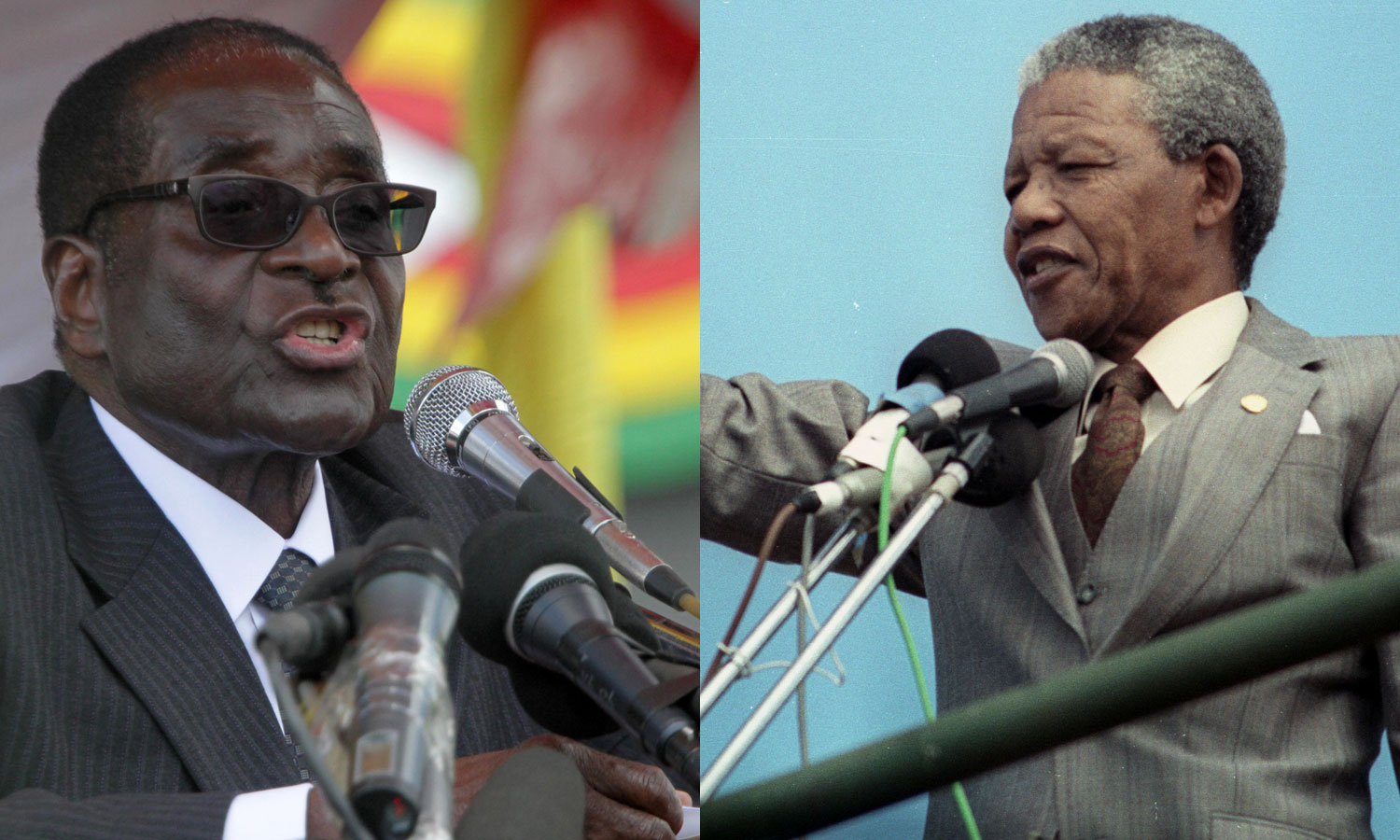 Two years after Nelson Mandela ended his service as South Africa’s first black president, I was sitting in his living room, invited, along with other journalists including Newsweek’s Ellis Cose, by the Reverend Jesse Jackson. We were visiting South Africa during the United Nation’s 2001 World Conference Against Racism, which had just effectively collapsed. Israel walked away from the conference when Arab states insisted on including language that criticized that nation’s treatment of Palestinians as racist. Then the United States walked away in support of Israel, a move some junior American officials said privately they strongly disagreed with. Given the level of rhetoric at the conference (one African nation said that black Americans should pay reparations to them because of the brain/labor drain of slavery), no nation should have expected a group hug.

As Cose wrote in his report for Newsweek, Mandela said, “When I heard…the American delegation had pulled out, I was on the point of picking up the phone and speaking to President Bush.” He didn’t. But within days, two planes had hit the Twin Towers, something I learned as I returned to South Africa after visiting family in Zimbabwe. And as the Bush administration began its drumbeat to war, Mandela did not hold his tongue. “Bush is now undermining the United Nations,” he later said. “What I am condemning is that one power, with a president who has no foresight, who cannot think properly, is now wanting to plunge the world into a holocaust.”

What I remember most about that magical and mind-blowing visit to President Mandela’s house was not his candor, his passion or his humor, but the fact that it was his home—not a presidential palace. After twenty-seven years in prison, eighteen of those on Robben Island, he became president in 1994 and left office in 1999. If any African could have taken on the mantle of president-for-life without much protest, it was Nelson Mandela. But the fact that he chose not to—and, in fact, chose to emphatically move to a speedy transition to a second president elected by a full franchise, not just whites—is perhaps the greatest achievement of his life aside from, or I would argue, even on par with, the liberation of his country from apartheid.

Africa needs a liberation from the notion of presidency for life, something I feel deeply as an American partially of Zimbabwean descent. The media (Western and even some African) tends to get Zimbabwe wrong. While Nelson Mandela was in prison, Robert Mugabe was one of the leaders of an armed civil war to wrest “Rhodesia” from a colonial control as brutal as apartheid. In 1980, the Ian Smith government ceded power, but not before much life was lost. One of my dearly departed great aunts grew food for the freedom fighters. She told me in a videotaped interview, while another relative translated, about the air raids that the government used to cut down civilians and fighters alike. “I only knew my daughter was dead when the dogs started dragging parts of her body back,” she said.

That is the backdrop of pain against which Mugabe became the leader of Zimbabwe, a nation with its gorgeous terrain, rich farmland and educated population. But when Stevie Wonder sang, “Peace has come to Zimbabwe,” he could not have known the future irony of his words. Mugabe first cut out the Ndebele leadership from his coalition, retaliating against the rival group that had joined in the fight for independence. Then he turned into a paranoid, ballot-fixing dictator. He had some help navigating there. Most people forget that in 1979, the British government had promised to pay white Zimbabwean farmers to relinquish their land—4,000 white farmers controlled 50 percent of the arable land, versus 10 million black Zimbabweans controlling the rest. But then the Blair government reneged on that agreement. Mugabe moved forward anyway, claiming the land for the people, but redistributing it mainly to political cronies.

Since then, we have seen a coalition government with Morgan Tsvangirai materialize and dematerialize against the backdrop of election intimidation, violence and chicanery. President Mugabe will turn 90 in February. He may well be a president for life. No one, not even he, can live forever. Of course, post-Mandela South African leadership has been no cakewalk. Thabo Mbeki courted the South African oligarchy while poverty deepened. Current President Jacob Zuma was acquitted of rape, but history will judge him harshly for lack of leadership as well as judgment. Still, for all that, it is better to have the promise of democracy and transition than the bitter aftertaste of a revolution gone awry.

And yet, what do I know of life on the ground? As I taped my great-aunt’s recollections, she rose to her feet, despite being blind by that time, and began to dance and to sing a song of revolution. As we reflect on the life of Nelson Mandela, I cannot help but see his life as a revolution, which has succeeded to the extent it has because he was willing to step aside, to trust that new leadership would emerge. Zimbabweans deserve the same chance—as do, I believe, all in our world.