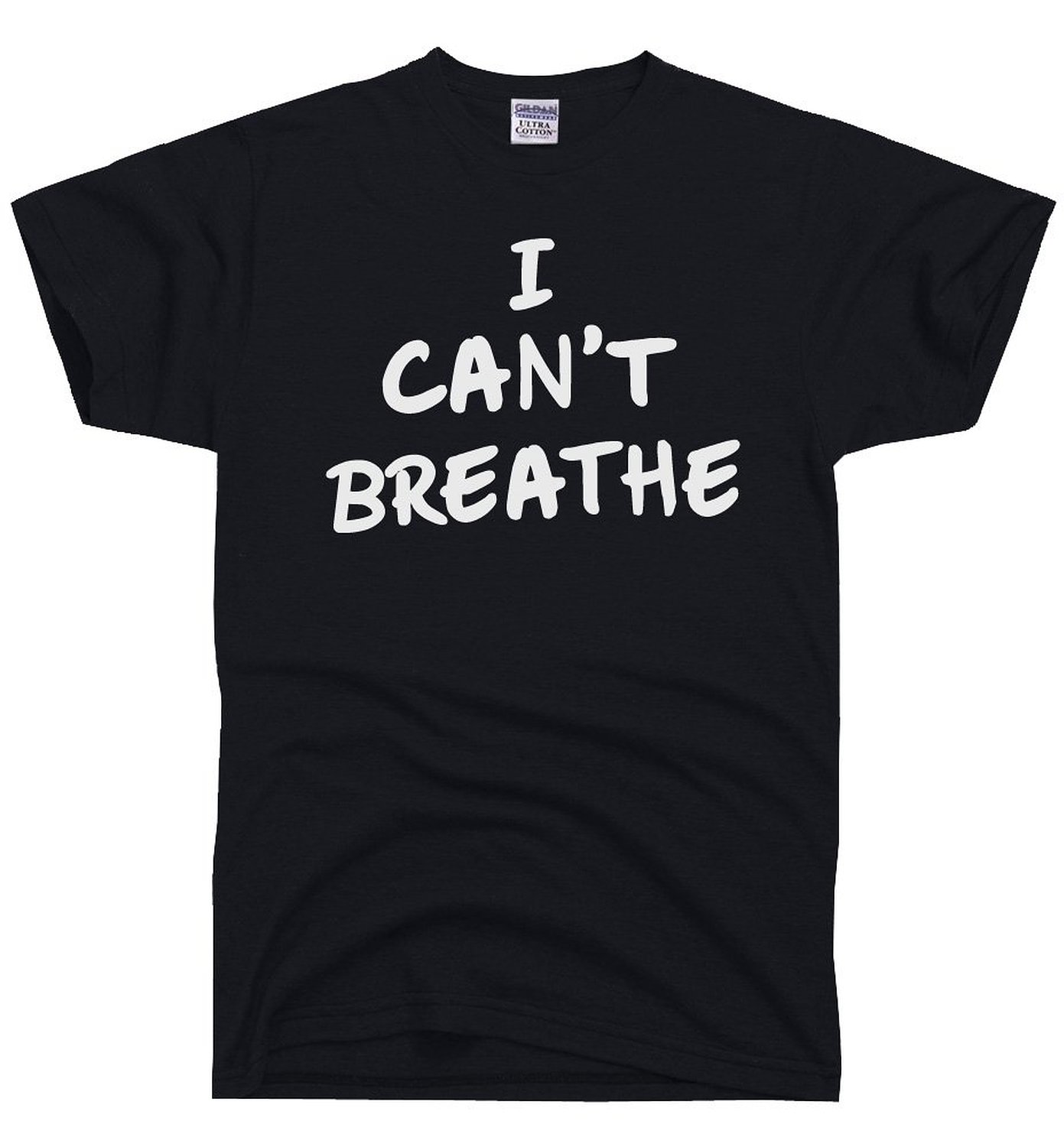 This is the shirt that earned Mendocino High School a disinvitation from a high school basketball tournament.

Eric Garner’s last three words as he was being choked to death by Staten Island police officers was “I can’t breathe.” Those words have since become one of the iconic slogans of not only the #BlackLivesMatter movement against police violence but of our times. These three words were seared into a much broader national and international consciousness after they were worn in pre-game warm-ups by some of the most well-known athletes in the United States. But it wasn’t just the LeBron Jameses and Derek Roses of this world who wore the “I Can’t Breathe” T-shirts on the court or on the field. A host of high school and college teams, far from the public eye (and in places as diverse as Berkeley and Colorado Springs) took those words to the court in a show of solidarity. Now one of those high school teams is paying the price.

The Mendocino boys’ and girls’ basketball teams, located in Northern California, were disinvited from the Vern Piver Holiday Classic basketball tournament this weekend because they had worn the shirts before a game on December 16. Fort Bragg High School (an institution with a black population of 1 percent) told Mendocino that they would not be allowed to play unless every player on the boy’s team and girls’ team refused to wear the shirts. The boys’ team was reinstated after every player but one agreed to this condition. That one very brave holdout is staying at home. As for the girls’ team, only a couple said that they would even consider not wearing the shirts with almost the entire team standing strong. They will not be fielding a team.

Principal Rebecca Walker of Fort Bragg issued a written statement on Friday explaining their position, in which she said, “To protect the safety and well-being of all tournament participants it is necessary to ensure that all political statements and or protests are kept away from this tournament.… We are a small school district that simply does not have the resources to ensure the safety and well-being of our staff, students and guests at the tournament should someone get upset and choose to act out.”

Keep in mind that up until now, there have been no reported incidents before any game, high school college or professional, in response to the players’ wearing the shirts. And we should ask: What kind of a message it is for a principal to send to young people that actually caring about the world and being educated on issues is somehow something that should be maligned and censored, if not outright punished?

As the father of one of the Mendocino players said to the Associated Press, “It doesn’t take a lot to suppress the exchange of ideas when you put fear into it.”

The stand that many of these players are taking teaches a far more important than a school giving a lesson in bullying. Mendocino High School deserves our support as well as a clear signal that they are not alone. We should let them know that their community should be proud of every player, especially on the girls’ team, for giving a damn.