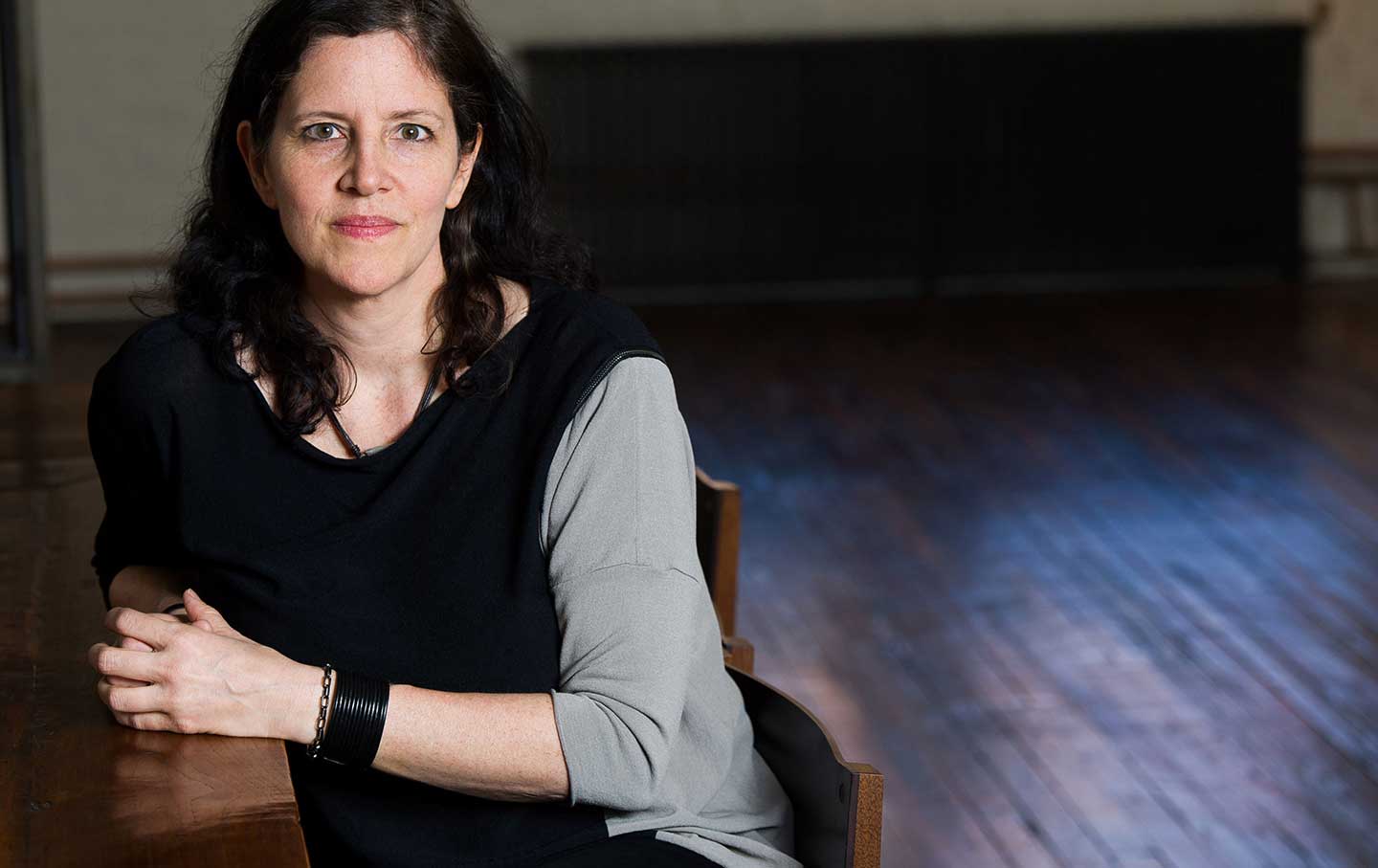 Laura Poitras’s new film Risk opens May 5. It documents six years in the life of Julian Assange, founder of WikiLeaks and controversial inhabitant of the Ecuadorian embassy in London. Laura Poitras received the Oscar for Best Documentary for her previous film, Citizenfour, about Edward Snowden. She also won a Pulitzer Prize in 2014, and a MacArthur “Genius” Grant in 2012. This interview has been edited and condensed.

Listen to Laura Poitras on the “Start Making Sense” podcast.

Jon Wiener: Risk and Citizenfour are different: In Citizenfour, you are very much in the background; Risk has more of you in it. You have a voice-over where you describe your dreams and nightmares. You quote from your production diaries, “I thought I could ignore the contradictions. I was wrong. They are becoming the story.” How did you decide to do it that way?

Laura Poitras: I wanted to present a narrative that had complexity and contradictions, and tell the audience about some of the contradictions I was feeling when I was filming: What’s the story about? What am I filming? What’s going on? Julian has done a lot of things that are incredibly admirable; he is brilliant in many ways, and flawed in many ways. Sometimes people like to know what to think: Is this film positive or negative about Julian Assange? But what do you do when it’s both?

JW: With Julian Assange, everybody knows what they think about him before they see this film. And what everybody knows now is that Donald Trump said, “I love WikiLeaks”—probably the three most famous words ever said about WikiLeaks. A lot of people will tell you that WikiLeaks worked with the Russians to help make Donald Trump president. Did you see that as a challenge in making the film?

LP: I’m going to push back on that a little bit, and ask what evidence you have of WikiLeaks working directly with the Russian government. What’s been alleged is that the Russians used an intermediary to submit to WikiLeaks. Julian hasn’t said whether or not he knew the identity of that intermediary—he has said the source is not a state actor. WikiLeaks has an anonymous submission system, where anyone can submit information that they believe to be newsworthy. What Julian said is that he verified the authenticity of the e-mails and the newsworthiness of the e-mails. And he published them based on those criteria. Now, that doesn’t erase the larger question of whether or not other nation-states are trying to game our elections, and what to do about that. But I do think that those are separate questions, and I think there’s a sort of narrow ideological dialogue happening around this election. I think we should step back and look at what the facts are.

JW: Fair enough. And every serious publisher tries to protect confidential sources. There’s nothing unusual about that.

LP: Absolutely. There seems to be this double standard around WikiLeaks where people constantly ask them who their source is. But are we asking James Risen or Bob Woodward who their source is? No, we’re not. The role of journalists is to protect sources.

LP: Sure. My film doesn’t pull punches around those issues. It addresses some of the issues around sexism and misogyny that are prevalent in the hacker community. Julian hasn’t been charged in Sweden. It’s an ongoing investigation. It’s clearly very politicized, because why does it take six years to decide if you’re going to bring charges? But what I’m trying to do in the film is to look at how political movements and organizations often excuse or enable abusive behavior or attitudes. I don’t believe that because somebody’s doing good work, or because they’re at risk, that you don’t talk about those things. I hope that the film will be a way to have a conversation about how to do it better. This is not the first movement or group of people who’ve had internal politics that are kind of messed up.

JW: Some of the critics say that in this film you’re too close to Julian Assange, that the film is too much a defense of him. That isn’t the way Julian Assange sees it today.

LP: There was a version of the film that I screened last year at Cannes, and two weeks after that there were new allegations of sexual misconduct concerning Jacob Appelbaum, who has done work with WikiLeaks and previously worked at the Tor Project. You see in the film that he stepped down. I needed to address this in the film. And then Julian was pressuring me to remove scenes in the film that address the issues around the Swedish case.

JW: You quote a text message that Assange sent you after seeing the film: “Presently the film is a severe threat to my freedom, and I’m forced to treat it accordingly.” I found that a shocking thing to say. I certainly don’t see it as a threat to his freedom. Do you see it that way?

LP: That’s a question for Julian.

JW: You had to recut the ending in the last couple of weeks because of the statement of Attorney General Jeff Sessions about leakers, including WikiLeaks. What exactly did he say?

LP: It’s really frightening. There were actually two statements. There was first a very lengthy speech given by Mike Pompeo, director of the CIA, attacking WikiLeaks directly, saying they don’t have protection under the First Amendment. Soon after that, Jeff Sessions said they are going to go after all leakers aggressively and put people in jail. That was in response to a question by a journalist about WikiLeaks and Julian. These are not just threats against Julian and WikiLeaks. They’re threats against sources and publishers. And those are threats that Trump ran on, and so we shouldn’t be surprised to hear them. We should condemn them. They are direct attacks on the First Amendment and the free press.