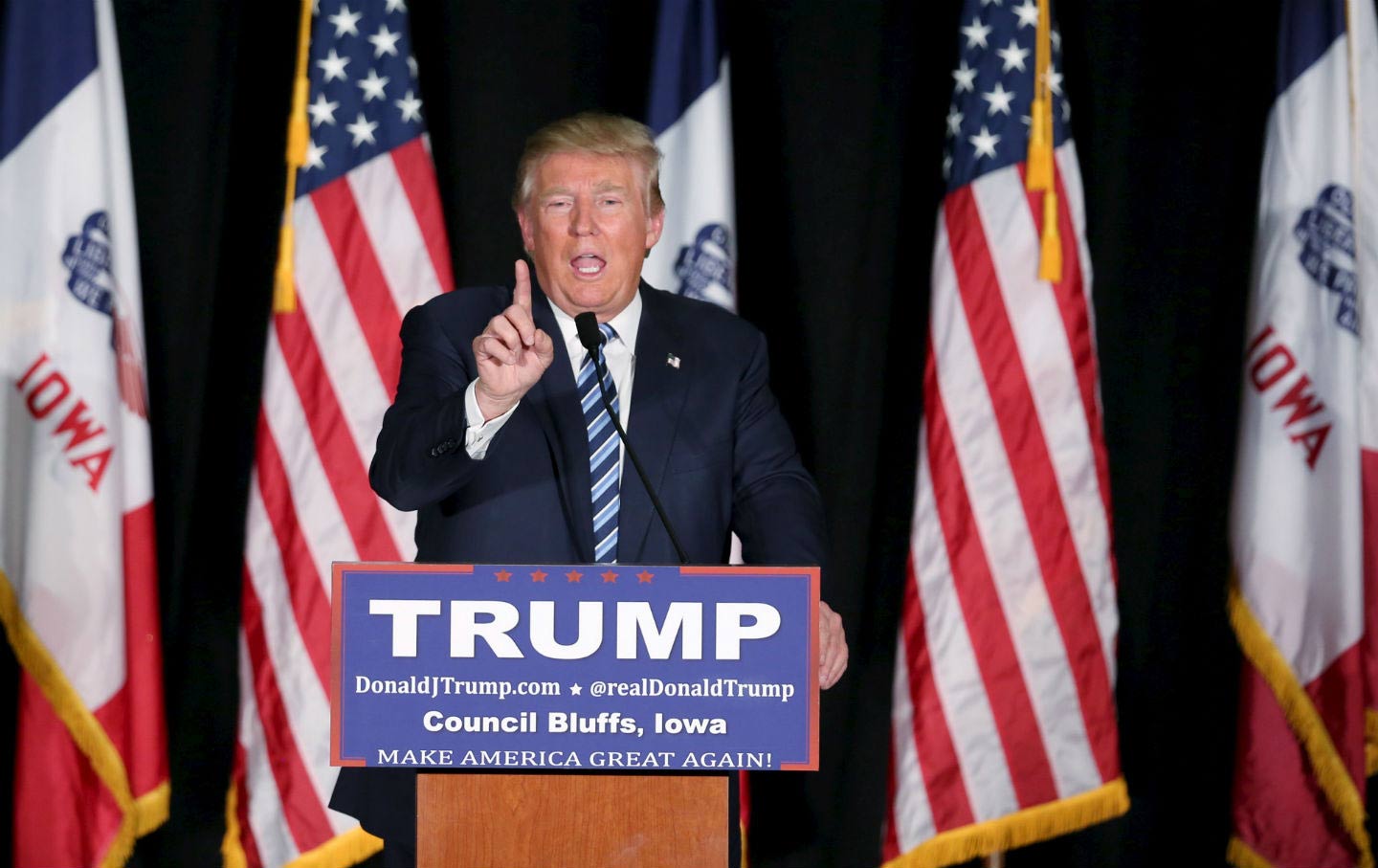 Like many people, I don’t understand the tenacious fealty that Donald Trump, for all his feckless inconsistency, inspires among his core followers. Undoubtedly, there are tangled layers of identity politics that underwrite his ability to command such loyalty while committing the political equivalent of shooting someone in the middle of Fifth Avenue, as he once joked about doing—axing the head of the FBI, sharing state secrets with Russia. Nevertheless, I remain intrigued by one aspect of that power: the subtleties of rhetoric into which he has been able to tap, using little more than a 200-word vocabulary. I am intrigued by the social life of Trump’s nouns and verbs.

James Comey, the nation’s top “law man,” was sacked for his failure to abide within the narrower law of unquestioned loyalty to Trump.

Let me begin with an easy example of what I mean: Aside from the pronouns “he” and “him” and “she” and “her,” the English language doesn’t have gendered or raced nouns. Yet it seems we do invest certain words and ideas with that kind of linguistic  exclusivity—“nurse,” “fireman,” “CEO,” even the very notion of “success” itself.

I wrote an essay when President Obama was first elected, worrying that at a deep lexical level, the very word “president” was raced and gendered as white and male. I don’t mean the narrative or historical precedents; I wonder if just the word “president” doesn’t have an invisibly raced masculinity as part of its reference that taps into something beyond what we think of as intentional prejudice. A black and/or woman president is more ineffably unsettling, almost as a grammatical matter. It’s like a verb that doesn’t agree with its subject—one wants to keep adjusting the form until it sounds or looks right.

During his campaign and before, Trump exploited that sense with interrogations of Obama’s birthright and disparagements about whether Hillary Clinton looked presidential. It was racist and sexist, but it exploited this undercover meaning of “president,” against which even the most pants-wearing cartoon renderings of Clinton—to say nothing of Obama and his lovely little family—stood in contrast. Backlash  seemed inevitable.

If Trump is to some degree a beneficiary of our concept of the “presidential,” I think there are yet more interesting examples of how he makes his actions seem inevitable and good to his base. I suspect that telling FBI director James Comey “You’re fired!” was, to Trump’s devotees, the mere semantic residue of a months-long discourse that made the final coup feel necessary, logical, and just-in-time.

The notorious tweet by Trump’s son Donald Jr. during the campaign illustrates the operative grammar of what I mean: “If I had a bowl of Skittles and I told you just three would kill you. Would you take a handful? That’s our Syrian refugee problem.” The “if” clause sets up an alt-fact hypothetical, followed by an immediate shift to the present tense: “That is” our problem. This effectively snatches a fictional conditional from the realm of the contingent future possible and makes it present, factual, here  and now.

Similarly, President Trump has used the phrase “law-abiding” in a very exclusive way. In a speech to the NRA in April, he promised: “No longer will federal agencies be coming after law-abiding gun owners.” In Trump’s English, “law-abiding” doesn’t simply denote a citizen abiding within the law. “Law” has a perimeter, in this instance walled even against agents of the federal government. “Law” becomes an abode, a geography distinct from the dystopic realm of the nation-state.

I wonder if this isn’t exactly what Trump was gesturing toward when he sent his longtime head of personal security (not even a Secret Service agent) to deliver the termination letter. Comey, officially the nation’s top “law man,” was sacked for his purported failure to abide within the narrower law of unquestioned loyalty to Trump.

Trump sometimes seems to revel in what he frames as an embattled status of constant persecution, against which he must perform constant acts of resistance. If some see this as paranoid and pugilistic, I think it appeals to his base by transforming a passive sense of political disaffection into an active charge: intercepting “carnage” before it happens. He becomes a “preemptive” self-defender holding at bay the subjunctive mood of probable, pending, or  likely victimization.

Trump’s language drives a sense of the necessary with constructions that imply action, such as “immigration must be controlled.” This creates a grammatical neediness that must be fed—a challenge to be met, a mountain to be climbed, an America to be regained, a message to be spread, a wall that must be built, an enemy that must be annihilated, as well as the always reflexively terrifying terrorist who must be stopped.

Ultimately, this kind of catastrophized thinking makes due process seem like a luxury we cannot afford.

These embodied horrors demand perpetual action, the obligations of quarantining, segregating, expelling, or exterminating. Donald Trump speaks this language fluently, though hardly exclusively: It can be traced throughout American political diction, the necessity for reacting to an ill-defined passive object. Comey needed firing… The hidden semantics operate as progressive, lurking, and active, provoking foreboding through moody tenses and tense moods, requiring resolution. It is a discourse that very efficiently layers a global sense of emergency with domestic fears of crime.

Ultimately, this kind of catastrophized thinking makes due process seem like a luxury we cannot afford. It nullifies statistics. It is the “eucatastrophe” of Greek theater, the deus ex machina that rises up out of the backdrop to save the day and end the story. It is the release, and the relief, the “of course”–ness of that cathartic catastrophe suspended in the middle of Fifth Avenue: “I could…shoot somebody” is reformed by the syntactical expectation that “somebody needed shooting.” Law is thus subsumed by the grammatical imperative of order—an executive, self-executing, executionary order-above-all.