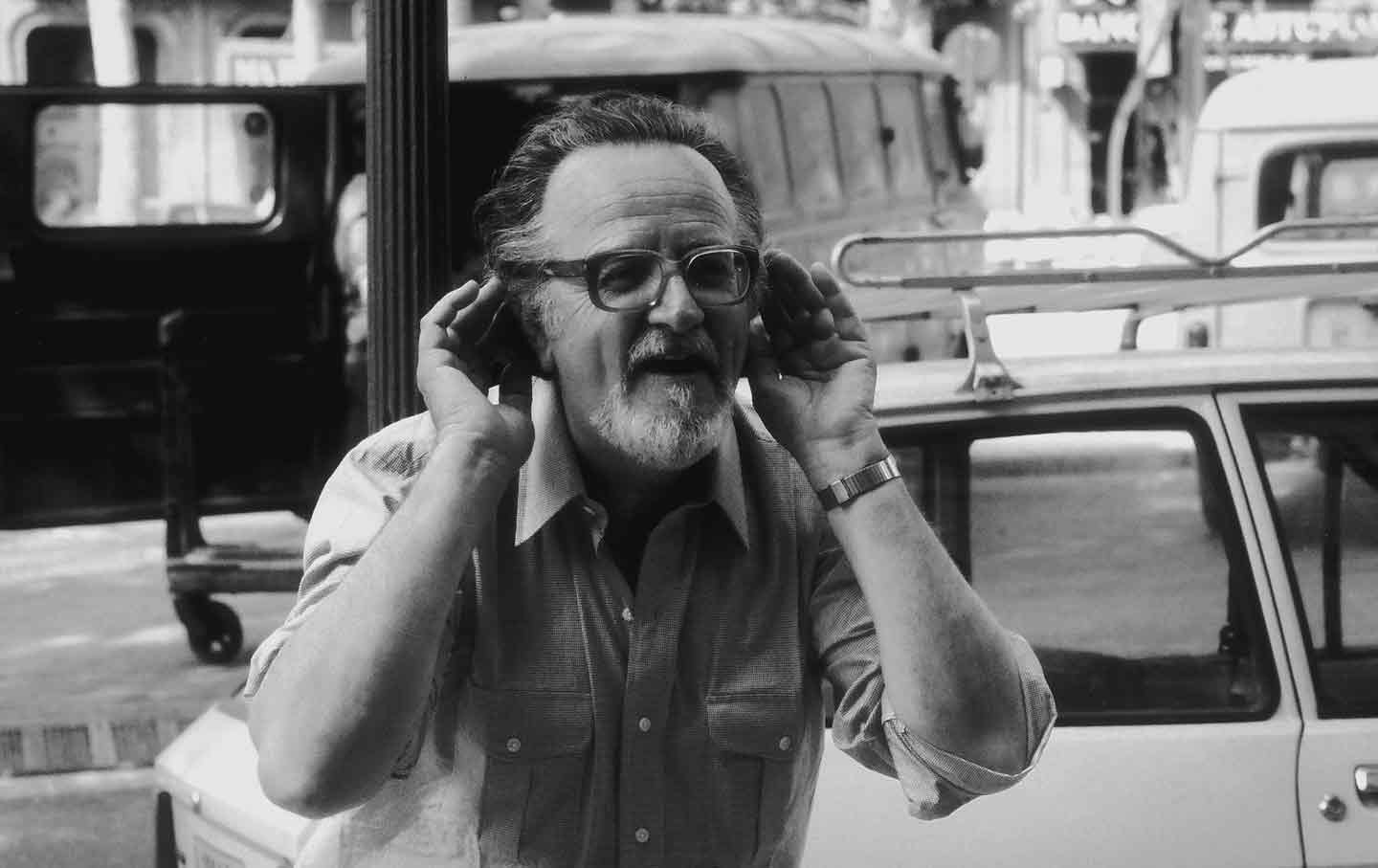 At the heart of the new Kurt Vonnegut book, Pity the Reader: On Writing with Style, is this letter from Vonnegut to the Chilean novelist José Donoso. The two men were in the midst of writing the great novel of their careers. But Donoso had informed Vonnegut that he was abandoning his book, despairing that he could ever finish it. Vonnegut replied to his friend and colleague with extraordinary generosity, urging him to cast off his despair and soldier on in the name of honoring the writer he was when he began it 10 years earlier. It is possible that this letter made a difference to them both: Vonnegut’s Slaughterhouse-Five would be published two years later, Donoso’s The Obscene Bird of Night a year after that—each changing the course of literary history. As Suzanne McConnell, the coauthor of Pity the Reader, notes, the key words here are “Be not afraid.” 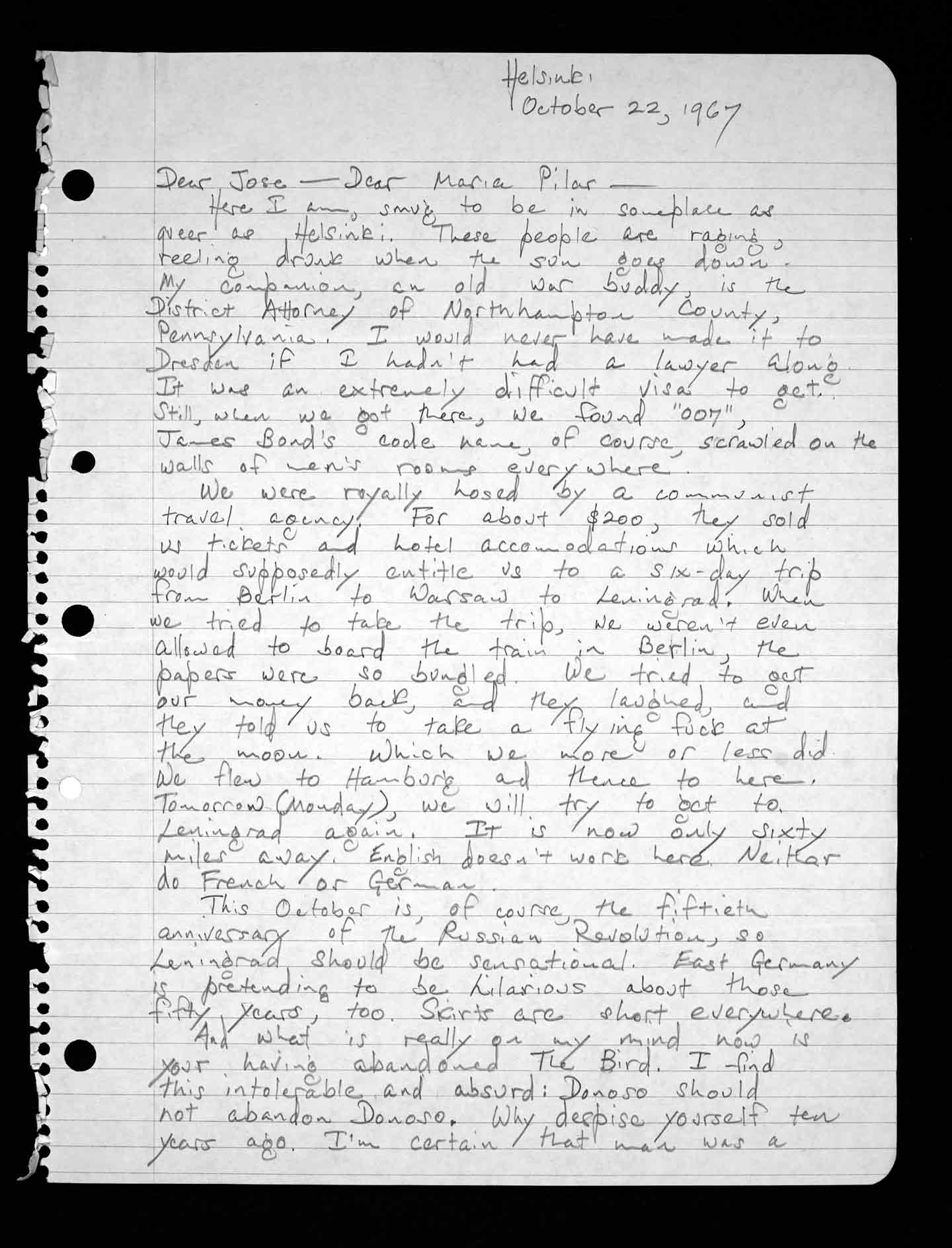 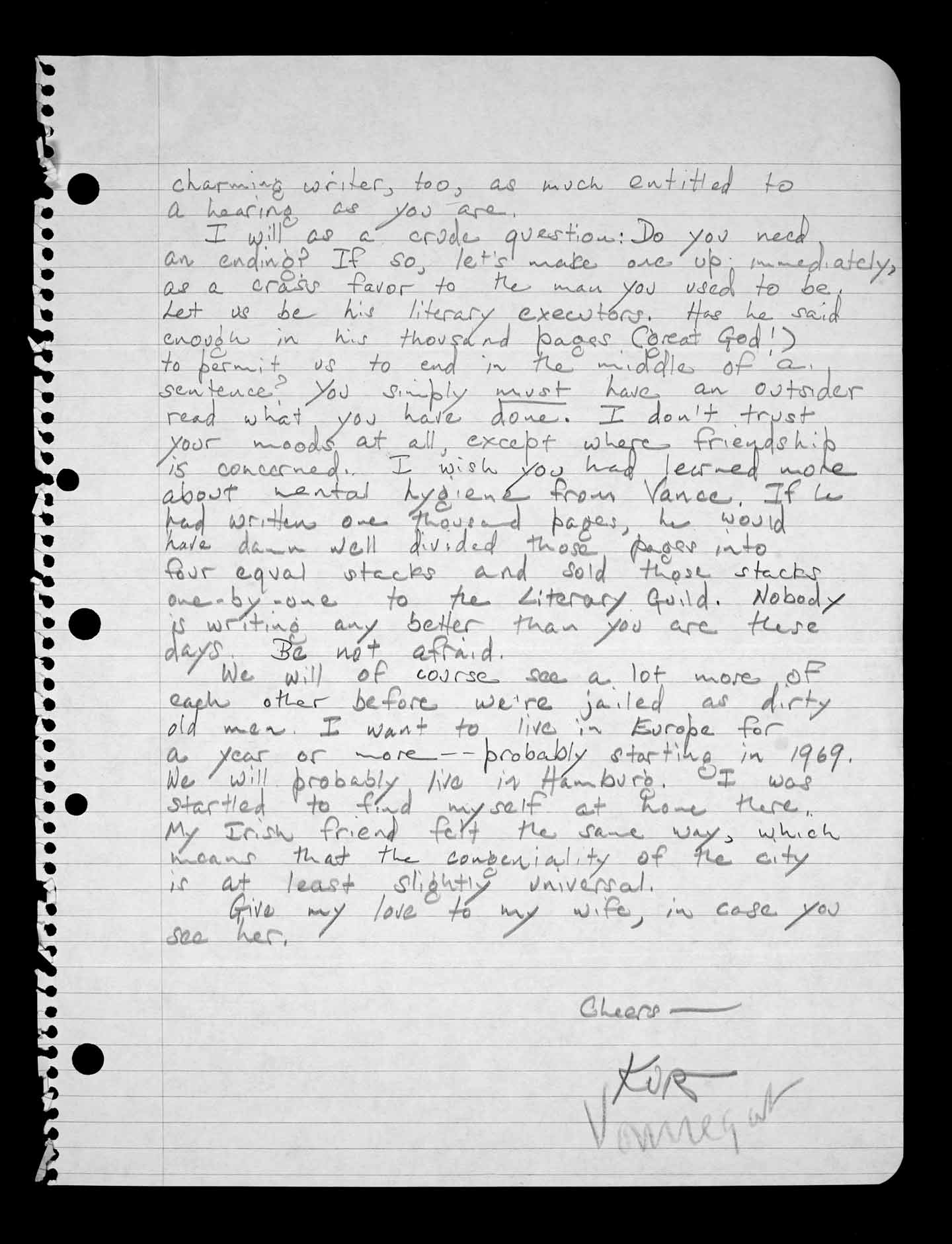 From Pity the Reader: On Writing with Style by Kurt Vonnegut and Suzanne McConnell, courtesy of the Department of Rare Books and Special Collections, Princeton University, reprinted with permission from Seven Stories Press. You can read another excerpt from Pity the Reader, on making a living as a writer, here.