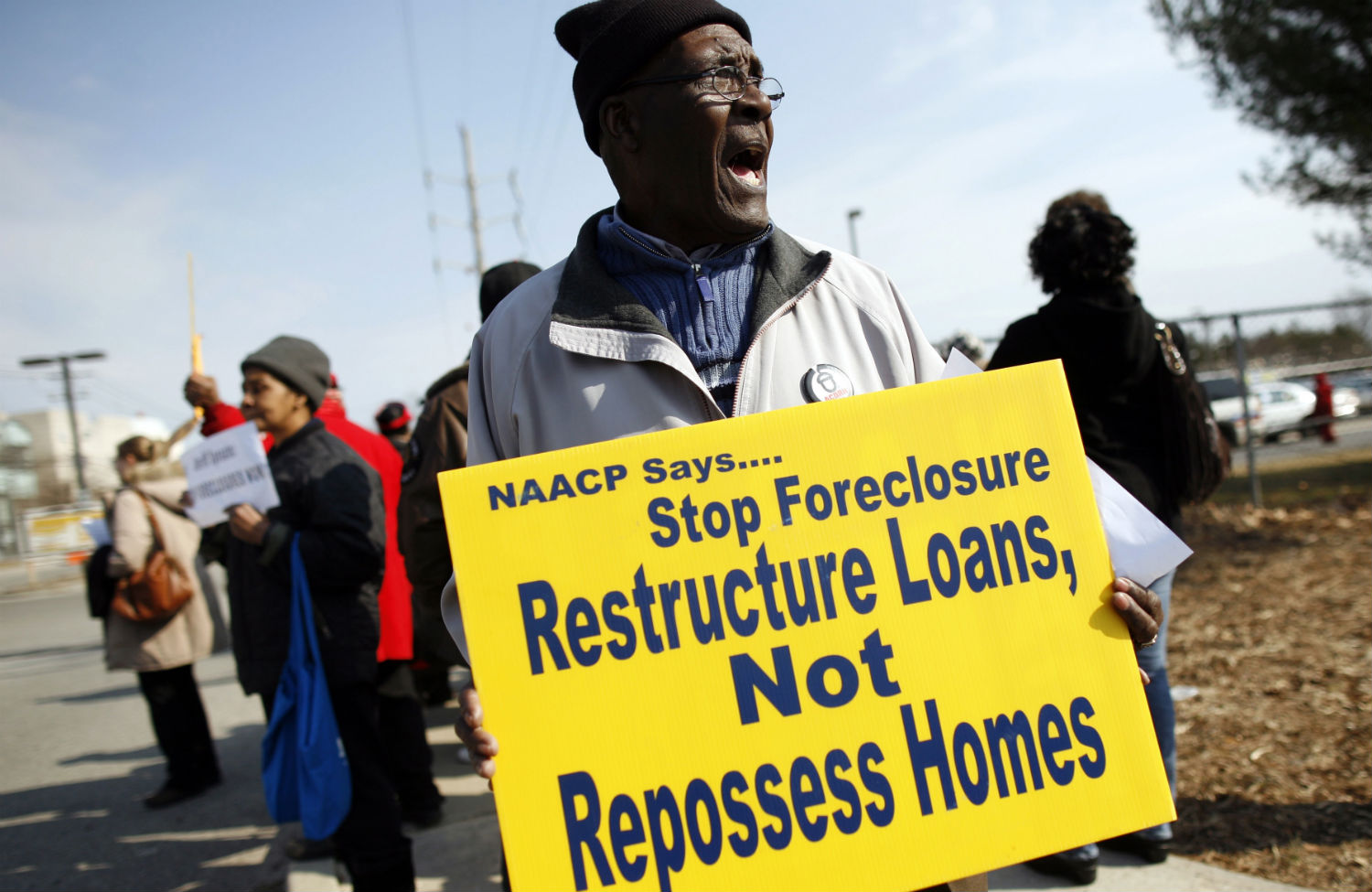 The unpunished killings of Michael Brown, Miriam Carey, Eric Garner, Tamir Rice and so many others reflect a racist criminal-justice system whose roots are economic. As the #BlackLivesMatter movement grows, it’s worth understanding the major economic force that sustains the racial wealth disparity in America: housing segregation.

This is the latest installment in “The Score,” a monthly feature about the economy by Bryce Covert and Mike Konczal.

Consider the history of Ferguson, Missouri, where Brown was killed. St. Louis passed one of the first redlining ballot measures in the country in 1916, designating some areas “Negro blocks.” While the Supreme Court struck this measure down a year later, real-estate-agent practices and covenants continued to bar black people from buying property outside of certain zones.

The federal government soon got into the redlining game. The New Deal’s mortgage programs, the Home Owners’ Loan Corporation and the Federal Housing Administration, used racial makeup to rate neighborhood property values across the country, giving areas where black people lived few “A” ratings and coloring them in red. This practice led to rising property values in white neighborhoods, with the opposite impact on black ones. Black people were thus shut out of the legitimate mortgage market—including the lower interest rates and down payments that one could obtain with mortgages through the HOLC or the FHA—pushing them toward more unscrupulous lenders who would often repossess a house over one missed payment. Housing prices plummeted in black neighborhoods, and those who could afford better homes still couldn’t buy outside these ghettoized areas.

Housing segregation deprives black families of the opportunity to build wealth through their homes. African-American borrowers were twice as likely to be affected by the foreclosure crisis as white borrowers, in part because they were preyed upon by lenders peddling high-cost subprime mortgages during the bubble. These lenders took advantage of the lack of access that black families have to traditional low-cost mortgages.

The crisis devastated what little ground black people had gained in building home wealth: by 2010, whites had six times the wealth of blacks, up from four times the wealth in 2007. With the housing market’s recovery, the median net worth of white households today is thirteen times higher than that of black ones. Median wealth for black families fell 33.7 percent between 2010 and 2013, while white households saw theirs rise. Even black Americans with high levels of income and education cannot escape high-poverty areas. Among middle- and upper-class black people, half of all children are raised in impoverished neighborhoods, compared with just 1 percent of their white peers.

Housing segregation also means that black students are often crowded into troubled public schools. The education system is segregated along racial lines and funded by property taxes, with white students attending schools that are about 73 percent white, and black students attending schools that are nearly 50 percent black. Predominantly black schools are usually lower in quality, with higher shares of inexperienced and uncertified teachers. A lack of educational opportunity can significantly hamper earnings later in life. Black students are also three times as likely to get suspended or expelled and become fodder for the school-to-prison pipeline, all but negating any future economic opportunity.

The rallying cry of “Black lives matter” is simple, yet it demands so much of this country. When it comes to seeking either opportunity or justice, black lives still come at a discount.