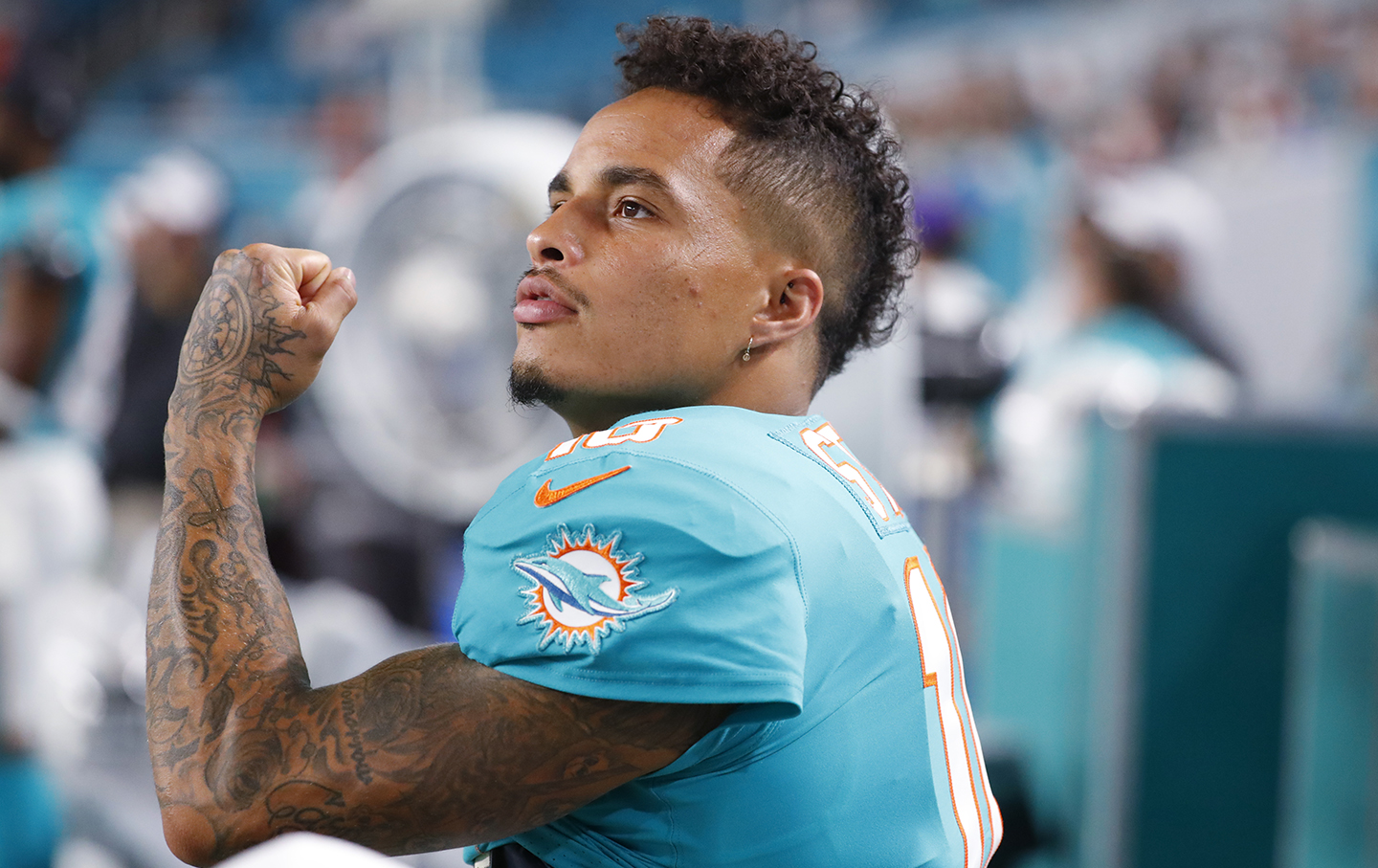 Here are the facts: Donald Trump is a white supremacist. Nine NFL franchise owners gave money to Trump’s 2016 election campaign and “inaugural committee” slush fund. (One of those owners, Bob McNair of the Texans, is now dead. Another, Shahid Khan, the only NFL owner of color, has expressed regret.) The NFL is almost entirely dependent on black labor and black bodies in its pursuit of billions of dollars in annual profits. The league has seen a wave of player activism and outspokenness around issues of race and racial justice. Going into an election year, this is a combustible mix of factors.

We may have gotten a preview of this collision course last week in Miami. At issue was the team owner of the Miami Dolphins, Stephen Ross. The 79-year-old real estate developer—who holds a net worth near $8 billion—runs a nonprofit organization called the Ross Initiative in Sports for Equality (RISE). The mission statement for RISE is quite blunt, saying that it is “a national nonprofit that educates and empowers the sports community to eliminate racial discrimination, champion social justice and improve race relations.”

So when the news broke that Ross would be holding a $250,000-a-plate fundraiser for President Donald Trump, Miami Dolphins wide receiver Kenny Stills tweeted, “You can’t have a nonprofit with this mission statement [and] then open your doors to Trump.”

Following the tweet, Stills said that he had received death threats for that one tweet. Then he said, “Someone has to have enough courage to let him know he can’t play both sides of this…. If you say you’re going to be about something, let’s be about it.”

Stephen Ross—through an “unnamed source”—responded to Stills by saying that he and Trump “agree on some things and disagree on others, specifically on the rhetoric around race. With regards to race, Stephen’s record on fighting racism speaks for itself. It is possible to support someone on the basis of some things, and not agree with everything about them.”

In other words, Ross, who has known Trump for decades through their real estate dealings, loves the tax cuts. But the racism? Apparently, not so much. Expect to hear a similar line from other bigwigs in the NFL like Jerry Jones of the Cowboys, Bob Kraft of the Patriots, Stan Kroenke of the Rams, and, of course, an NFL owner with his own heavy racial baggage, Dan Snyder of the Washington Football Team Named After a Racial Slur. They will parrot the idea that they “agree on some things” but not others, as a way to keep the toxic public relations—as well as anger from their own labor force—at bay.

But it won’t work.

This is not the first time that Stills has used his hyper-exalted platform to speak his mind. He has been an outspoken supporter of Colin Kaepernick as well as for the right of all players to take a knee during the national anthem in protest of racist police violence. When Stills took a knee before the start of the 2018 season and was asked what it would take for him to stop, he said, “What would it take? It would take a lot. But I think a good first step for us as a league would be acknowledging what they’re doing to Colin Kaepernick…. You can’t say as a league that you support the players and the protest and then blackball the players that initially started the protest.”

In addition, Kenny Stills was the first player to join New England Patriot Michael Bennett in backing out of a trip of NFL players to Israel, after Bennett published a letter linking the treatment of Palestinians by the Israeli Defense Forces to the oppression of black people by police in the United States. In other words, Stills is somebody who has been willing to speak his mind despite the risks of being “Kaepernicked” by a league without guaranteed contracts and without remorse when it comes to punishing players for speaking their minds. Yet what has happened this week should not be seen as a Kenny Stills–Stephen Ross story. It should be understood as perhaps the first shot across the bow from restive players who are done with the hypocrisy behind who gets to be political and who has to “stick to sports.” Kenny Stills may be the first player to be outspoken about the NFL’s Astroturf “concerns” about racism and owners’ support for a white supremacist president. But he won’t be the last.