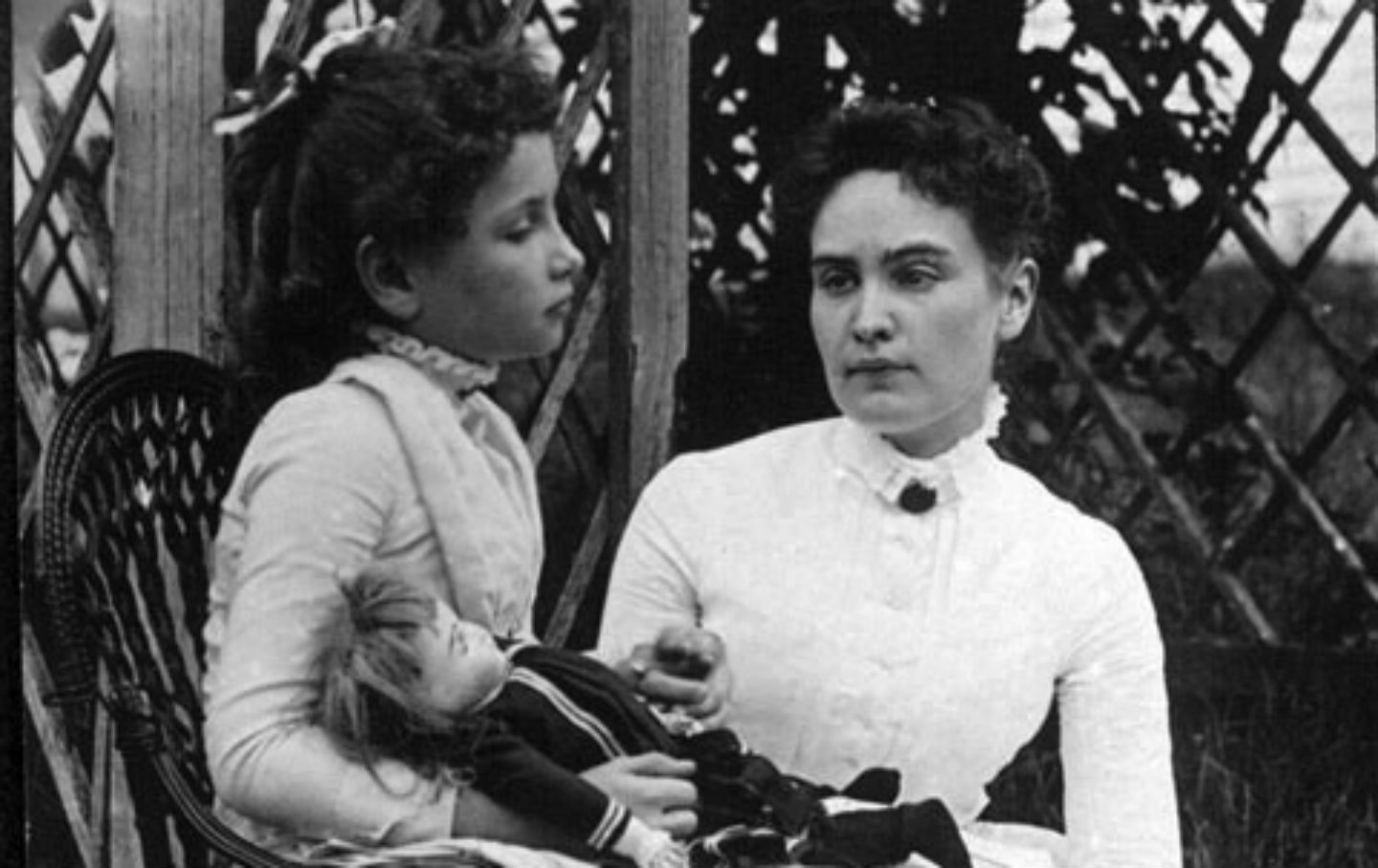 American schoolchildren tend not to be told that other than being an extraordinarily brave woman and a gifted writer, Helen Keller was also a deeply political and committed activist. In 1924 she wrote in a letter to Wisconsin Senator Robert M. La Follette: “So long as I confine my activities to social service and the blind, they compliment me extravagantly, calling me ‘arch priestess of the sightless,’ ‘wonder woman,’ and a ‘modern miracle.’ But when it comes to a discussion of poverty, and I maintain that it is the result of wrong economics—that the industrial system under which we live is at the root of much of the physical deafness and blindness in the world—that is a different matter!“ This continues today, nearly 50 years after she died. In a review of her book Midstream in May of 1930, Nation editor and publisher Oswald Garrison Villard focused directly on this overlooked aspect of Keller’s legacy:

Perhaps the best thing about it all is that Miss Keller has come through to middle age a liberal in spirit. With the beauty of the outward world denied to her, she is not only free from bitterness and melancholy, but is most eager that the lot of all other human beings, advantaged or disadvantaged, should be more and more freed from the restraints of narrow conventionality and the heavy chains of our industrial civilization. The injustices of our society weigh heavily upon her. Where others in her situation might well feel free to think only of themselves, Miss Keller is ready by word and purse to serve at all times, to bear witness to the breadth and the wisdom of that inward vision of a better world than the one she has faced with such superb courage.