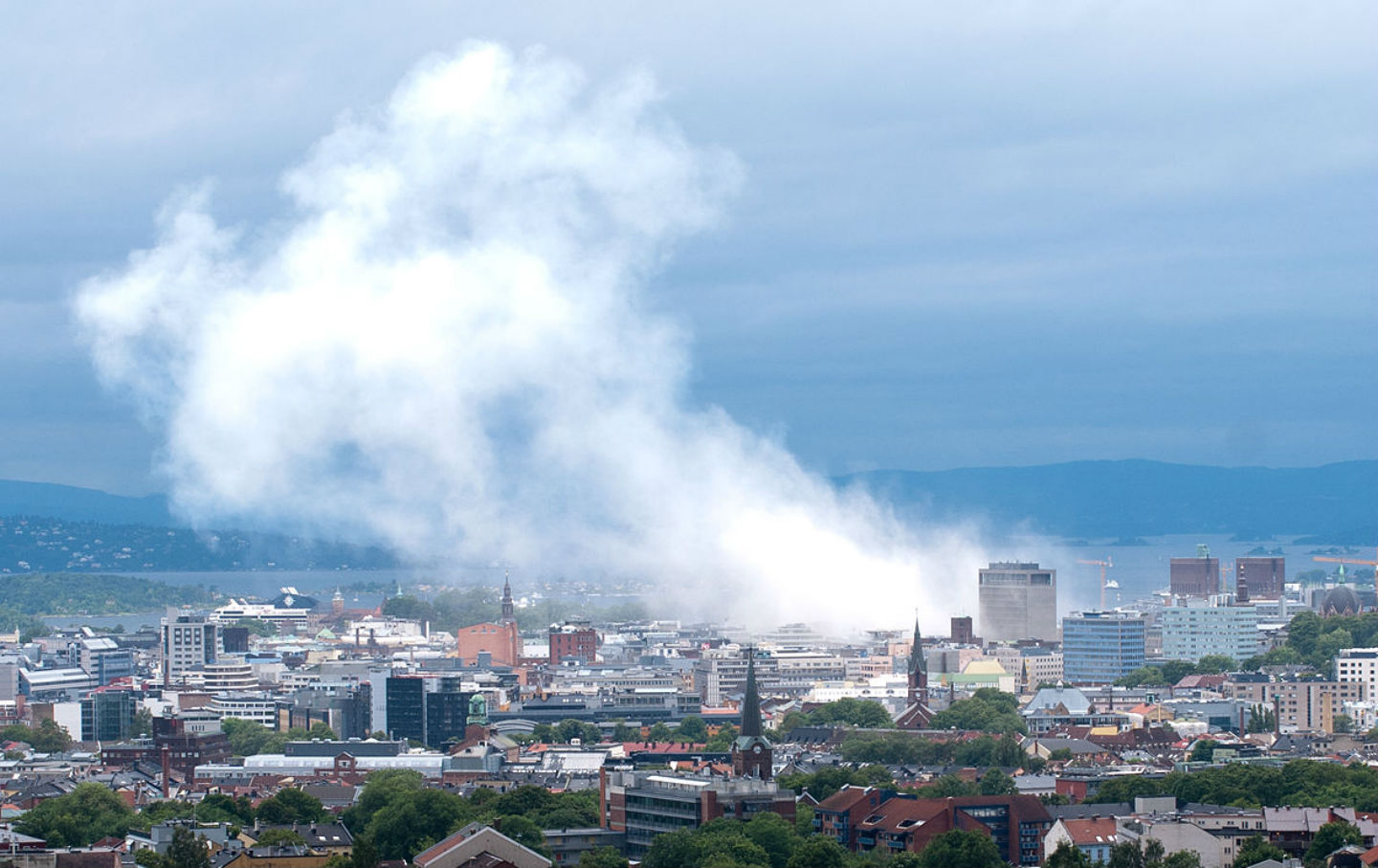 Oslo during the terrorist attacks, in which Anders Breivik set off a car bomb in the government district before he took a ferry to a nearby island and murdered 69 people who were attending a summer camp. (Wikimedia Commons)

It was on this day four years ago that Anders Behring Breivik unleashed his hellish assault upon the people of Oslo and the visiting young Labour Party stalwarts on Utøya Island. After the attack, The Nation’s Gary Younge explained where Breivik fit within the wider firmament of the European, and indeed international, right:

There are some in Europe who are struggling to cope with the changes taking place—who are failing to integrate into changing societies and who harbor deep-seated resentments against their fellow citizens. They are a growing segment of the white population who have once again made fascism a mainstream ideology…. Breivik was from a particularly vile strain of that trend. But he did not come from nowhere. And the anxieties that produced him are growing. Fascists prey on economic deprivation and uncertainty, democratic deficits caused by European Union membership and issues of sovereignty related to globalization. Far-right forces in Greece, for example, are enjoying a vigorous revival. When scapegoats are needed, they provide them. When solutions are demanded, they are scarce.