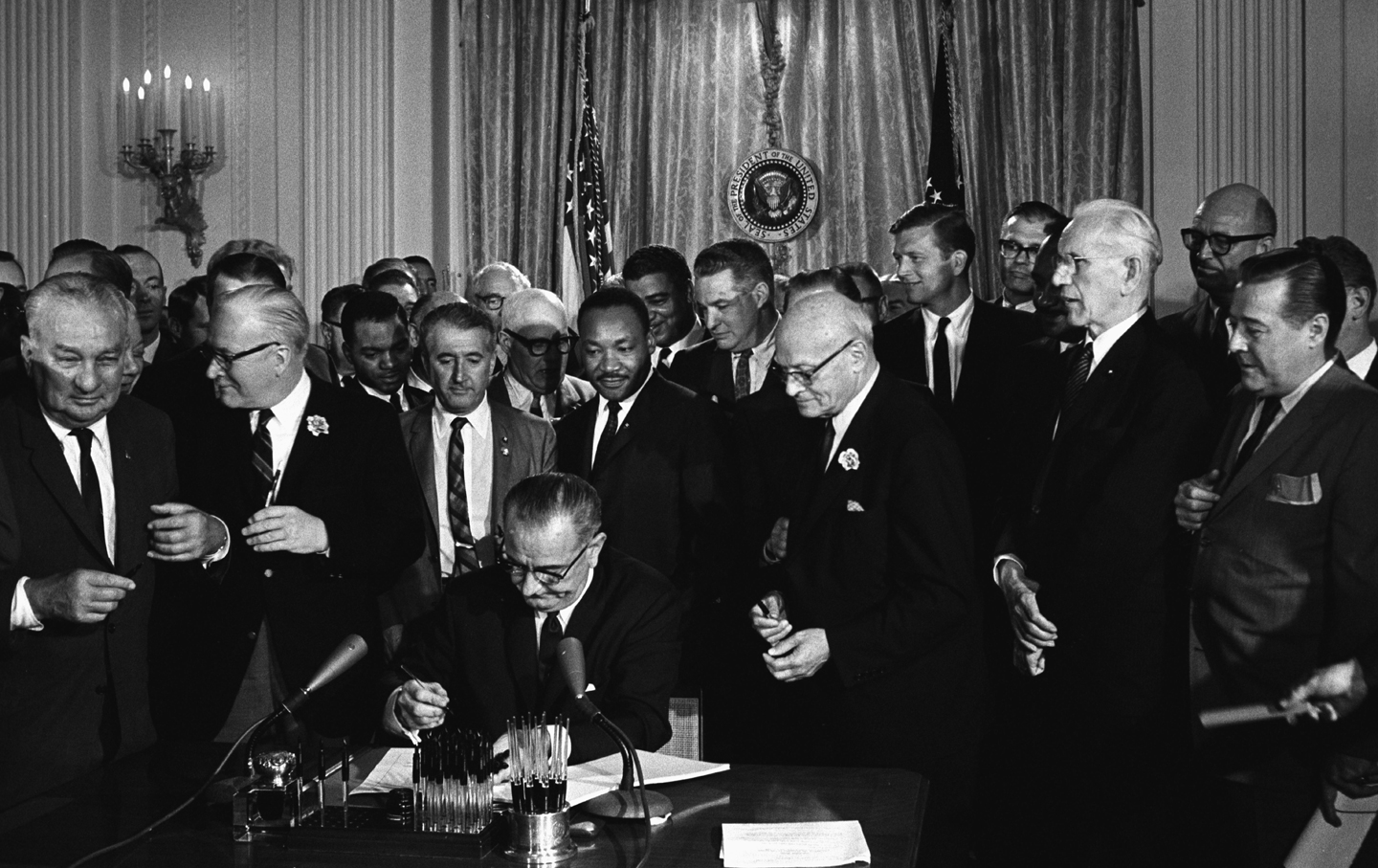 Lyndon B. Johnson signs the Civil Rights Act of 1964 in the presence of Dr. Martin Luther King Jr. and others. (Wikimedia Commons/White House)

On this day in 1964 President Johnson signed the Civil Rights Bill, which contained significant sections banning discrimination in public accommodations. When it became clear in early June that the bill would pass, The Nation wrote an editorial titled “The Long, Hot Summer,” on how much the bill would deliver and how much work there still was left to do. According to a hand-scrawled note in the bound volume of 1964 issues we have in the Nation offices, the editorial was written by Dan Wakefield, who had been covering the civil-rights movement for The Nation since 1955, and introduced the editor Carey McWilliams to Dr. Martin Luther King Jr.

It seems likely that a civil rights bill—and a fairly good one—will be passed. Granted that no single piece of legislation, or for that matter the Constitution itself, can work miracles, granted that it would be a mistake to arouse false anticipations, and granted also that the big social and economic problems centering on race discrimination will arise after civil rights have been won, it is nevertheless likely that if the bill is enacted into law soon, significant and prompt gains can be expected in at least two crucial areas: public accommodations and employment….

But the most important gains are perhaps less direct. Specifically, the legislation will provide a framework of achievable goals within which agitation, demonstrations and picketing will tend to take place. Instead of spreading all over the lot, this activity can be directed along the lines of the legislation, which will channel and concentrate the energy of the movement. The effects may be formidable. In these ten years of frustration strong civil rights organizations have developed. They have had a lot of experience, resolute leaders have risen from the ranks, and they will press hard to win the rights embodied in the legislation. And they will not stop there.