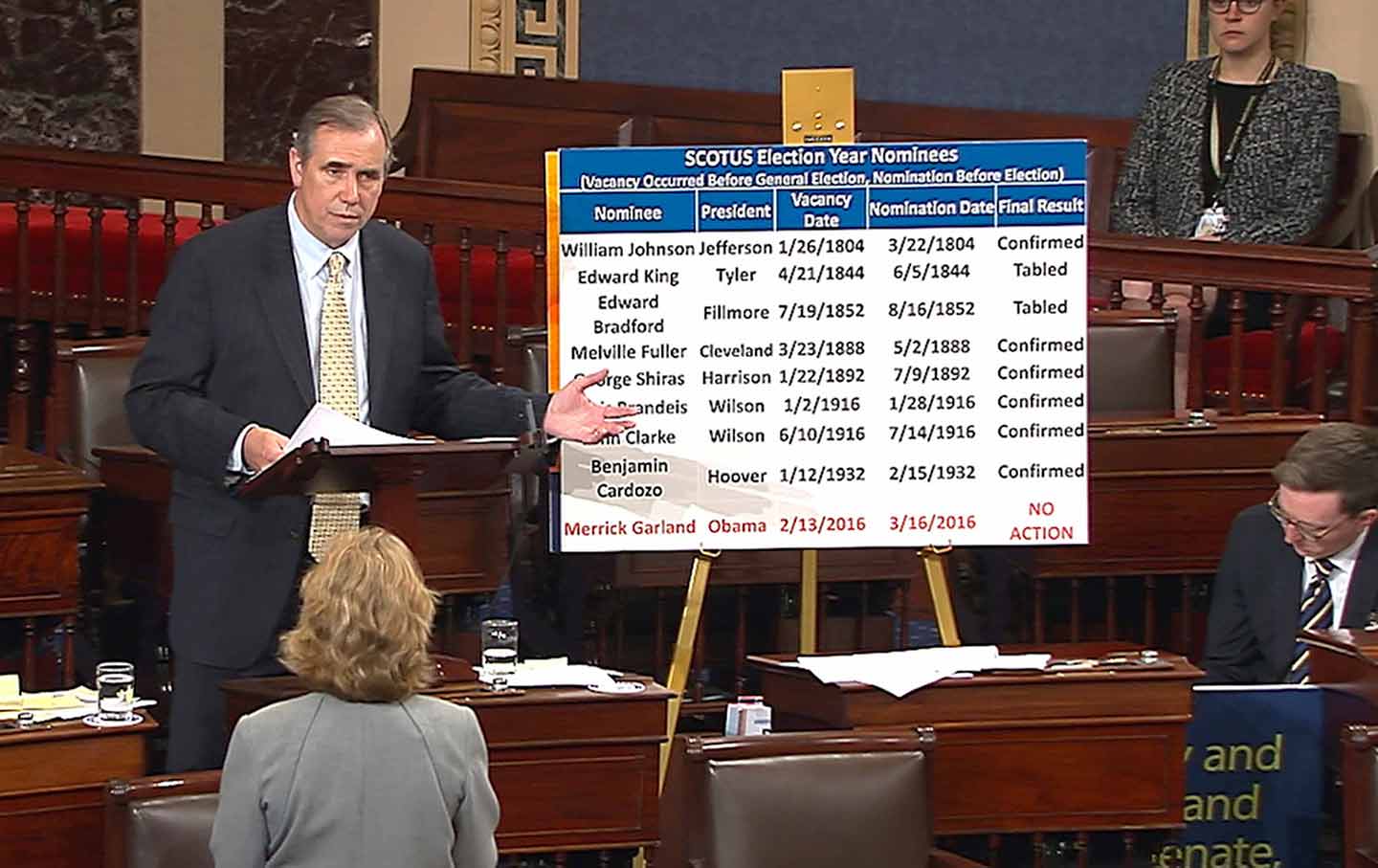 Senators are not merely allowed to filibuster against judicial nominees they deem to be inappropriate or illegitimate choices to serve on the Supreme Court of the United States.

They are required to do so.

The Constitution establishes a system of checks and balances. Along with the impeachment power (the exercise of which begins with the House), the provision for senatorial advice and consent is the essential underpinning of that system.

When a nominee to the high court is being considered, senators have the authority to grant consent or to withhold it. And, when they choose to withhold it out of concern about the corruption of the process by which judicial nominations are considered, senators have a duty to use every power available to them to prevent a rush to a wrongheaded judgement.

That is what Oregon Senator Jeff Merkley, among the ablest and most-experienced legislators in the chamber, was doing Tuesday night and Wednesday morning, when he held the floor for more than 15 hours with a traditional “talking filibuster” against Donald Trump’s nomination of Neil Gorsuch to the Supreme Court.

“The refusal to consider Merrick Garland was the real nuclear detonation—all else follows.”—Senator Jeff Merkley

“By stealing a Supreme Court seat for the first time in American history, the Senate is undermining the Court and the rule of law, and turning the highest court in the land into a political committee,” Merkley explained as he went to the floor at 6:46 Tuesday evening. “This assault on our democracy demands as robust a resistance as we can possibly mount.”

By 6:46 the following morning, he was still going. And he kept going until after 10 am.

Often standing beside an image of the Constitution, Merkley explained that Judge Gorsuch is seeking to fill a seat that, by all rights, should have gone to Judge Merrick Garland. Nominated by President Obama more than a year ago, rated as qualified by just about everyone (including Gorsuch), Garland was denied a hearing by Senate majority leader Mitch McConnell and other Republicans who openly lied about the process as they corrupted it.

McConnell’s Republicans claimed that the Senate has no tradition of considering and approving Supreme Court nominees in presidential election years. That was blatantly false, as Merkley explained Wednesday morning when he reviewed presidential-year deliberations going back to Thomas Jefferson’s presidency. Yet candidate Donald Trump took up the Republican lie as part of his presidential campaign in 2016. And now President Trump and his allies are seeking to take advantage of the crisis they created by advancing the Gorsuch nomination.

The Republican threat to use the “nuclear option” on Thursday—changing the rules of the Senate to upend a Democratic filibuster of the Gorsuch nomination—is a further corruption of the process.

While the Senate GOP “talks about their nuclear option,” said Merkley, “the refusal to consider Garland was the real nuclear detonation—all else follows.”

The Oregon senator’s determination to hold the floor of the Senate in order to drive that point home represents an inspired defense of the Constitution, the system of checks and balances, and the rule of law in a Capitol where the founding premises of the American experiment are under assault by McConnell and his minions.