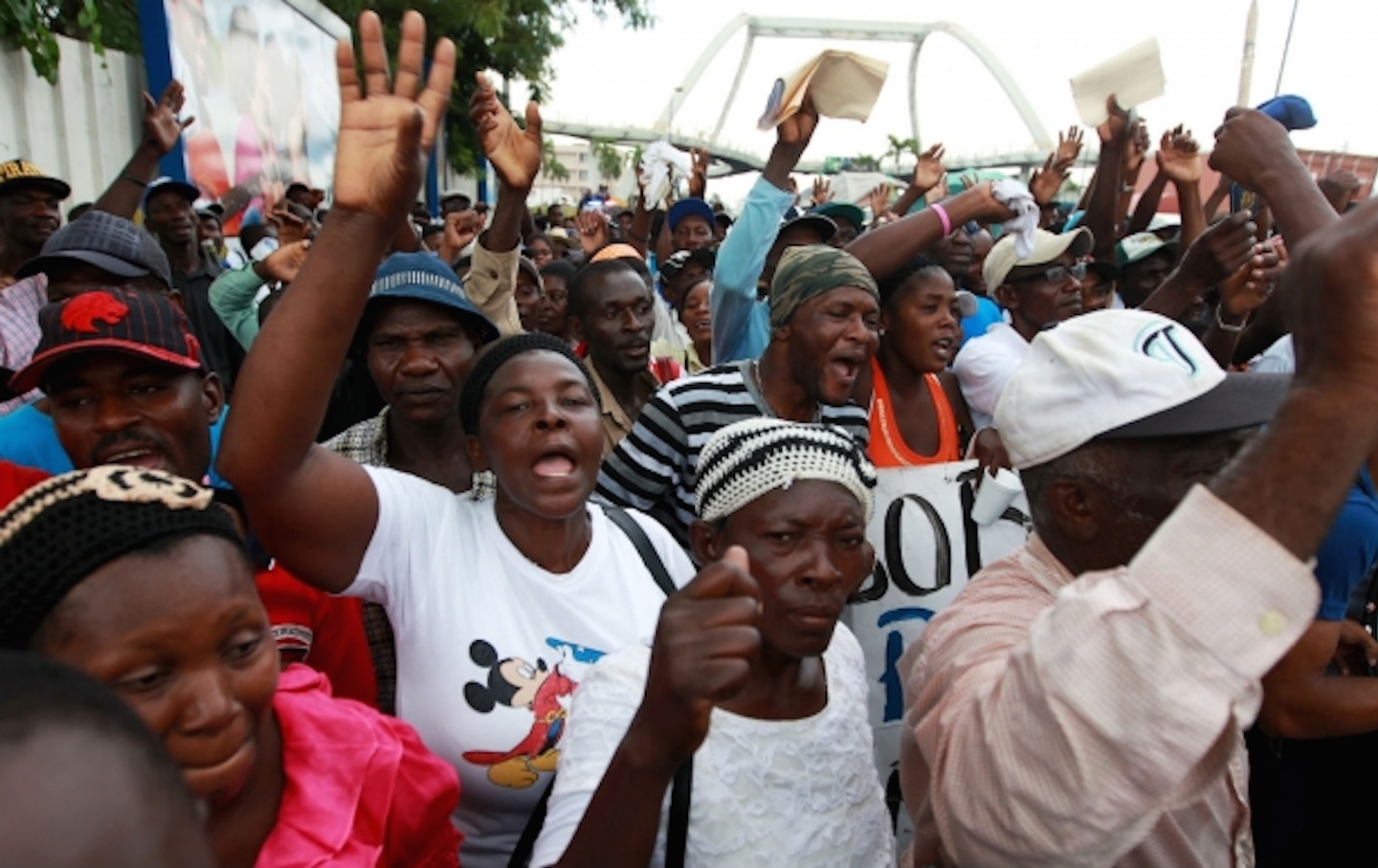 Santo Domingo, Dominican Republic—On most days, the simple act of walking down Duarte Street gives social worker Suzie Chery relief from the stress that is the life of any Haitian living in Santo Domingo. But on this muggy, overcast Thursday, her daily Duarte stroll only added to the tightening of her back and entire body.

Haitians in the Dominican Republic have dominated the informal, urban economy since the decline of the sugar industry in the 1980s and ’90s. “On this strip here,” Chery said, continuing her tour, “there were three or four men selling clothes and a half a dozen men and women selling pikachu [creole for hot dog with mayonnaise on a stick], juices and other food.”

“All of this would have so many Haitians you’d be bumping into them left and right,” continued Chery, who feeds her love of this city’s streets by studying architecture and urban planning. “But now all those spaces are empty, because today is the first day the government said it would start deporting people, so some people have already left for Haiti, and others are hiding in their homes because they’re scared.”

As we headed towards Centro Bono, the Jesuit-run social service and advocacy agency where Chery is a social worker, she got several calls. The calls were from university students from around the small island nation whom she has organized to monitor the effect of the Dominican government’s deportation announcement.

Concentration Camps in the Dominican Republic?

“People in San Pedro Macoris are saying that Dominican businesses that sell 50,000 to 100,000 pesos of merchandise to Haitians are only selling 3,000 pesos worth,” she said. “Reports from Santiago and other cities are saying there are lots of abandoned streets and people in hiding. We’re hearing that many people are already leaving because they prefer leaving for themselves rather than having the humiliation of the government kicking them out.”

Looking out at the empty spots on Duarte, she squinted, looked up and nodded her head. “It’s the day without Haitians in Dominican Republic.”

Centro Bono’s usually packed offices were also empty Thursday, with very few people in the waiting room. Like the air outside Centro Bono, the humid atmosphere inside is charged with fear, anxiety, and doubt about the future. The government’s announcement that it would begin deporting people who did not “regularize” their legal status by meeting Wednesday night’s deadline for turning in paperwork hangs over the office and the entire Haitian community like a death foretold.

“Not all Dominicans hate us, but all of them need us. We helped build this country.”

Making the air even more noxious were two added elements that together make for a toxic cultural mix: the confused and mixed messages from government officials celebrating “success” in meeting Wednesday’s deadlines and upcoming deportations; and the coded, but virulent anti-Haitian, pro-deportation messaging (i.e., pushing the success of the June 17 deadline as the “duty” of every Dominican) in the DR’s powerful, extreme-right-wing corporate media.

Chery and lawyers in her office showed me the thick file of problems they’ve collected, supporting their demand for an extension of the regularization deadline: bureaucratic snafus like lost documents and documents delivered late or never delivered; offices lacking electricity and other basic infrastructure to process applications; confused and nonexistent outreach to those who must register; and other failings. “I myself have applied,” Chery said, “but I don’t really believe in it and I don’t believe it has or will work, because the government designed it not to work. By failing, they will help realize the dreams of the ultra-right-wingers: to get rid of us.”

As she was speaking, Alain (name changed), a quiet, young Haitian man with a scar on his eye, walked into the office. After exchanging greetings, Chery persuaded him to share with me the story behind his injury.

“I was waiting in line [at the Interior Ministry headquarters] for days, sleeping there, hoping they would process my application and attend to me,” said Alain, a 28-year-old water vendor with an athletic build who loves futbol. “The people were getting anxious because yesterday was the last day and so many of us have heard nothing from the government, and we started to get tense. The police responded by beating some of us and telling us to go away or they would beat us. And that’s what one of them did to me.”

Asked if and when he would return to sell water on Duarte and other streets, Alain said, “I don’t know. I don’t feel safe, but there’s nothing for me to do in Haiti right now, and this is my home.”

“And,” he added, “not all Dominicans hate us, but all of them need us. We helped build this country.”