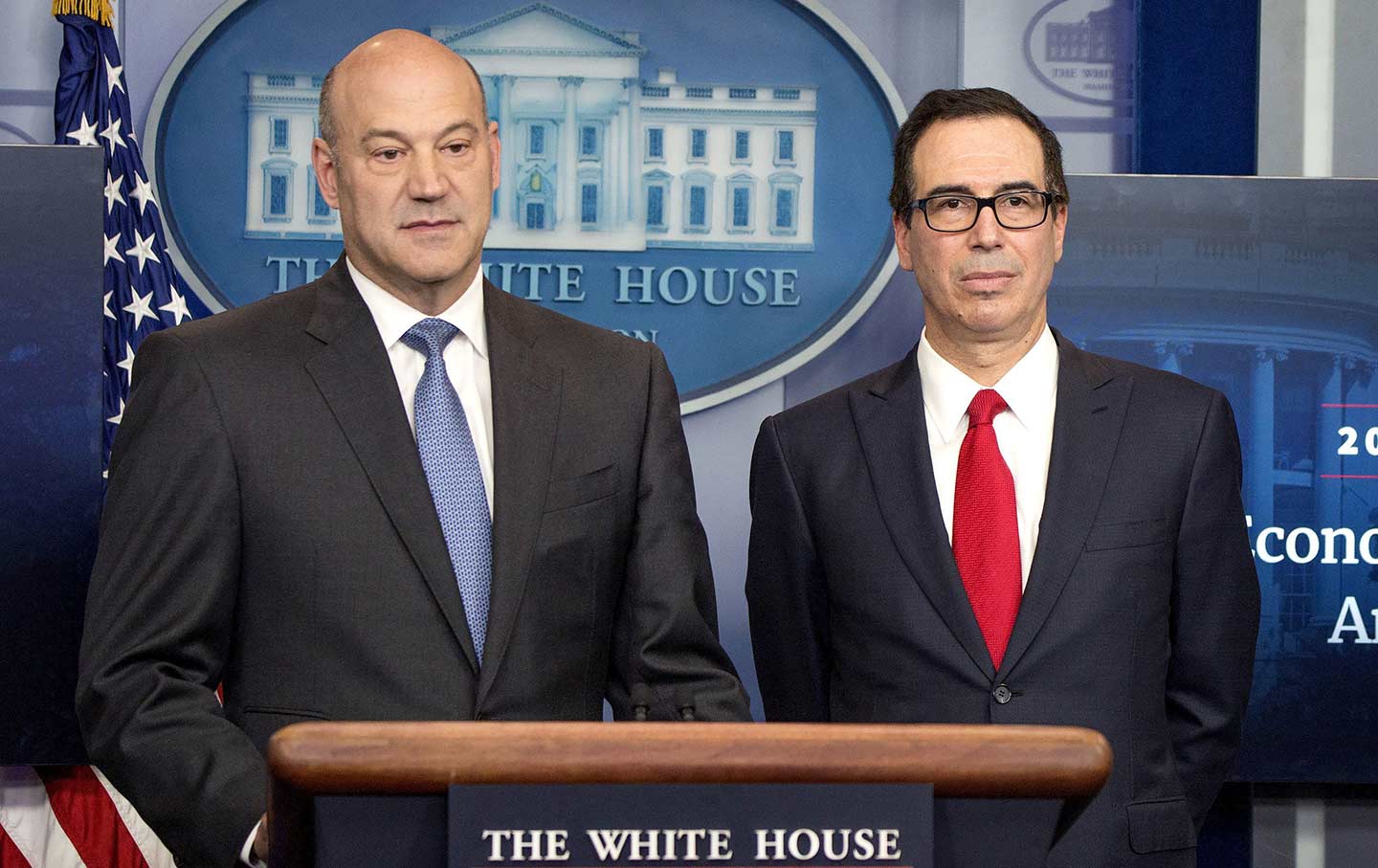 When Donald Trump announced his amazingly crude and reactionary agenda for cutting taxes, I heard in my mind a warm and familiar voice from the past. “Win one for the Gipper,” he whispered. It was Ronald Reagan speaking from the grave. He was repeating a famous line from one of his best-known movie roles: the deathbed speech of football hero George Gipp, exhorting his teammates to fight on.1

The Gipper is long gone from earthly politics and Donald Trump is a pitifully inept substitute. He copied Reagan’s old tax schemes from the early 1980s without even giving credit. Trump is selling the same magical doctrine of “supply-side economics,” in which cutting tax rates was supposed to increase the government’s tax revenue. That didn’t happen the first time, of course, but it was a pleasing story and people liked to hear it. Reagan maybe even believed it, though I doubt it (the Gipper was a skillful actor and faithfully followed his directors). 2

Trump is a reckless tweet who leaves the tough questions to others. To explain his plans for massive tax reduction, Trump brought out two Wall Street guys who looked more like funeral directors than bankers. They repeated the supply-side nostrum, but without great conviction: Give tax cuts to rich people and global corporations, and they will take care of the less-favored masses. Tax politics now resembles Groundhog Day—the same story told over and over again—except the crucial details were missing from the White House spiel. Turns out there isn’t a Trump tax plan—not yet—only more Trumpian hyperbole.3

It was actually Reagan’s breezy optimism that produced the fiscal nightmare Americans are still paying for.

Here’s what people should know about the Reagan years: It was the launching season for this modern era of exploding federal budget deficits. Conservative Republicans get off on blaming Democrats for over-spending on frivolous matters like saving rivers or feeding poor kids. But it was actually Reagan’s breezy optimism that produced the fiscal nightmare Americans are still paying for.4

As a candidate, Reagan promised three fundamental and contradictory things: He said he would cut federal income-tax rates for all, though tilted especially to favor upper incomes. He would double military spending to win the Cold War. And he would balance the federal budget. You can’t do all three of those.  5

This was an impossible mix of cross-purposes, but the Gipper prevailed in some big ways. Democrats would say he got lucky, but lucky timing counts in politics. Reagan’s first two years in office were darkened by the deep recession imposed by the Federal Reserve’s tight-money policy of double-digit interest rates. Unemployment soared, and so did foreclosures and bankruptcies.6

The Fed was finally compelled to back off in the summer of 1982, just as Reagan’s stimulating tax cuts were beginning to inspire revival in the economy. The economic contraction had created enormous pent-up demand. The stock market began a long and historic bull market.7

“Morning again in America” was the campaign theme for Reagan’s landslide victory in 1984. You can say that was lucky timing, and it was. But the Gipper’s triumph was overwhelming, and it left a powerful memory, and theme, for future politics, especially Republicans: When in doubt, cut taxes for rich people and business. They will bail you out, not Washington. The GOP wants to repeat the message now.8

The world is struggling now not with lack of investment but with stagnation arising from excess capital.

But this is the wrong message for 2018 and 2020. The economic circumstances are utterly different now and not well understood by the policy thinkers in either political party. The world is struggling right now—not with a shortage of capital or wealthy investors, but with a secular stagnation in which capital is overly abundant. And wealth holders and financial firms are unwilling to invest in new production and employment because they can see no market of willing and capable consumers.9

Giving more capital to the wealthy sectors through tax cuts when their capital is already overabundant and idle is not just the wrong strategy in these unbalanced conditions. It may very well make things worse. Meanwhile, shrinking the federal government’s ability to spend more public money on new projects that will increase incomes, employment, and, yes, business profits is backward and dangerous. The global system is flirting now with this morbid condition of idle excess.10

It would be a good start if politicians in parties began debating these substantive policy questions with each other instead of trading cheesy insults. What is the condition of global capitalism? Is the system stuck? Conscientious politicians need to inquire.11