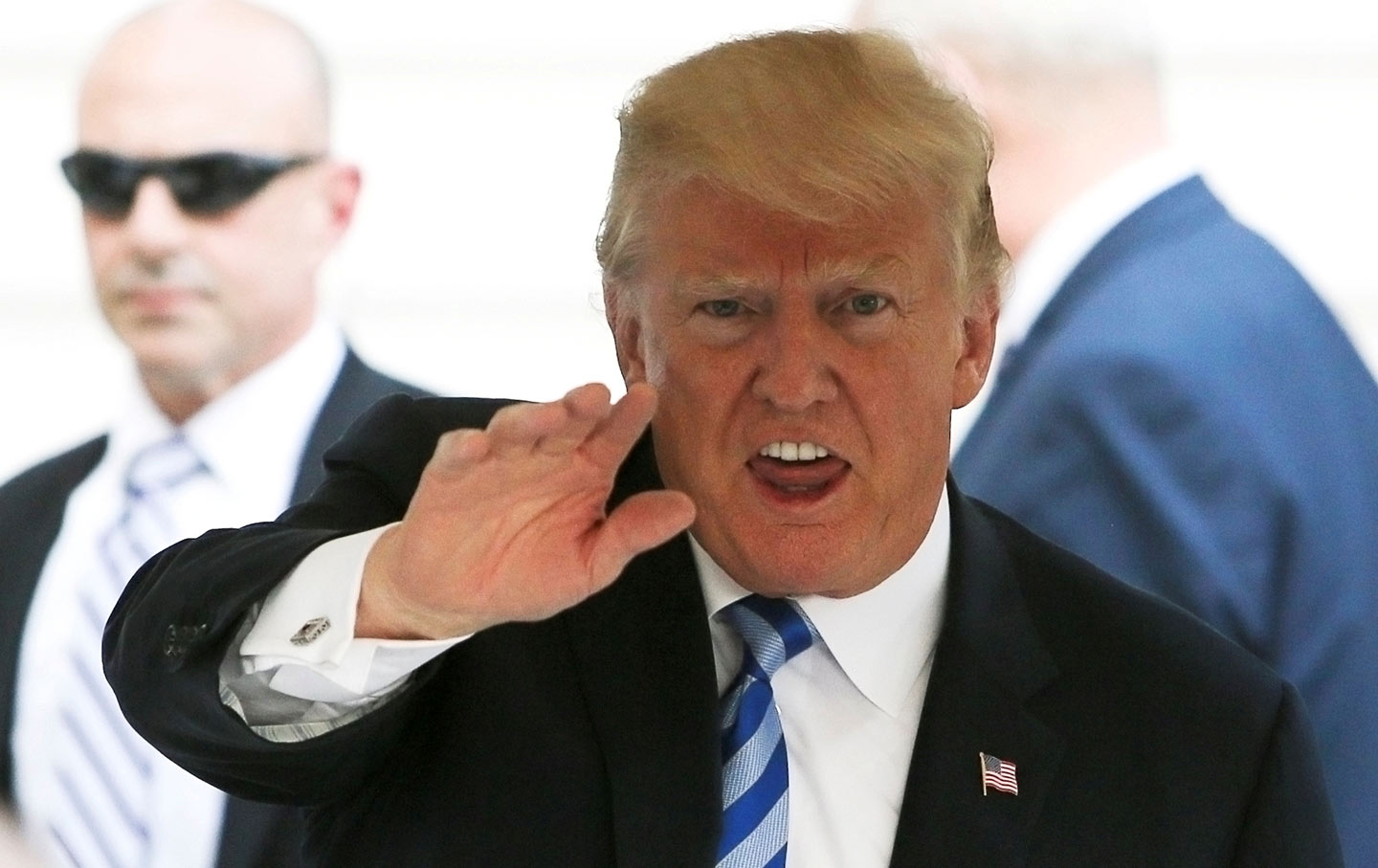 President Donald Trump waves after returning to the White House from the NRA convention, May 4, 2018. (Reuters / Matej Leskovsek)

Or
Some witchlike people have disguises that

May cover up a black and pointy hat.

The one nabbed first of all, to Trump’s chagrin,
Was “Lock Her Up” adviser Michael Flynn.
Then Manafort and Gates, Paul’s former pal,
Were eased into the Mueller team’s corral.
And then—surprise!—indictments were announced
Of Russian guys whose names can’t be pronounced.
And Papadopoulos then upped the score.
It’s now a coven and a half or more.

Who circles there, despite the curling smoke,
Around a cauldron full of Diet Coke?
Who waves his broomstick with a practiced ease
To conjure up a hamburger with cheese?
Who gives a guiding light to Robert Mueller
By being, for the most, bright orange in color?
His curses, maybe dozens at a clip,
May do no good if other witches flip.

Complaints about a witch hunt are for naught
If now and then some witches do get caught.