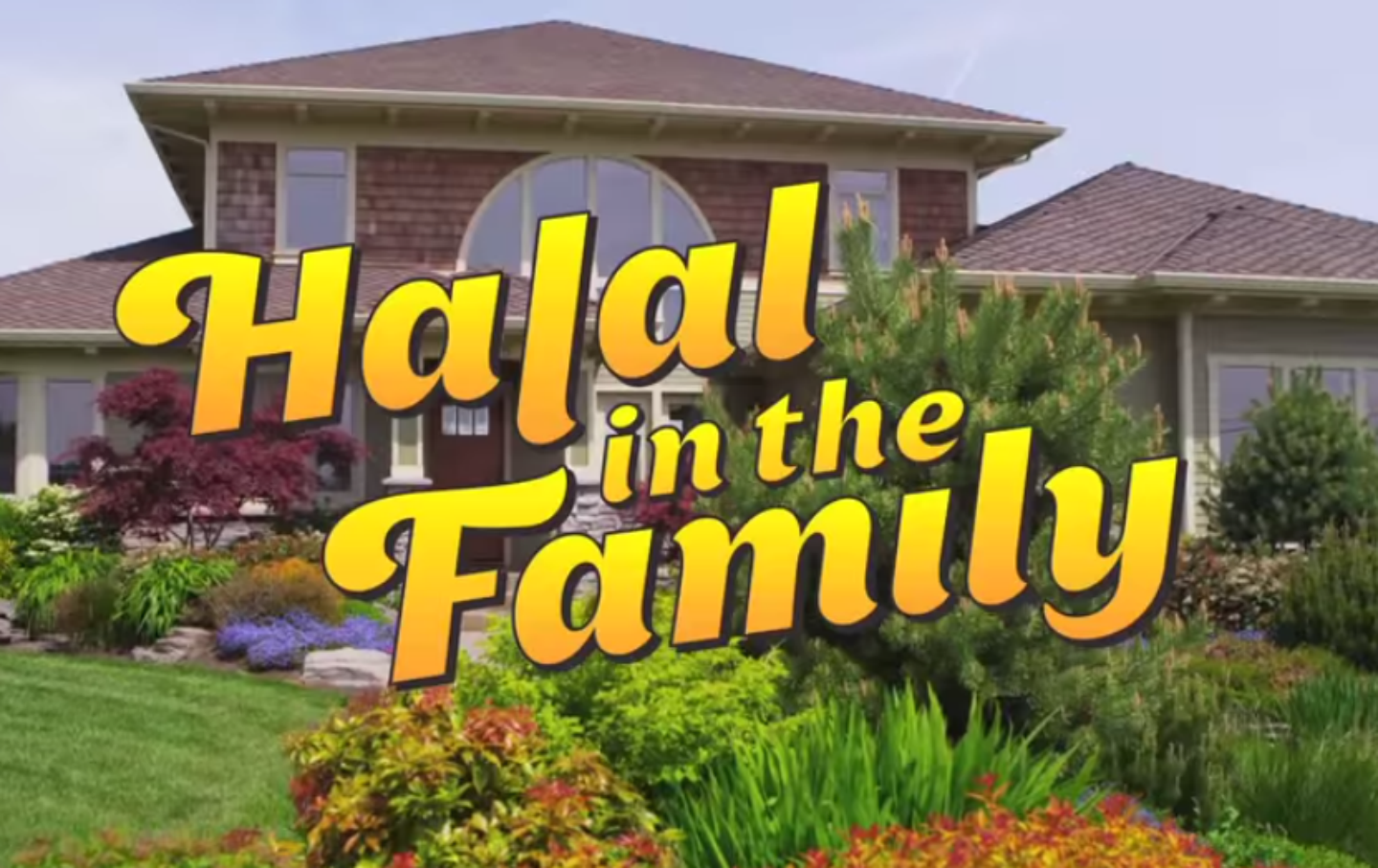 It’s hard to imagine today what the television landscape looked like before All in the Family exploded into living rooms in early 1971. Its protagonist, Archie Bunker, was a bigoted, sexist patriarch from Queens, whose confrontations with those around him made viewers laugh, and think. The groundbreaking sitcom from legendary producer Norman Lear spent eight years challenging audiences to face change. It pushed the envelope with episodes about racism, civil rights, feminism, Vietnam, Watergate, cancer, rape, abortion—even impotence and menopause.

Amazingly, Archie Bunker’s ignorant proclamations worked. They touched a nerve in American viewers of all stripes, moving them to laughter and to new understandings. To this day, the sitcom is still one of only three shows that have ranked number one in Nielsen ratings for five consecutive years or more (The Cosby Show and American Idol are the other two). Now, in that same tradition of sitcom-as-social change comes Halal in the Family, a four-episode web series starring Aasif Mandvi (The Daily Show) that pokes fun at anti-Muslim attitudes.

The best thing about Mandvi’s sitcom parody, which originated as a Daily Show skit and launched on Funny or Die last week, is that it’s actually funny.

Wearing a version of Cosby’s signature multicolored sweaters in each episode, Mandvi stars as Aasif Qu’osby, a Muslim version of Archie Bunker whose only goal in life is for his family to be embraced as a non-threatening addition to the all-American ideal. The opening credit sequence shows him barbecuing ribs in his back yard and drinking “pork juice” from the bottle. His apron says “Kiss Me I’m Irish.” His wife (played by Sakina Jaffrey, who, interestingly, portrays a Latina in her more famous House of Cards role) laughingly hangs items on a clothing line: boxer shorts, socks—all identically patterned like the American flag.

But their forced sitcom smiles are wiped away even before the credits end, as a team of FBI agents in full riot gear rounds up the family. “We’re not that kind of Muslim!” Mandvi’s character is heard shouting as he’s dragged off screen.

A bit harsh, maybe, for a sitcom—but not so far off from the realities of Muslim surveillance in our post-9/11 state. The series goes on to challenge not only the assumptions of anti-terrorist policing, but also the everyday prejudices of non-Muslim American citizens.

In a 2010 poll from the Pew Research Center, only 30 percent of Americans said they had a favorable opinion of Islam, while 38 percent had an unfavorable view and the rest were neutral. Interestingly, the vast majority of respondents in this same survey also said they knew little to nothing about “Muslim religion.” More recently, Pew also found in 2014 that 67 percent of Republicans and 42 percent of Democrats said that Islam was more likely than other religions to encourage violence among its believers.

Mandvi created Halal in the Family specifically to tweak such perceptions. The series’ brief five to six minute episodes were never meant to be solely entertainment and were never pitched to traditional broadcast or cable executives. Mandvi and the show’s creators were clear from the start that they wanted it to serve at least in part as a teaching tool “to support existing campaigns to combat anti-Muslim bias,” as noted on their website halalinthefamily.tv

To that end, the series’ low six figure budget was funded and supported by a long list of big-name advocacy groups and nonprofits, ranging from the Ford Foundation and the Brennan Center for Justice to Southern Asian Americans Leading Together (SAALT) and Jews for Racial and Economic Justice, to name just a few. The partnership reflects a trend among racial-justice advocates, in particular. They are embracing the idea that cultural representations matter and that what we as consumers of popular culture see, hear, and laugh at can influence—sometimes profoundly—political perceptions.

“There’s a definite uptick in social movement organizations and leaders reaching out to popular culture artists,” says Rinku Sen, executive director of Race Forward, which was not among the project’s funders. Sen points to partnerships between labor activists and a current primetime drama; a major film company that’s working with a trio of racial-justice organizations; and much of the work of the online civil-rights group Color of Change, which plans to deepen engagement with the entertainment industry. “There’s a growing understanding among organizations and activists that we can’t just change policy,” she says. “We have to build the public will as well.”

Halal in the Family’s creators have continued to work with their advocacy partners to measure viewer response to specific episodes, each of which takes a different approach to confronting bias and hate. A Halloween episode shows the Qu’osby family decorating their house to look like a “haunted terrorist training camp.” Seeing nothing wrong with the gag, Aasif Qu’osby plans to dress up as a “zombie bin Laden.” His daughter is a “ghost in a burka” and his son is a “vampire Bedouin goat-herder.”

In another episode, the show pushes back on a real-life, anti-Muslim incident by ridiculing Barry West, the now infamous Coffee County, Tennessee, politician whose Islamophobic Facebook post sparked outrage back in 2013. (The post depicted a man in a cowboy hat pointing a rifle at the camera with a caption that read: “How to Wink at a Muslim.”) In the show, Aasif Qu’osby is ostensibly teaching a teenage bully how to do a better job at intimidating Muslims. He shows her the Facebook post so that she can “learn from the pros.”

Adey Fisseha, U.S. program officer for Unbound Philanthropy, which helped to fund the project, says the group contributed to Halal in part because this kind of satire is key to dealing with the “absurdities” of Islamophobia. Halal offers “a starting point for a conversation that we as a country have shied away from,” says Fisseha. “We’re looking at how arts and culture can influence the national dialogue—and ultimately, policy decisions.”