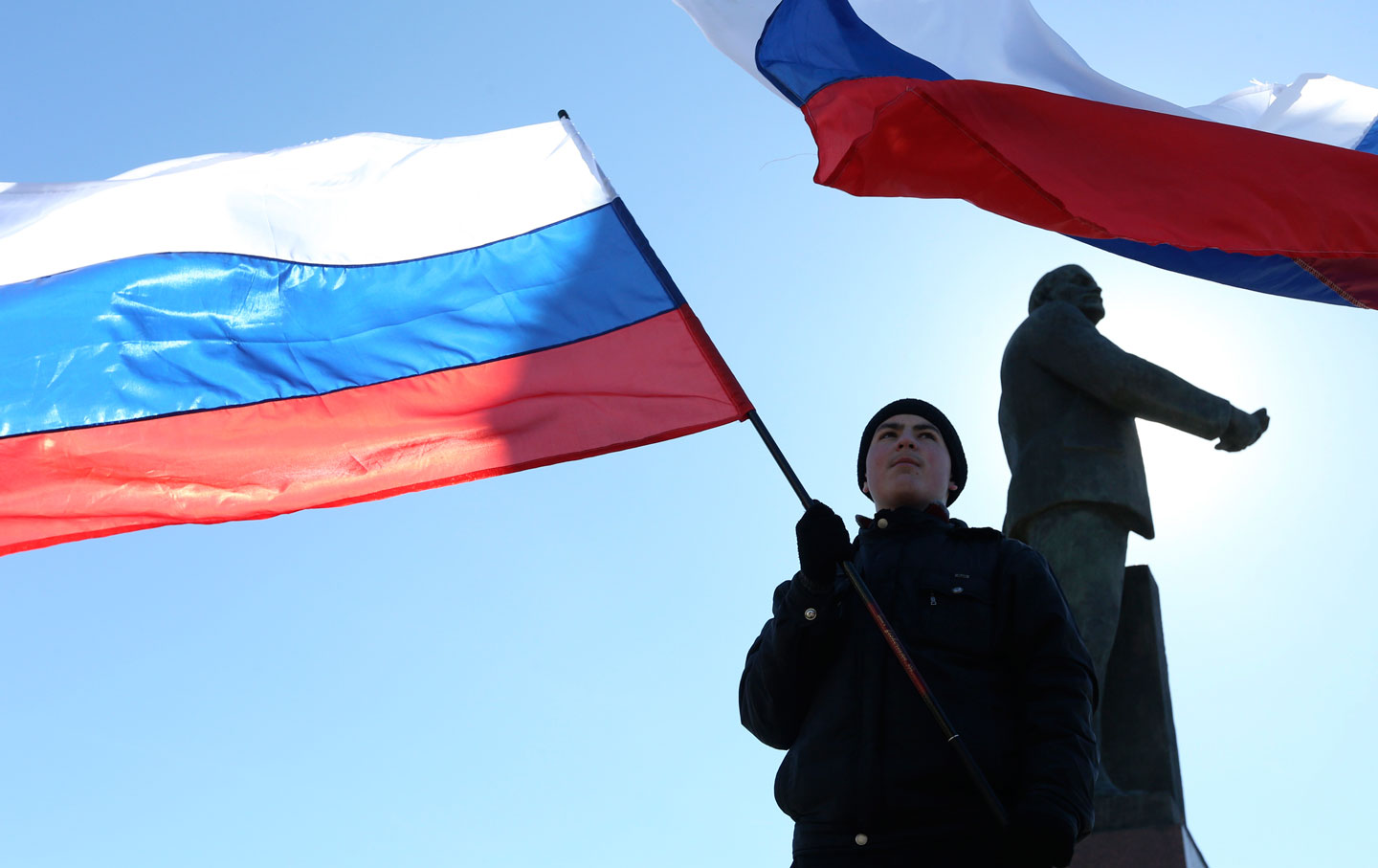 A participant in a pro-Russian rally waves a Russian flag in front of a statue of Lenin. (Reuters / Sergei Karpukhin)

Nation contributing editor Stephen F. Cohen and John Batchelor continue their weekly discussion of the New Cold War. This installment focuses on growing signs that Europe is no longer united in following Washington’s hawkish policies, including punishing Moscow for the annexation of Crimea. An equally important crisis—political, military, and economic—is engulfing the US-backed government in Kiev, which is being increasingly challenged by ultra–nationalist (in some cases neo-Nazi) forces for control of Kiev-governed Ukraine. Cohen suggests this may be the unfolding of a second Ukrainian civil war, along with the one under way between Kiev and the rebellious pro–Russian Donbass. Also discussed are new developments regarding the Minsk Accords for a negotiated peace; the possibility that Donald Trump and Senator Rand Paul might break ranks and criticize US policy toward Russia at the Republican presidential debate on Thursday; and the anti–Russian hawkish record of Vice President Joseph Biden, whose candidacy on the Democratic side is being considered.