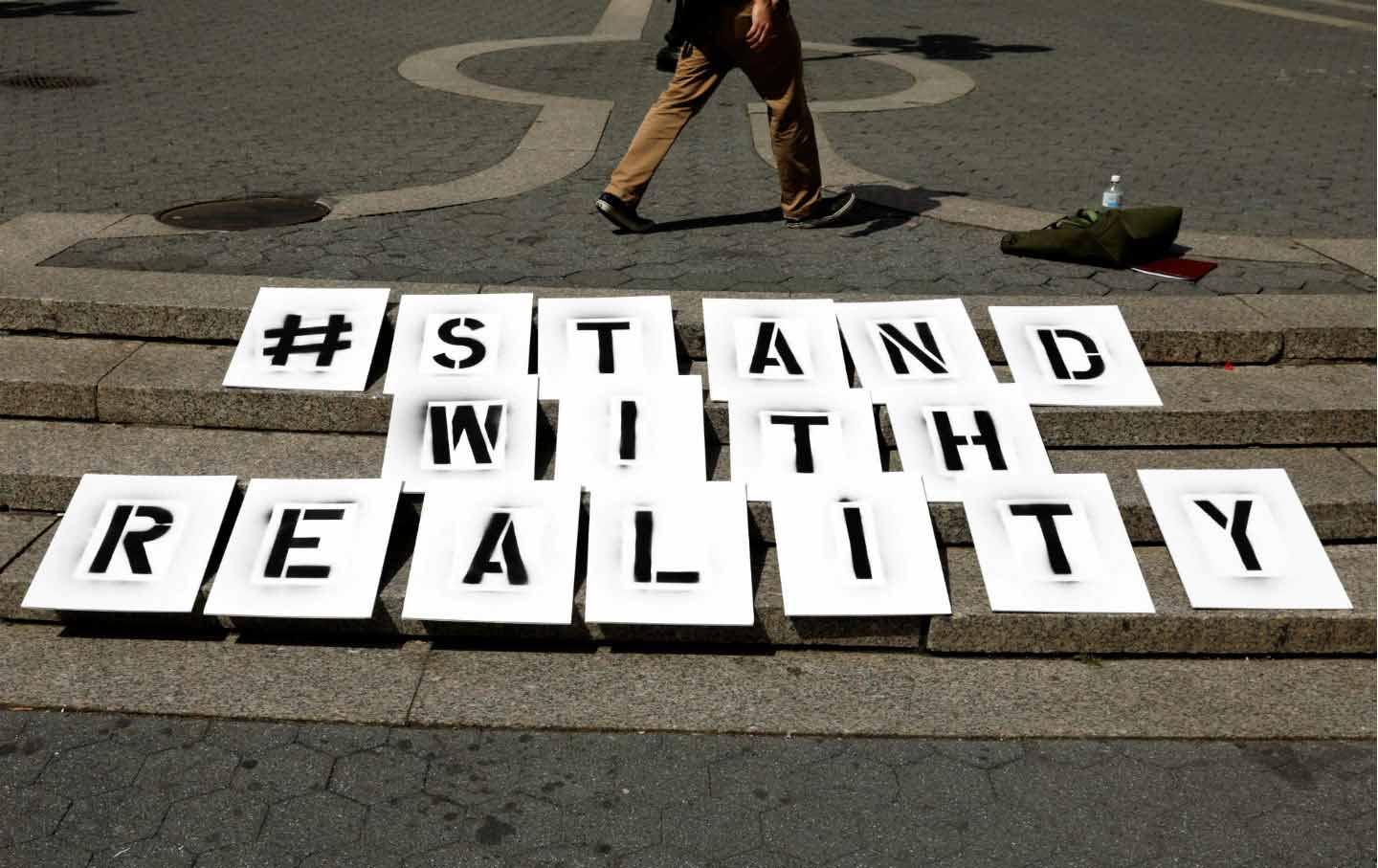 Some people have a fixed, principled stance on intelligence leaks—transparency in government is always for the good, for example, or releasing classified intelligence is never appropriate. But for most of us, the difference between a courageous whistle-blower—who risks their career and freedom to expose some dark secret the government doesn’t want us to know—and a leaker—who undermines national security, may put people at risk and gives comfort to our adversaries—is a subjective one. Most people celebrate the release of information they want to see released and condemn leaks that reveal stuff that they don’t want revealed. It usually comes down to partisanship or ideology. You can call that hypocrisy, or you can chalk it up to human nature; it is what it is.

In the days following The Intercept’s report revealing that the NSA had evidence that Russian military intelligence “executed a cyberattack on at least one US voting software supplier and sent spear-phishing emails to more than 100 local election officials just days before last November’s presidential election,” the debate over whether Reality Leigh Winner, the 25-year-old NSA contractor who allegedly sent the document to The Intercept—and was arrested only minutes after the piece was published—is a hero or a traitor seems muted compared to the noisy disagreements that followed Chelsea Manning’s or Edward Snowden’s revelations.

That may be because of her lack of tradecraft, her own failure to protect herself as a source. While The Intercept has come under fire—from people like veteran national-security reporter Barton Gellman—for its role in Winner’s swift apprehension, Winner herself was one of only six people who had access to the document, and she alone had e-mailed The Intercept from her work computer. Gellman tweeted that Winner “would have been lead suspect no matter what.”

But whatever mistakes she made in handling the documents, the public interest value of the material that Winner is accused of revealing seems obvious. Coming just days after Vladimir Putin hinted that Russia had hacked the election but then claimed that it could have been the work of “patriots” unaffiliated with the Russian government, The Intercept reported the first direct link to the GRU, the Russian military intelligence agency.

And legal scholar Claire Finkelstein, director of the University of Pennsylvania’s Center for Ethics and the Rule of Law, explains that “what’s significant about this report is that we have moved from an awareness of Russian covert operations, some of which was the kind of thing that intelligence communities engage with all the time, to something that looks more like a cyber-attack.

“It was designed to provide the Russians with techniques, information and the ability to directly manipulate election registration systems, and could have impacted the outcome of the 2016 presidential election,” says Finkelstein. “Whether they accomplished this or not, is another question. And most experts are not claiming that it changed the vote results. But I think the emphasis on results is overblown because the fact is that if they didn’t impact the results of this election, they might do so the next time.”

The public has a pressing need to understand that threat. During his hearing before the Senate Intelligence Committee on Thursday, former FBI director James Comey was asked whether “the Russian activity in the 2016 election [was] a one-off proposition, or is this part of a long-term strategy? Will they be back?” His reply: “Oh, it is a long-term practice of theirs. It’s stepped up a notch in a significant way in ‘16. They’ll be back.”

So if the value of the information Winner made public were the sole criteria, she should probably be lionized in the same way that many people have lauded Edward Snowden. But there are other important questions that need to be asked when evaluating whether a leak of classified material is justified. First, could the leak put intelligence operatives or others in danger? That doesn’t appear to be the case here. The Intercept was careful to redact portions of the document that might have revealed the NSA’s “sources and methods.”

Then, could the leaker have achieved the same ends going through normal channels? Stanford political scientist Scott Sagan, co-editor of Insider Threats, says that “many cases of insider attack—whether it’s a leaker, a spy or a saboteur—are done by highly disgruntled workers. There’s a lot that organizations can do reduce the effects of disgruntlement. One obvious thing that makes it less likely that insiders will act against an organization is to have the leaders of that organization be squeaky-clean. One possible motive in this case, or in other cases of leaking, is a concern that the people at the top of the administration are not letting justice be served in terms of having fair reviews and an impartial investigation into exactly what Russia has done.”

According to the FBI, Winner, who pleaded not guilty to espionage charges this week, admitted to agents that she copied the document and sent it to The Intercept. She also told investigators that she was “mad about what she had recently seen in the media” and “wanted to set the facts right.” According to The Atlantic’s Aria Bendix, “Winner regularly tweeted about Trump—notably calling him a ‘piece of shit’ in February. Winner’s mother, Billie Winner-Davis, told The Guardian that her daughter was ‘not a fan of [President] Trump,’ but added that Winner wasn’t ‘someone who would go and riot or picket.’”

So in her mind, Winner, rocked by the election like so many of us but with documents showing that the Russian government hacked into American elections systems, was battling fake news.

Whether that belief was justified at the time hinges on when she sent the document. According to an FBI affidavit, it was “on or about May 9,” eight days before the appointment of former FBI director Robert Mueller as a special counsel charged with investigating possible collusion between the Russians and the Trump campaign.

On May 9, Winner had every reason to believe that those at the top were uninterested in pursuing the truth. The White House was obfuscating, calling it fake news and dismissing it all as a desperate attempt by Democrats to shift blame away from Hillary Clinton for losing an election she should have won. Two weeks earlier, Tim Mak from The Daily Beast had reported that the Senate’s investigation was underfunded and had no full-time staff and that the part-timers working the probe “do not have significant investigative experience.” He remarked that the investigation was moving much slower than previous ones that had taken “years to accomplish.” The House investigation was an obvious joke after Chairman Devin Nunes (R-CA) had discredited himself by running cover for Trump. He had recused himself a month before the FBI says Winner leaked the NSA document.

But Mueller’s appointment on May 17 was a game-changer. Even those who have ideological or policy differences with the former FBI director acknowledge that he’s a tireless investigator who isn’t easily swayed by political pressure. During his testimony on Thursday, James Comey called Mueller “a dogged, tough person,” adding that “you can have high confidence that, when it’s done, he’s turned over all the rocks.”

Claire Finkelstein says that the distinction between a leaker and a whistle-blower depends on the circumstances. “Sometimes a person blows the whistle by leaking,” she says. “In this case, I do think that given that we now have a special prosecutor in place, it would be most appropriate for someone who has security clearances to send their information to the investigator” rather than to the media.

Scott Sagan was cautious to weigh in on this question as it relates to Reality Winner because “we don’t have all the facts,” but agreed in a general sense that Mueller should inspire confidence in the integrity of at least one of the ongoing investigations into “Kremlingate.”

This means that Reality Winner acted at a time when a reasonable person could have concluded that the system wasn’t working, but then the appointment of Mueller overtook her actions. If the government’s case is right, that event took place during the three weeks or so that it took for The Intercept to receive the document and report, write and vet their story. So one can look at the question in one of two ways: Either Winner acted as a patriot trying to get the truth out to the American people, or she acted impulsively and ended up facing charges for releasing information that Mueller almost certainly has, and that would likely have come out in the end, had she honored her security clearance.

An irony here is that, according to James Comey, had Donald Trump not tried to influence the FBI director, and then fired him when that failed, Comey would not have leaked an unclassified memo to The New York Times detailing Trump’s efforts and Robert Mueller likely would not have been appointed.

That may be murky, but one thing is clear: Reality Winner is likely to have the book thrown at her by a Justice Department that’s been under heavy pressure from the White House to crack down on leaks. And as CIA whistle-blower John Kiriakou told ThinkProgress, that would “most certainly [have] a chilling effect” on other potential whistle-blowers.