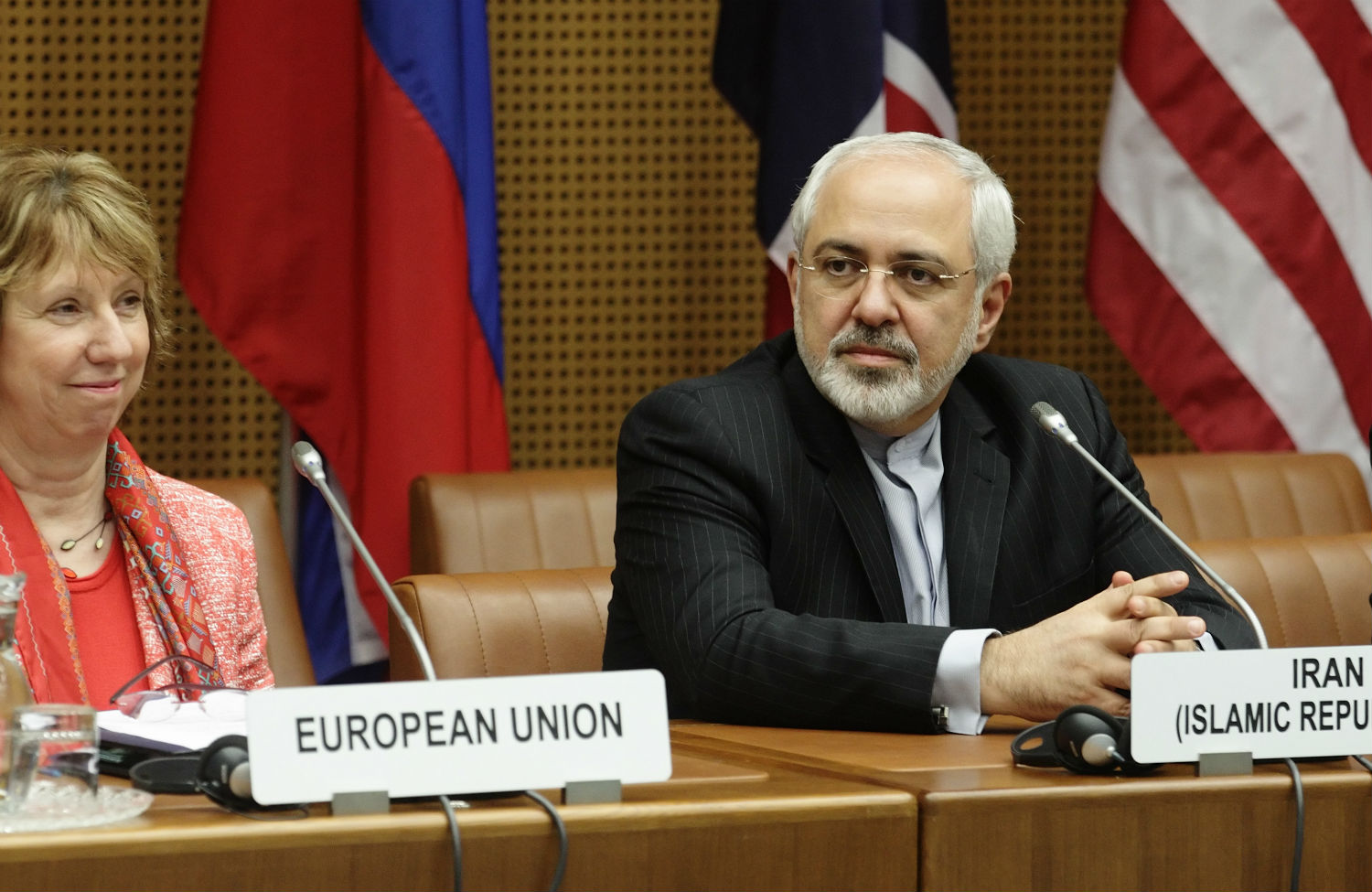 With a self-imposed deadline of July 20 to conclude a final agreement, the P5+1 and Iran meet once again this week in Vienna in the latest round of their negotiations toward an accord that would resolve the long-running dispute over Iran’s nuclear program. All sides, it appears, are optimistic—and perhaps the best indication that things are going well is that those opposed to deal, including hardliners in Iran, hawks in the United States, and Prime Minister Benjamin Netanyahu, are all worried.

Make no mistake: if a deal is reached, it will be the signature foreign policy accomplishment of President Obama’s presidency. The result of a deal will be a vast improvement in US-Iran relations, with consequences for the entire Middle East, including Iraq, Syria and Afghanistan. It would provide a touchstone for better US-Russia relations, critically important in the midst of the Ukraine crisis. It would remove the threat of war in the Persian Gulf. And much more, including creating new opportunities to shift Israel’s focus from Iran back to where it belongs, namely, on Israeli-Arab relations and a deal over Palestine.

To prepare regional opponents of the Iran deal for what’s likely to emerge, last week Susan Rice, Obama’s national security adviser, visited Israel to brief the government there, and Secretary of Defense Chuck Hagel's visit this week to Saudi Arabia, Jordan and Israel > on the same mission will include key talks with Saudi Arabian officials and the rest of the Persian Gulf states, who fear that a US-Iran rapprochement would occur at their expense.

Gary Sick, a professor at Columbia University who served as President Jimmy Carter’s adviser on Iran, writes in The Iran Primer that the United States is simultaneously conducting four separate dialogues: with Iran, with its P5+1 allies, with Congress and with those obstreperous regional allies, Israel and Saudi Arabia. Last week, in New York, there was a quiet round of technical talks among the parties in advance of this week’s meeting in Vienna, and, as The Guardian reported last week, the talks are getting close to the “tipping point.” Says the paper: “There is growing optimism that the huge, sprawling compromises required, considered fanciful not long ago, are perhaps within reach.” Reportedly, the parties are now actually writing the language of the final accord, though nothing is yet agreed, and much of the remaining work to be done is very technical, involving exactly how to create limits on Iran’s program acceptable to the P5+1 yet something that Iran’s President Hassan Rouhani and Foreign Minister Javad Zarif can sell back at home. Among the key issues to be resolved is how to reduce and gradually eliminate economic sanctions on Iran, step by step, in parallel with steps taken by Iran to scale back its program and increase transparency.

In the May/June issue of Foreign Affairs, the establishment foreign policy journal published by the Council on Foreign Relations, an article by Zarif (“What Iran Really Wants”) provides a detailed roadmap for reintegration of Iran into global and regional affairs as a cooperative partner, as a deal is reached. The nuclear “crisis,” says Zarif, is “in Iran’s view, is wholly manufactured and therefore reversible,” and he adds that Iran “has no interest in nuclear weapons and is convinced that such weapons would not enhance its security.” And he says:

As a responsible regional power, Iran will actively participate in combating and containing extremism and violence through bilateral, regional, and multilateral cooperation with countries in the region and beyond. Moreover, Iran will prudently manage its relations with the United States by containing existing disagreements and preventing further tensions from emerging unnecessarily, thereby gradually easing tensions. Iran will also engage with European countries and other Western states with the goal of reinvigorating and further expanding relations.

Such words should be seen in the context of Iran’s own domestic politics, where hardliners, militant clerics and holdovers from the era of President Mahmoud Ahmadinejad are resisting talk of compromise. Last November, at the start of the current round of talks, Zarif noted with some humor that he and Rouhani are facing their own Tea Party. “You said we don’t have a tea party? I wish you were right,” Zarif said then. Indeed, on May 3, an ad hoc coalition met in Tehran to slam the emerging accord, under the banner, “We’re Worried.” Led, according to Al Monitor, by ultra-conservative members of parliament, hardline clerics and ex-Ahmadinejad officials, the conference—in what was undoubtedly an unintended echo of Netanyahu’s words—called the accord a “bad deal.” (According to Haaretz, Netanyahu used exactly those words, “bad deal,” after meeting with Rice during her visit to Israel.) But Al Monitor noted that media outlets in Iran sharply attacked the conference and in fact did draw parallels between the hardliners in Iran and Israel’s Netanyahu:

Iran Newspaper, which is associated with the administration, ran the headline “The destruction of Geneva at the conference of the worried.” Ensaf News, in a critical and somewhat mocking take, remarked that those opposed to the nuclear deal in Iran “have concerns similar to those of the prime minister of the Zionist regime, Benjamin Netanyahu.”

And RFE/RL, which also reported on the “We’re Worried” conference, said that it was held on the grounds of the former US embassy in Tehran, the infamous location of the 1979-1981 hostage taking by hardline supporters of Iran’s former leader, Ayatollah Ruhollah Khomeini. But RFE/RL made it clear that the backers of the conference do not represent a majority view inside Iran and that most Iranians support the efforts of Rouhani and Zarif to strike a deal.

Zarif also won a vote in parliament last week when hardliners sought to attack him over recent comments that he made about the reality of the Holocaust. (During the Ahmadinejad era, of course, it was routine for Ahmadinejad and other officials to say that the Holocaust was fiction.) Although seventy-five “Islamic hardliners” in parliament attacked Zarif, the foreign minister defeated an effort to censure him. And, just as some Iranians ridiculed the "We’re Worried" conference by comparing its hardliners to Netanyahu, so did Zarif ju-jitsu the critics by citing Netanyahu’s jeremiads on the issue. Said Zarif:

Netanyahu shamelessly claims Iran denies the Holocaust, that we are after a nuclear bomb to create another Holocaust. As long as I am foreign minister, I will not allow the Holocaust to be exploited to ruin our national image and dignity.

Russia, too—despite Vladimir Putin’s adventurism in Ukraine—is also waxing positive on the prospects of an Iran deal. According to Reuters, Russia’s Deputy Foreign Minister Sergei Ryabkov said last week that negotiators “could agree parts of a text of an agreement on Tehran's nuclear program when they meet for a new round of negotiations in Vienna next week.” And The Associated Press reported last week that another Russian official, Mikhail Uliyanov, an arms control specialist, “gave the upbeat assessment” about the prospects of an accord. Reports the AP:

Iran’s unprecedented cooperation with the UN’s nuclear watchdog and six world powers raises hope that an agreement can be reached to limit Iran’s ability to build nuclear arms before the July 20 deadline, a senior Russian Foreign Ministry official said ahead of a new round of talks next week.

Plenty of obstacles remain, of course. But it’s very, very unlikely that either Congress or domestic American hawks can upend the emerging agreement. (Last week, in an op-ed in Roll Call, Representative Charles Rangel, the New York Democrat, warned his Capitol Hill colleagues to leave diplomacy to the diplomats.) As readers of this blog know, the Israel lobby and the American Israel Public Affairs Committee (AIPAC) suffered a huge defeat earlier this year, when the White House strongly fought back against efforts in Congress to pass an AIPAC-sponsored bill imposing new sanctions against Iran, since the bill would have wrecked the talks. (The language in last November’s interim agreement explicitly forbids new economic sanctions.) It appears that President Obama and his team are totally committed to getting a deal done, despite criticism from neoconservatives and others.

Even Israel’s hardliners are under assault back home. As Trita Parsi writes in The National Interest, key Israelis are pointing out that Iran is far less of a threat than Netanyahu claims. And as Al Jazeera America reports, the former head of Israel’s Atomic Energy Commission had this to say:

The Iranian nuclear program will only be operational in another 10 years. Even so, I am not sure that Iran wants the bomb.… Netanyahu is using the Iranian threat to achieve a variety of political objectives.… These declarations are unnecessarily scaring Israel's citizens, given Israel is not party to the negotiations to determine whether Iran will or will not dismantle its nuclear program.

Plenty of Israelis, including those with years of experience in Israel’s national security establishment, are critical of Netanyahu’s fear-mongering. If the diplomats do their work properly in the next two months, there will be a deal by July 20.