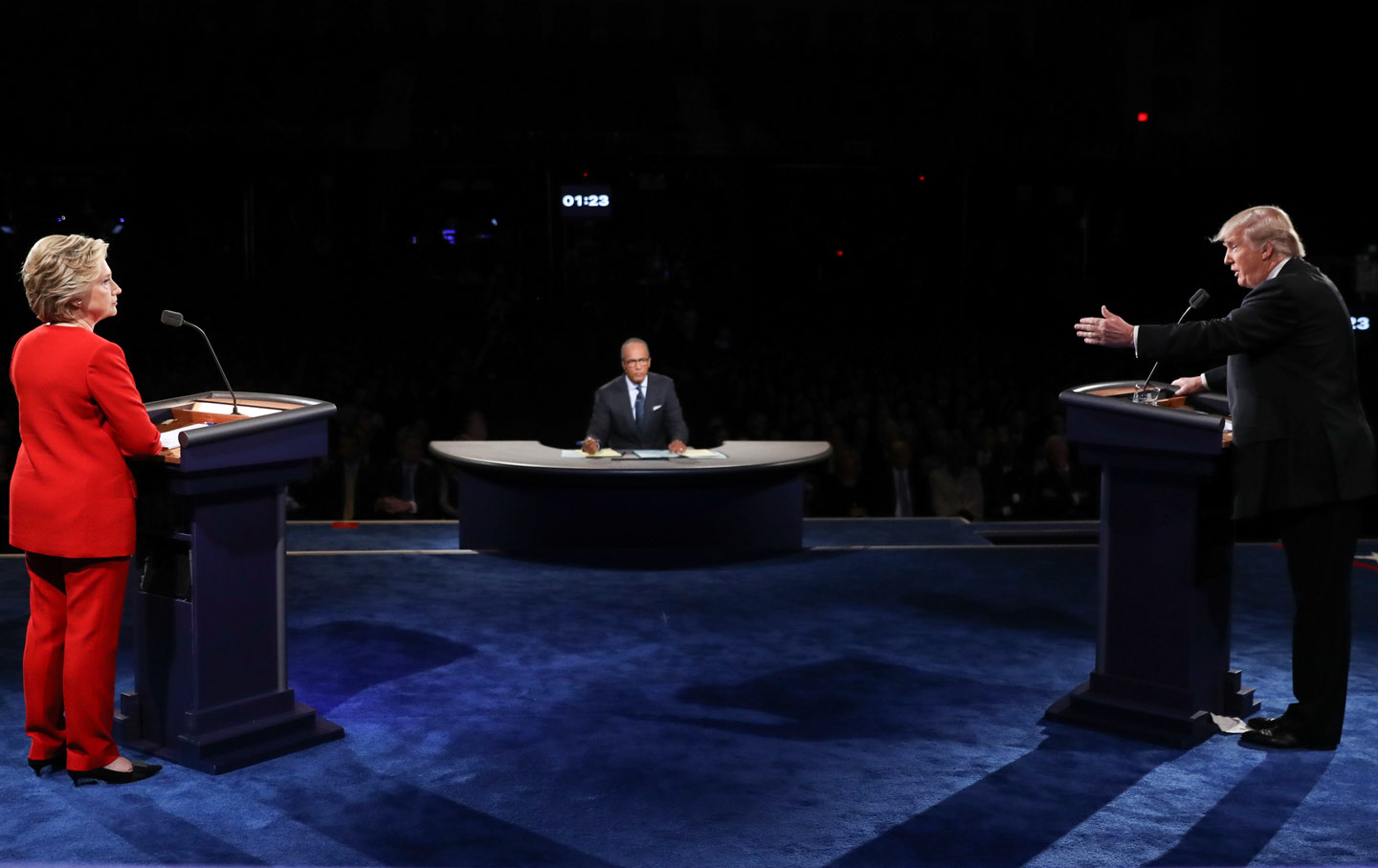 As I watched two presidential candidates outline their vision for America in one of the most hyped debates in history, after a week of unrest in Charlotte and deep pain in Tulsa following the deaths of two more black men, Keith Lamont Scott and Terrence Crutcher, at the hands of police officers, I confronted the reality that our future may be even dimmer than our past.

In the aftermath of the violence in Charlotte and in an America tense and torn over racial injustice, particularly in the criminal-justice system, many, including myself, were hoping for some relief and guidance. Instead, once again we got treated to two visions of America in which neither candidate was able to utter Crutcher’s or Scott’s name. Neither convinced me they fully understood my pain.

Hillary Clinton acknowledged the reality our politics have constructed, the one where structural racism and implicit bias hinder outcomes for black kids: “It’s just a fact that if you’re a young African-American man and you do the same thing as a young white man, you are more likely to be arrested, charged, convicted, and incarcerated.” Then there was the other dire vision of America, one that Donald Trump seems to believe exists—the communities where black and brown folk are “living in hell” and you get shot walking down the street. In this America, it seems that systematic racism and oppression don’t exist and the black community needs a “law and order” agenda—I’m still unclear exactly what that means—for its own good. Add in the fact that Trump refused to apologize for involvement in a racial-bias lawsuit that ended in a settlement—his main defense being that other companies were sued too—and the candidate didn’t do much to convince black people that our lives matter. But that also doesn’t seem to be his goal.

After a week where Trump implied that drugs were involved in either the police shootings in Charlotte and Tulsa or the protests of them (“If you’re not aware, drugs are a very, very big factor in what you’re watching on television”) and offered that there is a “lack of spirit between the white and the black,” his purported concern for black America’s safety was hard to believe.

Clinton, of course, had substantial and concrete ideas—eliminating mandatory minimums sentences and ending private prisons, for example. But we heard little detail about her plans, or her commitment to deliver on them, beyond the to-do list of reforms advocates have pursued for years, including during the years of a previous Clinton administration. Like some polls suggest is true of my peers, this black millennial has yet to be totally convinced.

I continue to weep for the America that we live in 2016, an America that is broken, torn, and bleeding at the seams with the blood of black men. At times I still have the hope of 2008; Sometimes I still foolishly continue thinking that maybe the future will be brighter. But both major parties have made it hard to sustain that feeling. I need candidates to come with concrete proposals and plans, more than just lip service, but also to understand the real pain that the black community is in, and has been for centuries.