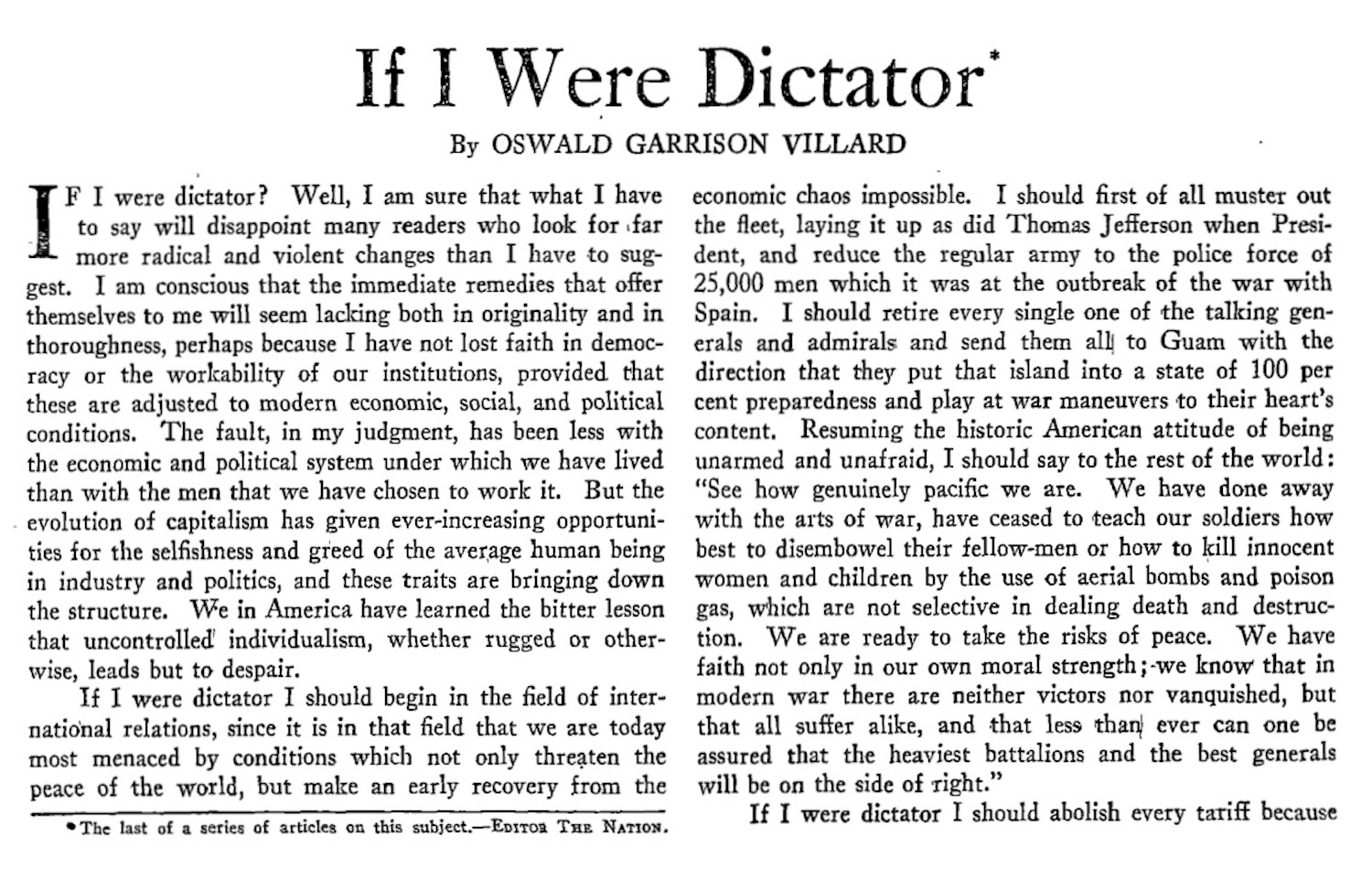 For a month and more, The Guardian has been running an amusing series, “King or Queen for a Day,” in which famous British writers and broadcasters lay out what they would do with absolute power. Terry Eagleton said he would pay especial attention to abuses of language: “People who tell you that they literally exploded with laughter will be literally exploded. Those who talk about their life as a journey will have their travels rapidly terminated.”

A scientific commission will inquire why no café in the world is able to put salt and pepper on every table and also look into whether there is a clause in the contract of Hollywood screenwriters requiring them to insert the words “try to get some sleep” into every script they write. Citizens will be legally obliged to beat up anyone who blunders into them in the street while texting. Capital punishment will be reintroduced for people who listen in on your conversation in public places without even making a feeble pretence of not doing so… All sport will be suspended indefinitely, to be reinstated only when everyone agrees to pull out of Nato and replace capitalism with self-governing cooperatives.

In late 1931, The Nation launched a similar series, “If I Were Dictator,” with contributions from some of the leading lights of the day. (All of them, it should be noted, white men.) They took the assignment somewhat more seriously than The Guardian’s do, but those were heady times. Still, the issues that contributors to The Nation’s early-1930s series sought to amend are markedly similar to those very much still with us today. Here is a sampling of three of those essays, by the great critic Lewis Mumford, the English political theorist Harold Laski and Oswald Garrison Villard, owner and editor of The Nation: 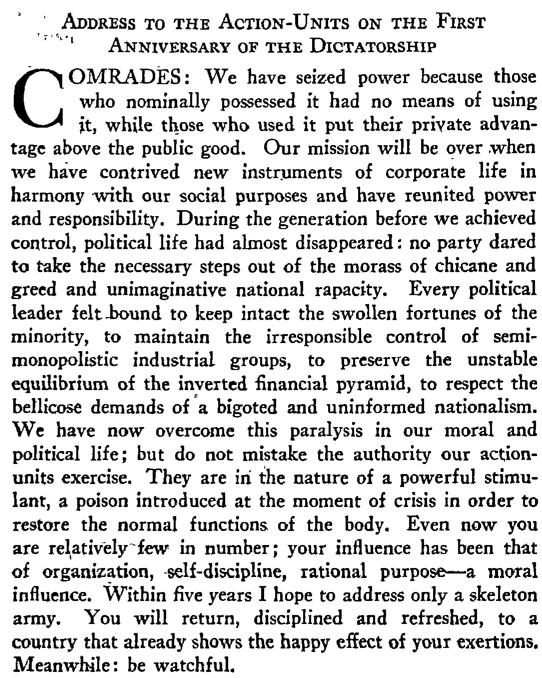 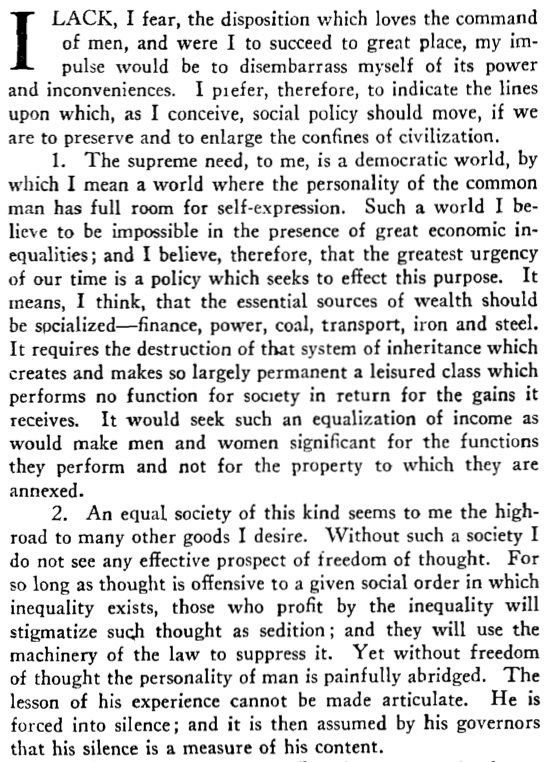 If I were dictator I should server notice upon Japan that if she did not withdraw within her former lines in Manchuria I should invoke an international boycott to compel her to do so, and, to demonstrate that I meant what I said in all sincerity, I should withdraw every last American soldier from Haiti, Nicaragua, Cuba, Samoa, and the Philippines. I should free the latter before their inhabitants had time to petition me for this action and so live up to our plighted national word…I should immediately recognize the Russia of the Soviets with every gesture of friendship and good-will to the Russian people. I should not be afraid of communism because I should set out really to constitute an honest and efficient government for the United States, one responding to the will of the American people as expressed through the initiative and referendum, and I am bold enough to believe that if I could have my way, our own system of government as reconstituted would not only challenge comparison with the Soviet program, but would seem infinitely more desirable so long as the Soviet Government is a blood-handed class dictatorship.

To accomplish this I should do everything in my power to bring about economic equality, and equality before the law. As I do not believe in prisons as they are now constituted, I should relegate to prison farms every single American official—and their number runs into thousands upon thousands—who violates the law, believes himself superior to it, and connives at the abuse of personal liberties by men in the garb of police officers or in that of civil authority. For I believe that the chief explanation of our being the most lawless civilized nation is to be found in the fact that we have more lawless officials sworn to uphold the law than any other nation on earth.

I should remove from the statute books by one stroke of the pen every law regulating the private morals of individual citizens. I should declare that, however men and women behaved in their relations with one another, it was their own affair, save where the public peace was disturbed….

I should frankly and boldly imitate the Russian government in that I should stress above all else the welfare, the prosperity, and the happiness of the plain people of Abraham Lincoln. Instead of making this a government by and for the well-to-do and the rich, I should make it a government primarily concerned with the welfare of the toiling masses, and I should let the rich go hang.