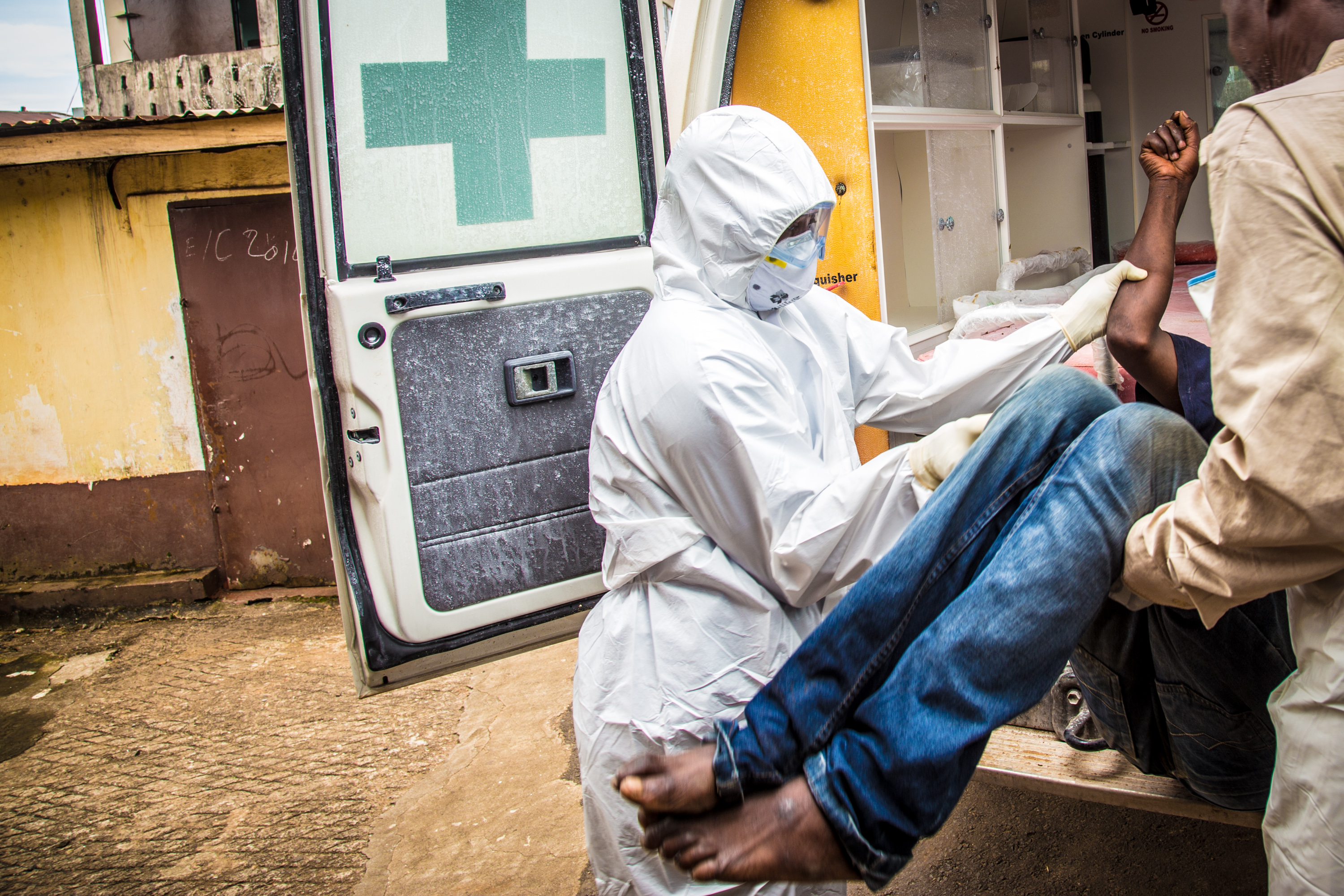 A health worker loads a suspected Ebola patient into the back of an ambulance in Freetown, Sierra Leone, Wednesday, September 24, 2014. (AP Photo/Michael Duff)

Before Ebola became an epidemic that has killed more than 3,400 people, before it jumped borders and crossed oceans, it was a deadly, if rare, disease that had been contained during each of its twenty-four previous outbreaks. This is crucial to remember as the disease churns through Liberia, Sierra Leone and Guinea, because it underscores a troubling conclusion: today’s wildfire Ebola epidemic was not inevitable.

Despite its frightening virulence, Ebola can be contained through robust public health efforts. It thrives in chaotic and impoverished environments where public health systems are frayed and international assistance weak. Though experts will debate the roots of this current crisis for years, one point on which many agree is that local poverty and global indifference played starring roles. “This isn’t a natural disaster,” international health crusader Paul Farmer told The Washington Post. “This is the terrorism of poverty.”

Liberia, Sierra Leone and Guinea are among the poorest countries on the planet, with health systems that have been shattered by years of neglect and conflict. As many as 90 percent of Liberia’s healthcare workers fled the country during its long civil war, and some 80 percent of its health facilities were closed. By the time the Ebola outbreak was declared an international emergency, Liberia had less than 250 doctors. Scientists could not have devised a more nurturing environment for a deadly virus if they had designed it in a laboratory.

But if local conditions created the opening for the epidemic, it was global inaction that helped it to flourish. For months, organizations like Doctors Without Borders begged the World Health Organization to begin marshaling resources to fight the crisis. But after years of budget cuts and the gutting of its epidemic-response unit, WHO failed to act with anything approaching the necessary speed and competence. Nor was it alone: governments around the world have stalled, unwilling to recognize this outbreak as the global humanitarian crisis it is. Even now, far too few have stepped up to provide the medical resources and technical expertise that are so desperately needed.

For the people in the affected countries, the result has been disastrous; the Ebola outbreak is raging well ahead of efforts to contain it, and scientists have warned that it could become endemic to the region. The lapses also point to fundamental weaknesses in our global preparedness for future epidemics, which, given the interconnectedness of modern life, the world must begin to face.

Once upon a time, fighting and preventing epidemics was considered WHO’s responsibility. The world still desperately needs an organization that can lead the way with public health monitoring, rapid response and resource mobilization. If WHO is to be that organization in the future, it must have far better funding and leadership.

Other ideas have been advanced by public health advocates—for example, a global healthcare reserve corps to be mobilized in a flash to supply professionals to hot spots—and there have been calls for new vaccine development. But beyond such technical interventions, the fight against future epidemics requires something far more ambitious: the creation of a strong domestic health system in the world’s most vulnerable countries. Frontline doctors, functioning clinics and basic medical supplies are the most reliable defense against future outbreaks. Whether the international community will rise to this challenge remains an unanswered question. But as Ebola rips through West Africa and knocks hard at the gates of other countries, we owe it to the people dying unnecessarily to try.