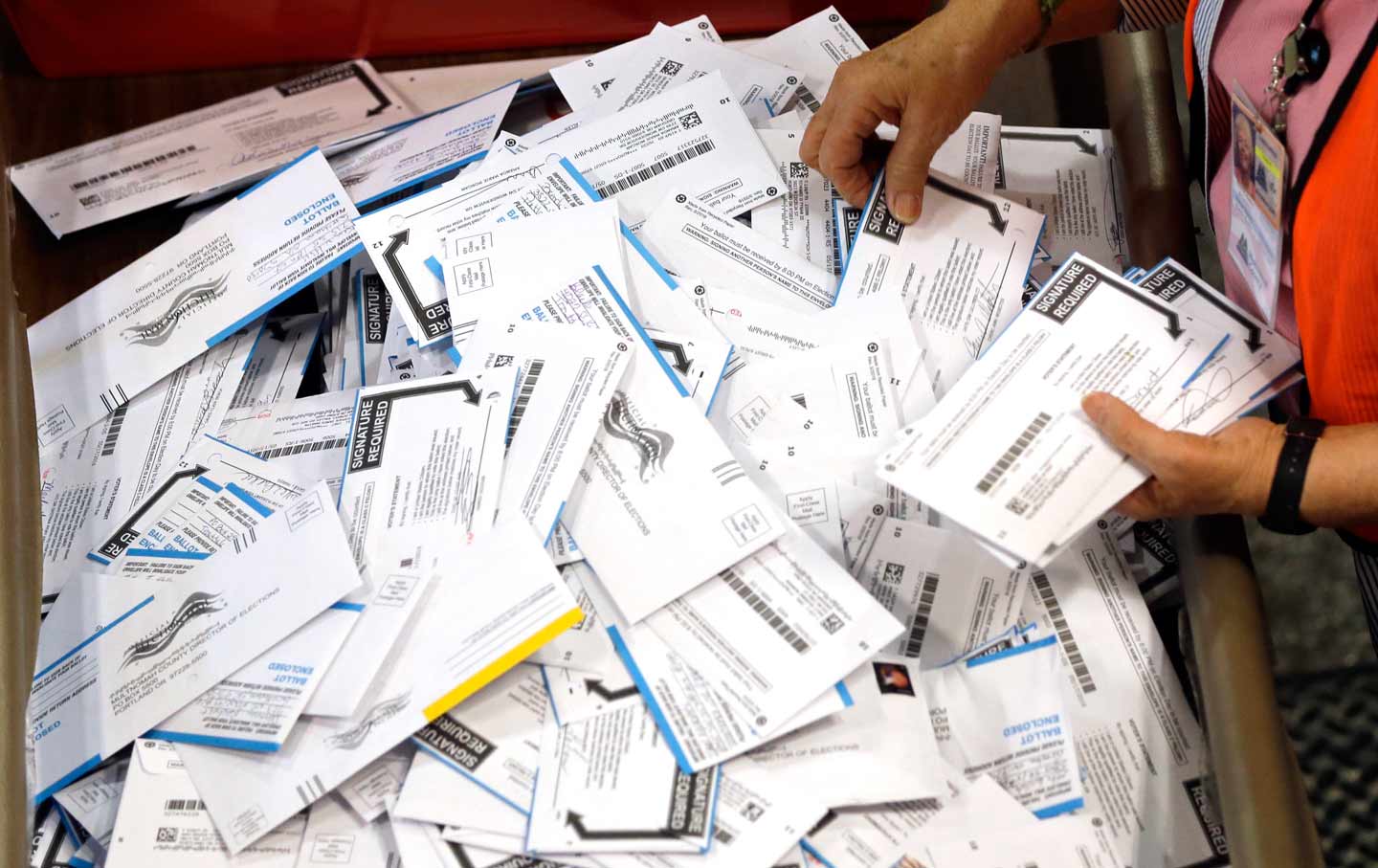 Ballots are prepared for counting in Portland, Oregon on Tuesday, May 17, 2016. (AP Photo / Don Ryan)

More than 1 million people voted in Oregon’s presidential primary yesterday for just the second time in the state’s history.

It was the first primary with Oregon’s new automatic voter registration law in effect, which is off to a great start. More than 100,000 voters were added to the rolls in 4 months, over half through automatic registration. Though Oregon had a closed primary and three-fourths of automatic registrants declined to choose a political party, early data of returned ballots showed that young voters who registered automatically were more likely to vote in the presidential primary or other races.

On the same day as Oregon’s primary, voter registration became much easier in two other states as well.

Connecticut became the fifth state to adopt automatic registration at the DMV, joining Oregon, California, West Virginia and Vermont, which could add 400,000 new voters to the rolls.

A federal court also struck down a key part of Kansas’s extremely burdensome proof of citizenship law for voter registration, allowing 18,000 voters to register beginning June 1 who had previously been blocked from registering at the DMV. More than 30,000 voters have had their voter registration status “suspended” by Kansas Secretary of State Kris Kobach for failing to bring a passport or birth certificate when registering, including a thirteen-year Air Force vet.

Automatic registration on a national level could go a long way toward registering the 50 million Americans—a quarter of the electorate—who are not registered to vote. States like Oregon are moving from an “opt-in” registration system, where voters affirmatively must seek to register, to an “opt-out” system where eligible citizens are automatically signed up after obtaining or renewing their driver’s license at the DMV and can decline to register afterward.

This shift of responsibility has worked powerfully in other facets of life. In European countries where organ donors opt-in, only 14 percent choose to donate versus 94 percent in opt-out countries, noted Sam Wang of Princeton University. If US voter registration increased from the current rate of 76 percent to 94 percent, 40 million Americans would be added to the voting rolls.

Former Attorney General Eric Holder, who delivered the keynote address, noted that of the 75 million Americans who didn’t vote in 2008, 60 million weren’t registered. At a time when “too many in this country are trying too hard to make it too difficult for the people to express their views,” Holder endorsed automatic registration nationwide.

“The ability to vote is a right — it is not a privilege,” Holder said. “The right to vote is not only the cornerstone of our system of government — it is the lifeblood of our democracy.” Our nation’s voting laws should reflect that.