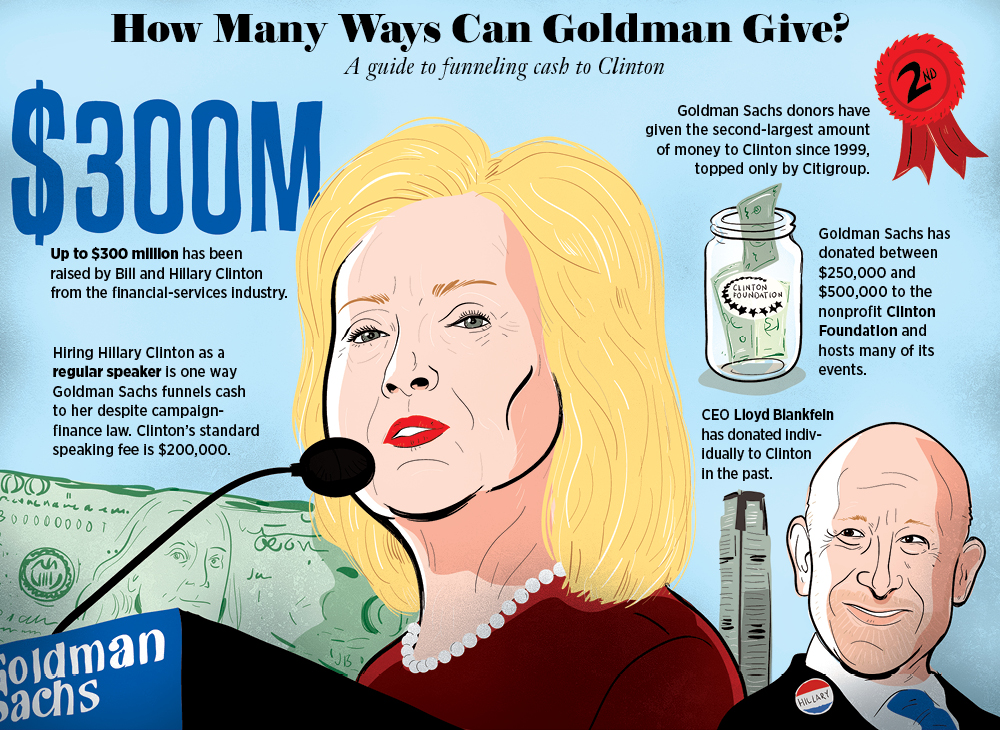 Hillary Clinton is leaving nothing to chance, and neither is Goldman Sachs. Since her first Senate campaign in 1999, the firm has been bankrolling Clinton to the tune of millions. Individual donors like Goldman CEO Lloyd Blankfein have been generous, but the firm has sought to purchase influence and good will through more oblique channels: speaking fees as well as contributions to the nonprofit Clinton Foundation.

Of course, Goldman is not alone. Citigroup ranks No. 1 in lifetime donations to Clinton; Morgan Stanley is No. 6 and employs Clinton confidant Tom Nides.

Wall Streeters are ready for Hillary.  And after the Supreme Court’s 2010 Citizens United decision, it will be increasingly difficult to track their influence.

More on Hillary Clinton in this issue…

The Editors: “Wanted: A Challenge to Clinton ”