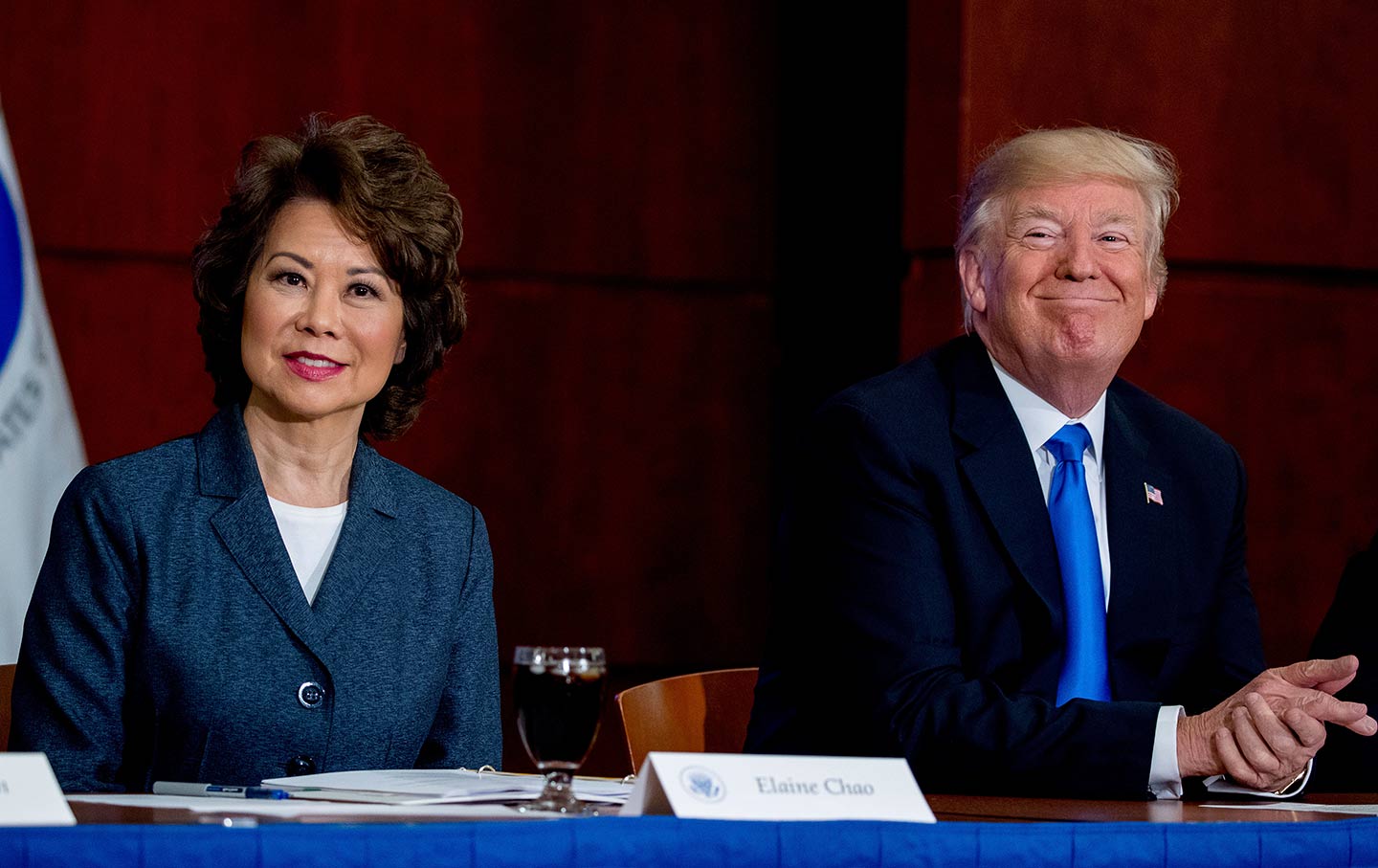 Even before Hurricane Harvey hit Texas, with devastating impact on the infrastructure of a flooded Houston and other communities, the Trump administration was thinking about and acting on flood-control policies.

Unfortunately, the president’s team was thinking about what corporate interests wanted, and acting on their behalf—even as specialists on flooding issues pleaded with the administration to do otherwise. On August 15, Trump and his team overturned an Obama-administration rule requiring that infrastructure projects, including roads and bridges, be designed to withstand the consequences of climate change—such as rising sea levels.

Experts in climate change, coastal management, and environmental policy begged the administration to maintain the Federal Flood Risk Management Standard for “climate resilience.” The concern crossed traditional lines of ideology and partisanship, as free-market economic groups and Republican members of the House praised the standard.

But politically influential real-estate developers and builders lobbied for overturning Obama’s order. And they got their way, thanks in no small part to one of the industry’s most powerful allies in the administration, Transportation Secretary Elaine Chao.

Since Trump took office on January 20, Chao and other presidential appointees have rushed to sell off critical decisions to the highest bidders in a crony-capitalist frenzy the likes of which Washington has never before seen.

“This is climate science denial at its most dangerous.” —Sierra Club Executive Director Michael Brune

Most Americans have little sense of the extent of the crisis, because Trump steals the limelight—even from his own actions. For instance, the announcement of his executive order revoking the Obama initiative to promote sound infrastructure development in areas prone to increased flooding as a result of over-development and climate change came during the same press conference where Trump went on a bizarre and troubling rant about the violence in Charlottesville, Virginia.

There can be no question that the president’s startling comments about “fine people” marching with white supremacists to defend monuments to the Confederacy were newsworthy.

But so, too, was the administration’s move to implement an industry-allied transportation secretary’s “deconstruction of the regulatory state” when it comes to vital policies regarding flooding and climate change. Chao is a former international banker with Citicorp, Bank of America Capital Markets Group vice president, and Wells Fargo board member who was associated with the corporate-friendly, deregulation-obsessed Heritage Foundation for years. She also has a long history of dismissing environmental concerns, and famously resigned from the board of Bloomberg Philanthropies in 2015 after being informed that the foundation was preparing to increase support for the Sierra Club’s “Beyond Coal” project.

That made Chao a fine fit for a Trump administration where cabinet secretaries and agency heads are busily dismantling environmental protections and initiatives to address climate change.

Chao was with Trump when he announced the gutting of Obama’s order to insure the “climate resilience” of infrastructure projects. As the cabinet secretary who will be overseeing much of Trump’s $1 billion infrastructure initiative, she was at the ready on August 15 with complaints about long environmental reviews and regulations and a promise that “This new Executive Order will slash the time it takes to get vital new infrastructure projects approved and delivered.”

Trump headed off to his golfing vacation after the press conference. But Chao was hard at work, she assured reporters: “At the Department of Transportation, we are already putting the Administration’s principles into action.”

That’s what scared the Sierra Club, even before Harvey hit, even before the flooding in Houston and other Texas communities confirmed the vulnerability of our infrastructure in this new era of devastating floods.

“This is climate science denial at its most dangerous,” said Sierra Club Executive Director Michael Brune in mid-August. He stressed that the administration’s moves were “putting vulnerable communities, federal employees, and families at risk by throwing out any guarantee that our infrastructure will be safe.”