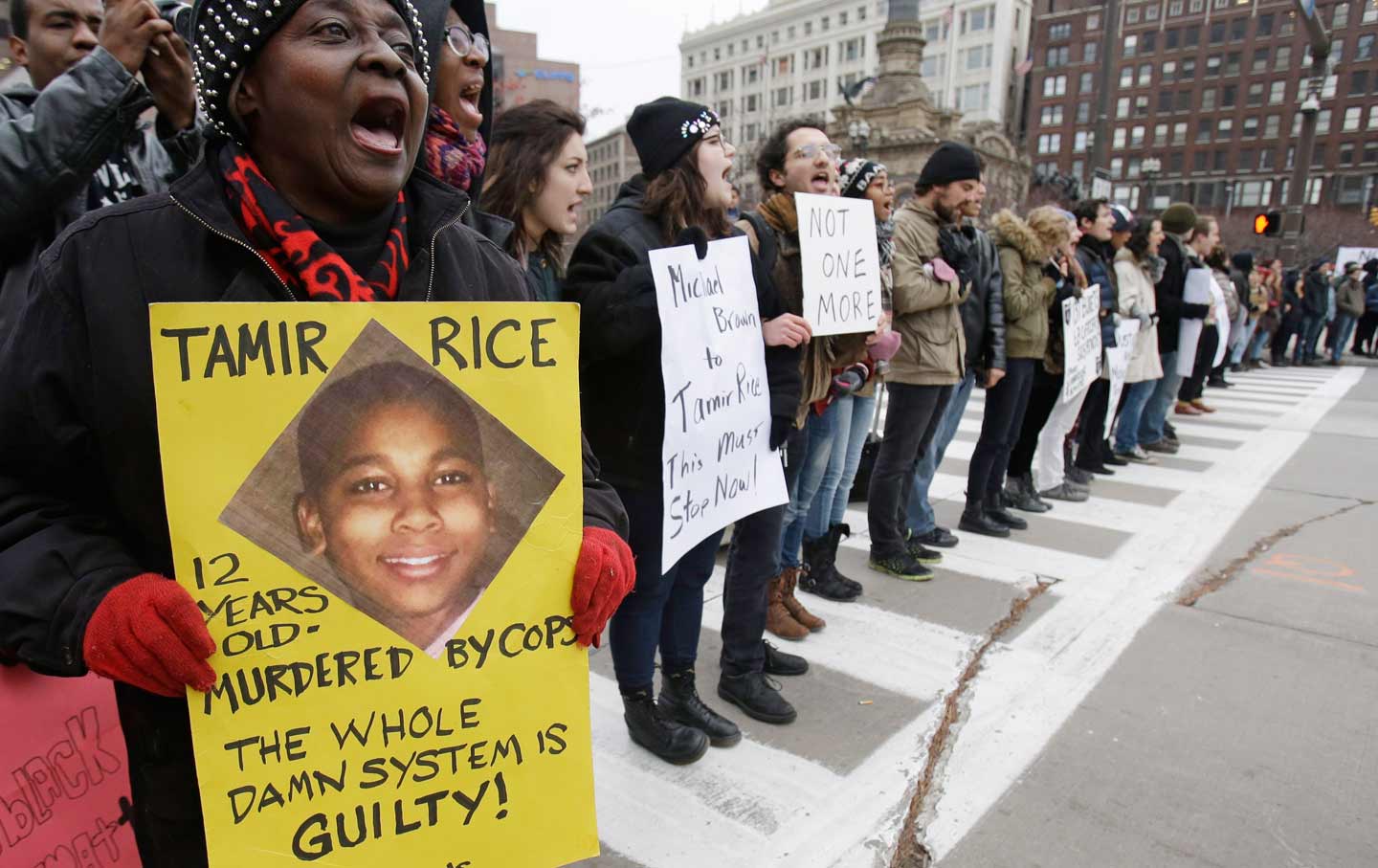 In a world of complex and systemic violence, legal reason sometimes follows an imaginative narrative arc.

Take the case of Charles K. Goodridge, a computer programmer in Texas, who sued Hewlett-Packard, his employer of nearly a decade, for racial discrimination. He lost his job as part of a settlement in that case. Already in his late 40s, he was unable to find other regular work and was eventually evicted from his apartment. As Anand Jahi, Goodridge’s cousin and a graduate student at Princeton, wrote in YES! Magazine, “economic devastation turned him into a trespasser.” And so, early on the morning of July 9, 2014, Goodridge was discovered in the fitness center of his former building by Francisco Ruiz, an erstwhile neighbor and off-duty county constable who moonlighted as a security guard for the complex. Ruiz returned to his apartment to retrieve his gun and a set of handcuffs. He then chased Goodridge into the parking lot of the complex, where, according to the Harris County DA, he “became fearful that Goodridge was going to take his gun and kill him with it, so when he gained some distance from Goodridge, Ruiz pulled the gun and shot [him] twice” in the abdomen. A grand jury failed to indict Ruiz for this act.

This much of the story might never have become more widely known but for a recently circulated video, from the dashboard camera mounted on a responding police car. It shows the police failing to administer any first aid whatsoever, ignoring the injured Goodridge for nearly half an hour. What attention he does receive is brief but shocking: In what appears to be a much-delayed afterthought, an officer casually walks over and roughly yanks the limp, prostrate, gravely wounded man onto his side to be handcuffed. At another point, Goodridge raises his head, and a deputy uses his boot to press Goodridge’s face back onto the tarmac.

Goodridge bled to death from wounds that an independent pathologist said he might have survived if he’d made it to surgery sooner. As The New York Times reported in a masterpiece of understatement: “The treatment of Mr.  Goodridge illustrates complicated issues of policing, compassion and medical care on which there is little consensus on proper police procedure.”

When Rice arrived at the ER, doctors couldn’t intubate him: Based on police descriptions, they expected an adult.

This story came to light at about the same time that Cuyahoga County prosecutor Timothy McGinty released two reports by hired experts declaring that the shooting death of Tamir Rice was “objectively” and legally reasonable. Rice was the 12-year-old killed by Cleveland police after a passerby called to report a “juvenile” who appeared to be brandishing a gun that was “probably fake.”

In life, Rice was a jocular, good-natured kid who, though marked as a “special education” student, was deemed “no trouble.” He was well liked by his teachers and mentors, and hung out with his big sister every day after school at the rec center on whose grounds he was killed. Rice was overweight—at 5-foot-7, he weighed 195 pounds—and a bit shy, having been persistently bullied by some of his peers for wearing the same stained and dirty clothes day after day. Those who knew him said that he’d traded his cell phone for a friend’s airsoft-pellet “toy” as a way of pretending to be tougher than he was.

The passerby’s call was reductively translated by a police dispatcher to the responding officers as a “black male” in the park “with gun.” Videos show that in under two seconds, Officer Timothy Loehmann, a rookie with less than a month on the job, pulled his gun and fired twice, striking Rice once in the abdomen.

From that moment on, Tamir Rice was referred to as “the suspect” in nearly all of the investigative documents except for the forensics report, where, at last, in the offices of death, he is listed as a “victim.”

The problem of translation haunts every aspect of the telling. Rice was generally described by neighborhood witnesses as a kid or a “little boy.” The responding officers, on the other hand, described a man of advanced years and exceeding size such that, when Rice arrived in the emergency room, the medical team was unable to intubate him: Based on “pre-hospital information” (or police descriptions), “tube selection was for an adult male” and was too large to bypass his vocal cords. “Rather than delay for a second attempt, decision made to transfer to OR”—where Rice hemorrhaged to death by early the next morning.

Regarding the much-asked question of why the police didn’t shoot to disable rather than kill, Kimberly Crawford, one of the hired experts and a former supervisory special agent for the FBI, dismisses such expectations as “Hollywood.” Besides, she adds, “whether Rice looked his age or not is irrelevant to the determination of reasonableness.” She quotes the Seventh Circuit case of Pena v. Leombruni: “Very little mentation is required for deadly action. A rattlesnake is deadly but could not form the mental state required for a conviction of murder.” This, Crawford says, “is not to suggest that law enforcement officers would shoot a toddler with a gun. Most law enforcement officers would rather take a bullet than shoot a toddler. However, Tamir Rice was…perfectly capable of inflicting death or serious physical injury.”

That perceived capability underwrites our repetitive American tragedy. The black superpredator. Our enchantment with guns. And, of course, the ubiquitous fear of rattlesnakes.

Crawford writes that “the question of whether [the officers] could have avoided the situation had they used better tactics is one that is worthy of consideration from the perspective of policy and training,” but warns against “armchair quarterbacking.” She quotes Smith v. Freeland, a Sixth Circuit case, for the proposition that “we must never allow the theoretical, sanitized world of our imagination to replace the dangerous and complex world that policemen face every day.” With Tamir Rice’s sunny, shortsighted, little-boy existence thus assigned to the realm of a sanitized imaginary, his death may be deemed “objectively reasonable.”