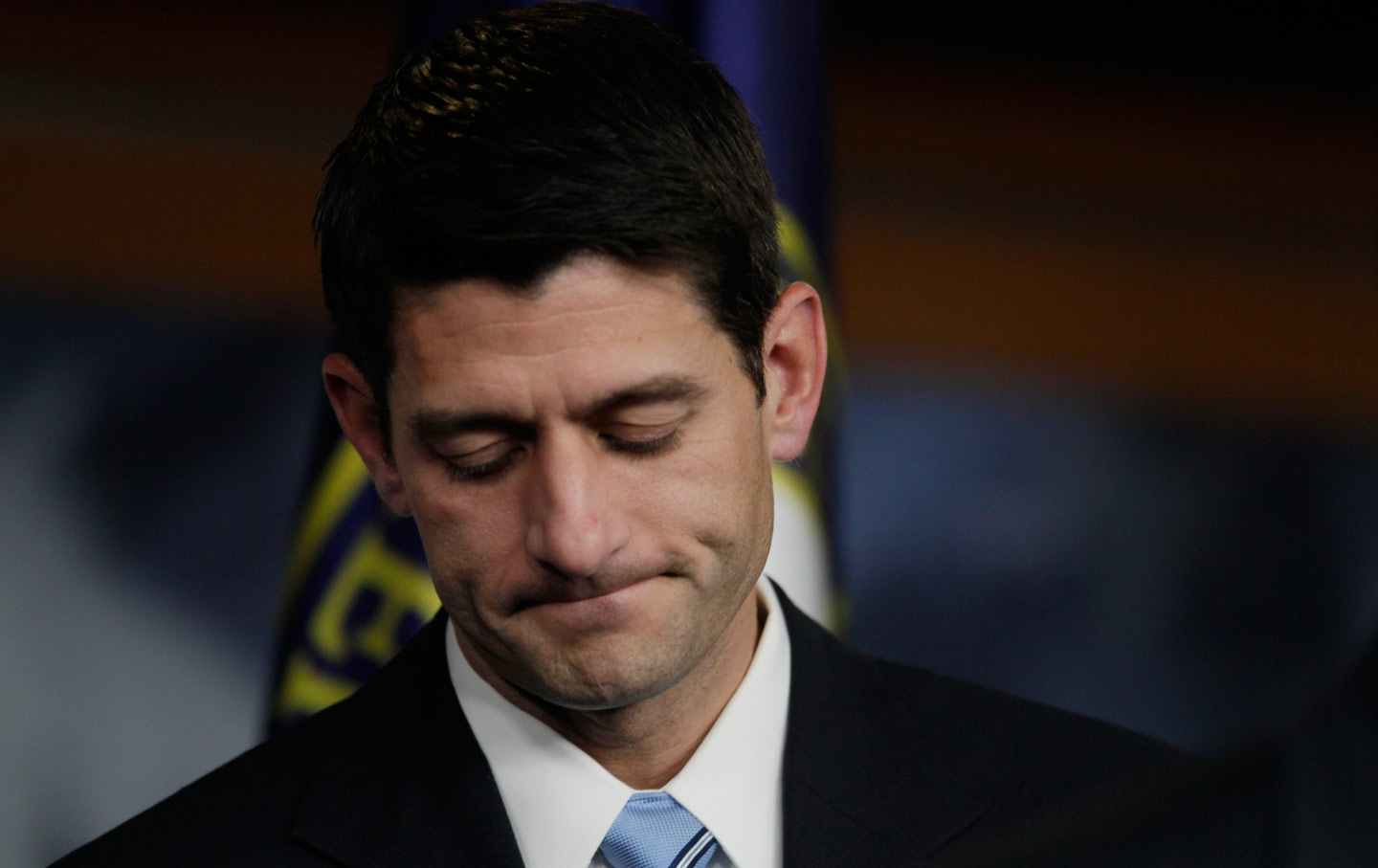 Then, satisfied that they had done something symbolic, they would do nothing of consequence to address the crisis.

On Monday night, however, the charade of silence did not work for Paul Ryan.

“Our silence does not honor the victims, it mocks them." —Congressman Jim Himes

During the first House session following the worst mass shooting in modern American history—the attack on an LGBTQ nightclub in Orlando that left 49 dead and 53 wounded—Speaker Ryan literally sought to silence the House of Representatives.

The speaker shushed the House and banged his gavel. Then he announced: “The chair asks that the House now observe a moment of silence in memory of the victims of the terrorist attack in Orlando.”

Ryan, a favorite of social conservatives, did not address what had happened as a hate crime, which targeted lesbians, gays, bisexuals, transgender people, and their allies.

Ryan, a favorite of the National Rifle Association, did not address the fact that the victims were gunned down in a country where innocents are gunned down so frequently that House “moments of silence” have become routine.

The speaker simply walked through the motions.

This time, however, House Democrats refused to walk with him. Moments of silence are honorable and decent responses to horrible days. But these moments are sapped of meaning when they serve as a cloak for inaction. There had been scattered objections before, but this was different. This protest was bigger, and louder. It felt like a pivot point. Or, to be more precise, it should be a pivot point. As Congressman Mark Pocan, D-Wisconsin, has suggested, instead of “yet another moment of silence,” America needs “a moment of action.”

And, on Monday night, Pocan and other House Democrats acted.

A number of Democrats simply refused to join Ryan in what they decried as “the fetish of silence.”

Led by Connecticut Congressman Jim Himes, they left the floor in protest, rather than participate in Ryan’s charade. Himes, who represents a district that borders Newtown, where 20 children and six adults were slain in 2012 at the Sandy Hook Elementary School, said that House moments of silence following mass shootings had become “obnoxious expressions of smug incompetence.”

“Our silence does not honor the victims, it mocks them,” declared Himes.

Inside the House chamber on Monday night, other Democrats chanted, “Where’s the bill?”—demanding a debate on gun legislation.

Their protest came after Ryan tried to begin and end discussion of the mass shooting with his moment of silence. Assistant Democratic Leader Jim Clyburn, D–South Carolina, stepped to a floor microphone and asked Ryan when bills addressing gun violence would be taken up by the House. “I am really concerned that we have just today had a moment of silence and later this week the 17th…,” Clyburn began.

Ryan interrupted him and asked if the Democratic leader was a making a parliamentary inquiry. “Yes, Mr. Speaker,” Clyburn continued. “I am particularly interested [in talking] about three pieces of legislation that have been filed in response to Charleston.”

Ryan dismissed the inquiry as the South Carolina congressman was referring to the killing of nine people at the Emanuel African Methodist Episcopal Church a year ago this week (on June 17, 2015). The speaker’s office said that Ryan had determined that veteran civil-rights activist’s question was out of order.

Ryan’s spokeswoman said, remarkably, “It’s shameful that anyone would try to use a moment of silence honoring victims of a brutal terrorist attack to advance their own political agenda.”

The shame was on Ryan Monday night.