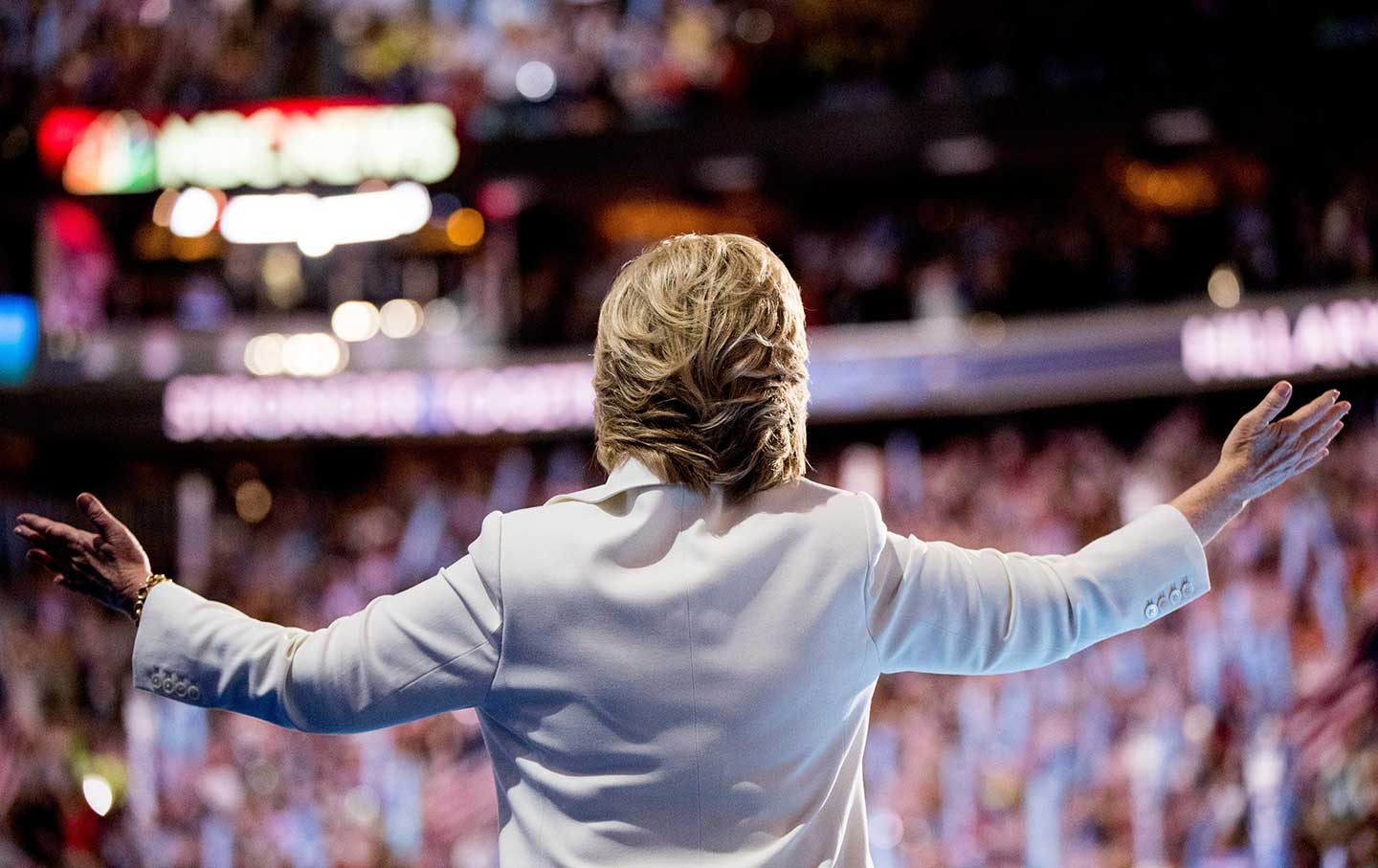 As in some ancient myth, Hillary Clinton, warrior princess, could only succeed in her quest for the kingdom by vanquishing Phallus, the many-headed god of male sexual craziness. First she had to defeat the ghost of Bill Clinton, and that wasn’t so hard because Bill was a popular politician even when his sins were fresh in public memory; now he was old and his sins were too. Then there was the giant, Donald of the tiny hands, and he helped vanquish himself by being too gross and proud of it even for many in his own party. It was all going so well—her campaign was even thinking of venturing into seriously red places like Arizona just for the heck of it—when, a mere 11 days before the election, up popped a ridiculous troll: Anthony Weiner, the irrepressible dick-pic-sending long-disgraced estranged husband of Huma Abedin, Hillary’s aide and friend. For some reason, Abedin and Weiner may have shared a laptop, on which there may have been both Weiner’s sexts, possibly to an underage girl in North Carolina, and e-mails to or from Abedin that may have something to do with Hillary’s State Department correspondence. We know all this because James Comey, the Republican who heads the FBI, ignored Department of Justice protocol and told Congress he was investigating the matter, although he was unable to say what the matter was or when he would know. By the time you read this, the whole thing may have blown over. Or not. Meanwhile, what have we learned so far?1

1. If you are a woman in politics, don’t get married.2

2. If you are a married woman in politics, get a divorce. Better still, become a widow. All the perks of marriage and none of the risks.3

3. Whether or not you are in politics, do not share a laptop with your husband, especially if he is a pervert. Believe me, you don’t want to know!4

4. If you are a Democratic president, do not give important jobs to Republicans, especially jobs having to do with manly stuff like law, order, war, and guns. You won’t win brownie points with the opposition; you’ll only reinforce the notion that Democrats are girly men.5

Hillary Clinton is not the first woman politican to have career trouble because of the men in her life.

I’m not the only person to have noticed that the campaign of the first woman to run for president from a major party has ended up being all about men behaving badly. Just look at Trump’s campaign: former campaign manager Corey Lewandowski, accused of manhandling a woman reporter at a rally in March; the unspeakable Roger Ailes, forced out as head of Fox News after multiple women came forward with credible charges of harassment and abuse, now a campaign adviser; Breitbart chairman Stephen Bannon, the current campaign CEO, charged with domestic violence in 1996; surrogates Rudy Giuliani and Newt Gingrich, proud adulterers and huge hypocrites. It’s as if hating women, being accused of sex crimes, and being a terrible husband are job qualifications. (And maybe that’s not the only place it’s a plus on your résumé: After he left the Trump campaign, CNN snapped Lewandowski right up.) But then this is Trump, who boasted about the size of his penis in a primary debate, which has to be a first. Could the clouds of testosterone billowing from the campaign have something to do with the fact that Trump is facing a woman? Just don’t forget who has the dick around here, people! Don’t forget who is the grabber and who is the pussy!6

It might comfort Hillary Clinton to remember that she is not the first woman politician to have had career trouble because of the men in her life when she got too close to the White House. In 1984, Geraldine Ferraro, Walter Mondale’s running mate and the first woman vice-presidential candidate from a major party, faced an investigation by a House ethics panel stemming from complaints made by the Washington Legal Foundation, a right-wing legal organization, that she had violated a congressional ethics law by not disclosing her husband’s financial information. The inquiry revealed that Ferraro had more money than her regular-Queens-mom image suggested—she wasn’t just a dumb housewife who somehow got into Congress; she was a rich dumb housewife. (After the election, the committee found that while she had indeed violated the law, she had done so unintentionally, and, noting that other members of the House had acted similarly, recommended no censure.) Her campaign was scandalized again when news broke that one of her husband’s companies had rented out space to a porn distributor. (This was before porn was cool.) And then there were the usual misogynist slurs and crudities: Ferraro was ambitious and unqualified, a man-hater and a criminal. Barbara Bush called her “rhymes with rich” and George H.W. Bush, her vice-presidential opponent, boasted after a debate that he had “kicked a little ass.” The all-male Catholic hierarchy treated her with contempt: Unlike her fellow pro-choice Catholic Mario Cuomo, she was pointedly not invited to the Al Smith dinner when her running mate couldn’t attend.7

Since this is my last column before the election, I’m trying mightily to wring something positive out of the sorry fact that in 2016, one candidate is an open enemy of women’s rights and progress and is currently winning the support of a majority of white male voters. Maybe we’ve seen so much sexism because the truth is out: As antifeminists always feared, women really are men’s equal. The phallus is all men have, so they have to wave it whenever they can. Trump the bitch! Hillary has everything a male pol is supposed to have: brains, experience, money, organization, devoted followers, a thick skin, and, yes, stamina. Furthermore, she’s not the only woman who can make that claim. It’s harder these days to dismiss a woman by suggesting she’s ignorant of policy and lacks credentials. So, suddenly, policy is boring, credentials are boring—as so often happens, when women get something, it no longer matters. But power always matters. That’s what Phallus and his sidekicks are afraid of. Go, warrior princess!8