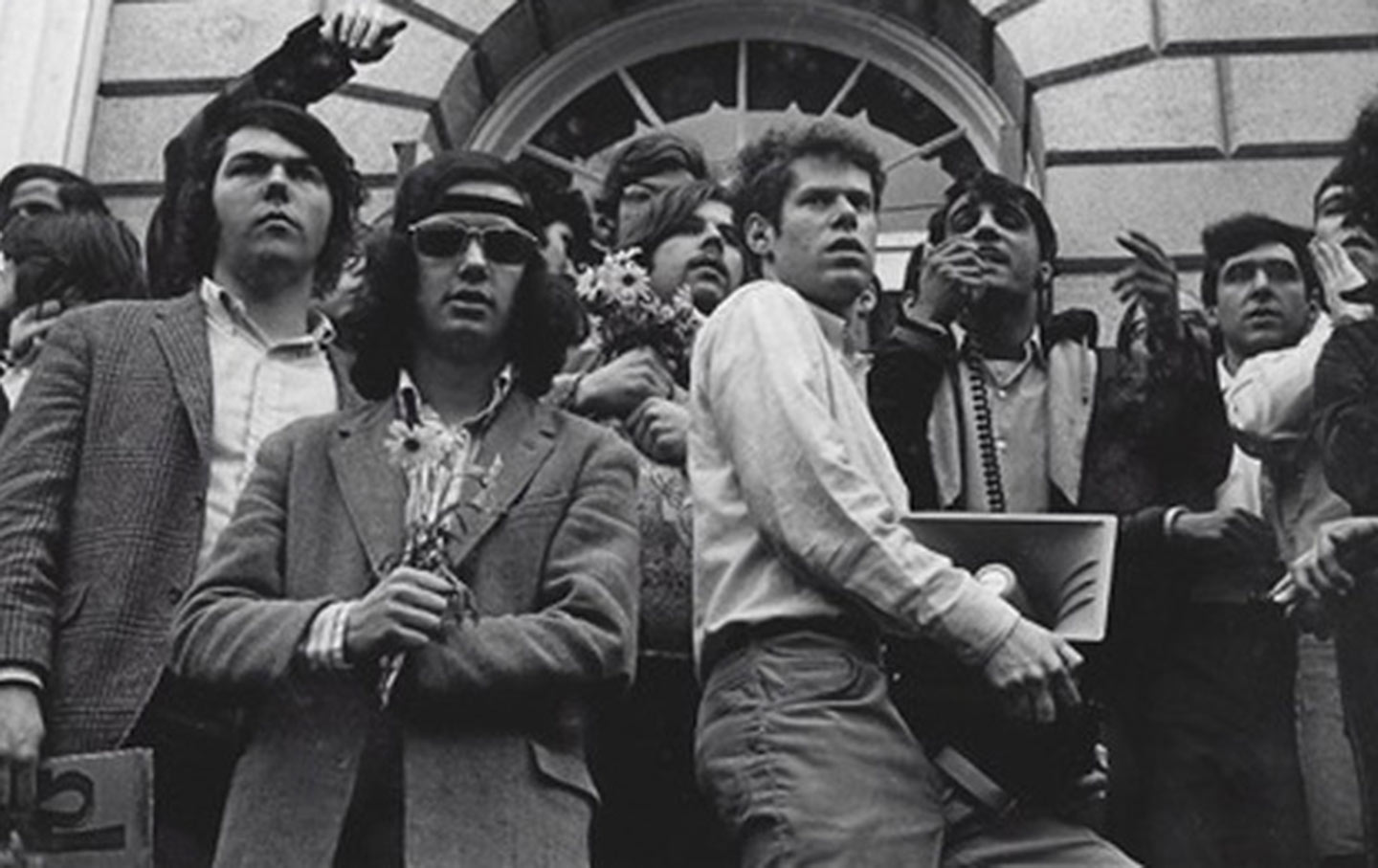 I almost didn’t attend the reunion celebrating the 50th anniversary of the student strike at Harvard University in 1969. I was put off by the organizers’ listserv, with its endless political exhortations and relating of strike minutiae. How is it that so many people remember so much about events that took place half a century ago? Is there such a thing as memory envy? In the end, I went because it was probably my last chance to see many people with whom I shared a formative political event: getting arrested for participating in the takeover of University Hall to protest Harvard’s role in promoting the war in Vietnam.

Spoiler: We didn’t stop the war. The Vietnamese themselves did that—though the anti-war movement may have weakened President Richard Nixon’s resolve. We did get the ROTC kicked off campus, helped establish what would become one of the preeminent African and African-American–studies departments in the country, and got Harvard to build working-class housing. You can read about those days in a fascinating anthology of memoir-essays, You Say You Want a Revolution: SDS, PL, and Adventures in Building a Worker-Student Alliance.

So there we all were, gathered in the Science Center auditorium—gray-haired, white-haired, balding, a few of us thinner, most more rotund. On the upside, we’ve become universally nicer, smarter, and much more thoughtful than we were in our flaming, furious sectarian youth. Movies like Return of the Secaucus Seven (1980) and The Big Chill (1983) cemented in the public mind the belief that ’60s radicals eventually dropped their picket signs for picket fences to lead bourgeois, apolitical lives with occasional twinges of wistfulness and guilt. What the reunion showed is that, to a remarkable degree, those who were serious radicals and activists stayed on the left for life and figured out ways to make a living and thrive without selling out.

Our members instead taught in the public-school system, community colleges, and universities. They became lawyers, like David Bruck, the renowned death-penalty attorney, or worked for civil-rights and civil-liberties groups, like Donna Lieberman of the New York Civil Liberties Union. Other alums became union organizers, doctors, and nurses or have run nonprofits that do good work, like Miles Rapoport, a former head of Demos. Others spent their whole lives in the Latin America solidarity movement, like Mike Prokosch. All of the women and some of the men were feminists—the sexism of the 1960s and ’70s left was a prominent theme throughout the day. Sure, the crowd was self-selecting, but there was nary a banker or a hedgie among us.

Inevitably, the Progressive Labor Party (PL) was the text and subtext for much of the discussion. It’s hard to believe, but this Marxist-Leninist-Maoist groupuscule and its front organization, the Worker-Student Alliance (WSA), were hugely powerful in Harvard’s Students for a Democratic Society (SDS), then the main organ of the student left. PL brought discipline, devotion, and courage to the movement and connected it to working-class issues, such as the low pay of Harvard’s workers (amazingly, it would take a student-supported worker strike in 2016 to raise wages significantly—at a university with a $35 billion endowment) and the threat that Harvard’s expansion posed to working-class neighborhoods. Had it not been for the takeover of University Hall (despite Harvard SDS voting against it), the strike probably never would have happened. And speaking of memories, other attendees confirmed my own recollection that John Rawls, the great philosopher, did indeed bail us out of jail, as did another great philosopher, Hilary Putnam. Along with the anthropologist Jack Stauder, I believe Rawls and Putnam were the only tenured professors who openly supported the strike.

At the same time, PL was secretive and hierarchical and respected democracy only when convenient. The party alienated members from friends and family, wore them out with meetings and grunt work, and exhausted them with its narrow, bizarre, and constantly shifting ideology. For example, PL initially opposed strikers’ demands for a black-studies department because it was “nationalist” but later supported it when it became one of the strike’s eight demands. Try explaining that to your classmates over tuna melts and Coke. In some ways, PL was a cult, down to its charismatic local leader, Jared Israel. I have a friend, now a retired professor and a grandmother, who skipped the reunion because, she said, 40 years and more after she left the party, she is still suffering from “PLTSD.”

I feel a bit that way myself. I never joined PL because I didn’t believe in democratic centralism, the Leninist doctrine of going along with supposedly collective decisions (often handed down by unelected leaders). I never believed the United States was on its way to a communist revolution (and still don’t). But in the sometimes bitter factional fighting that would destroy SDS, I sided with the WSA, and I’ve since often wondered why. I think it was because I was raised in the old left and respected it for its seriousness, its combination of bravery, conviction, dedication, and puritanism—even though I didn’t agree with the puritanism (and even though I was sort of puritanical myself). You could say I’m still trying to sort out those contradictions.

Nate Goldshlag and Rapoport, who organized the reunion, had the genius idea of connecting us with today’s undergraduate activists. They’re an impressive lot. Where we had the war, they have climate change—a more difficult challenge, since we didn’t have to prove the war existed. Time has moved on—“What’s a mimeograph machine?” one young person asked—but mostly for the better: They have women in the leadership, are far more conscious of racism, and are way better at building unity.

But some things never change. Even as Harvard’s administration welcomed us with an exhibit of strike photographs (in a library named after Nathan Pusey, the president who called the cops who beat up students during the strike), it has been reluctant to meet student demands about fossil-fuel divestment. “Harvard is a corporation first and a university second,” said activist John Berg. The struggle continues.