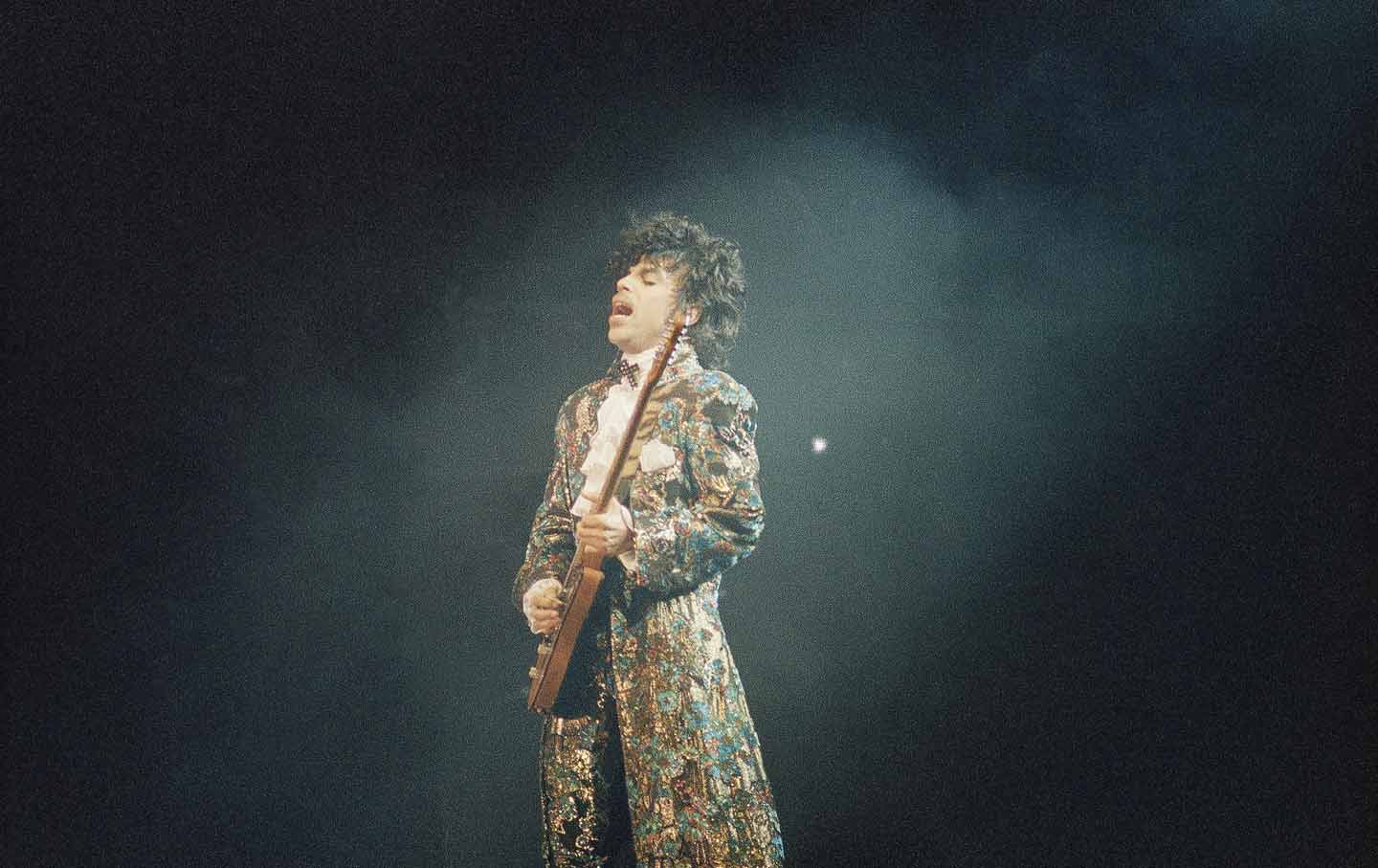 Everyone in the Twin Cities had a story about Prince. I was an 18-year-old college student from the hinterlands of New York City—rap mixtapes in hand—and my Prince knowledge began and ended with “When Doves Cry.” I quickly caught on that I had to “get Prince” if I was going to survive in the Minneapolis–St.Paul area and this was the first thing I learned: Everyone had a story about Prince. You heard them on each and every Friday night when the local movie house played Purple Rain at midnight and everyone dressed up like they were Wendy and Lisa. You heard them in the basement rock shows when the punk, hip-hop, or ska bands always closed their sets by doing their own tripped out versions of “Little Red Corvette” or “I Would Die 4 U.” You heard them in the cafeteria, as I listened to a classmate from Chicago say without shame—and actually with pride—that she chose our school just to meet His Purple Highness.

The stories were always unreal, about the ways in which a young man reinvented soul in the coldest and—in more ways than one—whitest part of the United States. “There he was,” we were told, “a teenager riding his motorcycle in the rain, buck-naked through the heart of downtown while playing his guitar.” We heard stories of him shredding his axe while standing in the audience during someone else’s wack-ass show and turning everyone in the crowd—including the performers on stage—into his own audience. We heard stories about him throwing orgies where he would somehow get everyone to get freaky while barely saying a word—and keeping his own damn clothes on. I didn’t know what was or was not true, but as my friend, another East Coast ex-pat said to me, “You ever notice how Prince stories are always the best stories?”

It was these stories that made us listen to every song, every note, to try to understand the secret of what made him so electric and magnetic to everybody in town. It didn’t take long to figure it out: Prince’s secret was that he could be your everything… but only if you were willing to expand your own horizons and be better than the person you were. If you were a man and wanted to really get with what Prince was all about, you had to learn how to drop the macho bluster and get sensitive, clean up, and find some style. If you were white, you had better find your soul. If you were black, you needed to accept that rock and roll was not “white music” but your own heritage. If you were a woman, you needed to be more aggressive than maybe you were raised to be. If you were a biracial American, drawing your heritage from a mix of of people from all over the world, then Prince was telling you to not find that mix confusing but liberating.

My senior year, I knew I was not long for the Twin Cities. I had to get back out East. So I wanted to see as many shows as possible at the club that made Prince famous, First Avenue. That meant I saw Morris Day and the Time three times that year. They always did the same six songs and they always brought the house down. My last time there, I was hanging in the back, and this wall of a man walked by me—he looked like King Kong Bundy with a deep tan and a Tom Selleck mustache. Behind him, about three feet back, was his practical twin. I remember wondering if the Minnesota Vikings offensive line was here to catch some music. But then, in between them, his head just above their waists, was Prince, not a legend, just flesh and bone, barely more than five feet tall. In the 20 years since, I’ve met Danny DeVito, Lionel Messi, and Al Pacino. I have never met a man that short of stature with that kind of scary, almost, unsettling, charisma. He was fireworks. He was art. He was the drugs that Nancy Reagan told you not to take.

They stopped in front of me, and I could not help myself. I said, “Excuse me?” All three turned around and his bodyguards immediately extended their tree-trunk arms to make sure I stayed an arms length back. Prince looked at me, lifted his own hands, placed them lightly on his bodyguards arms and pushed them down. He said, “Yes?” I stared… oh how I stared… and I said, “You’re Prince.” He looked up at me, blinked his eyes twice. I had his attention and needed a witty follow-up so I said, “Yes. You’re Prince.” I felt like I was playing the fool. But Prince blinked twice more, smiled, and said, “That was nice.” And then, as a searing single electric guitar note was being held behind my ears, he was gone. Too beautiful for my world. Now, too beautiful for this world. Goodnight, sweet Prince. This Saturday night, in your honor, let’s make it all right.