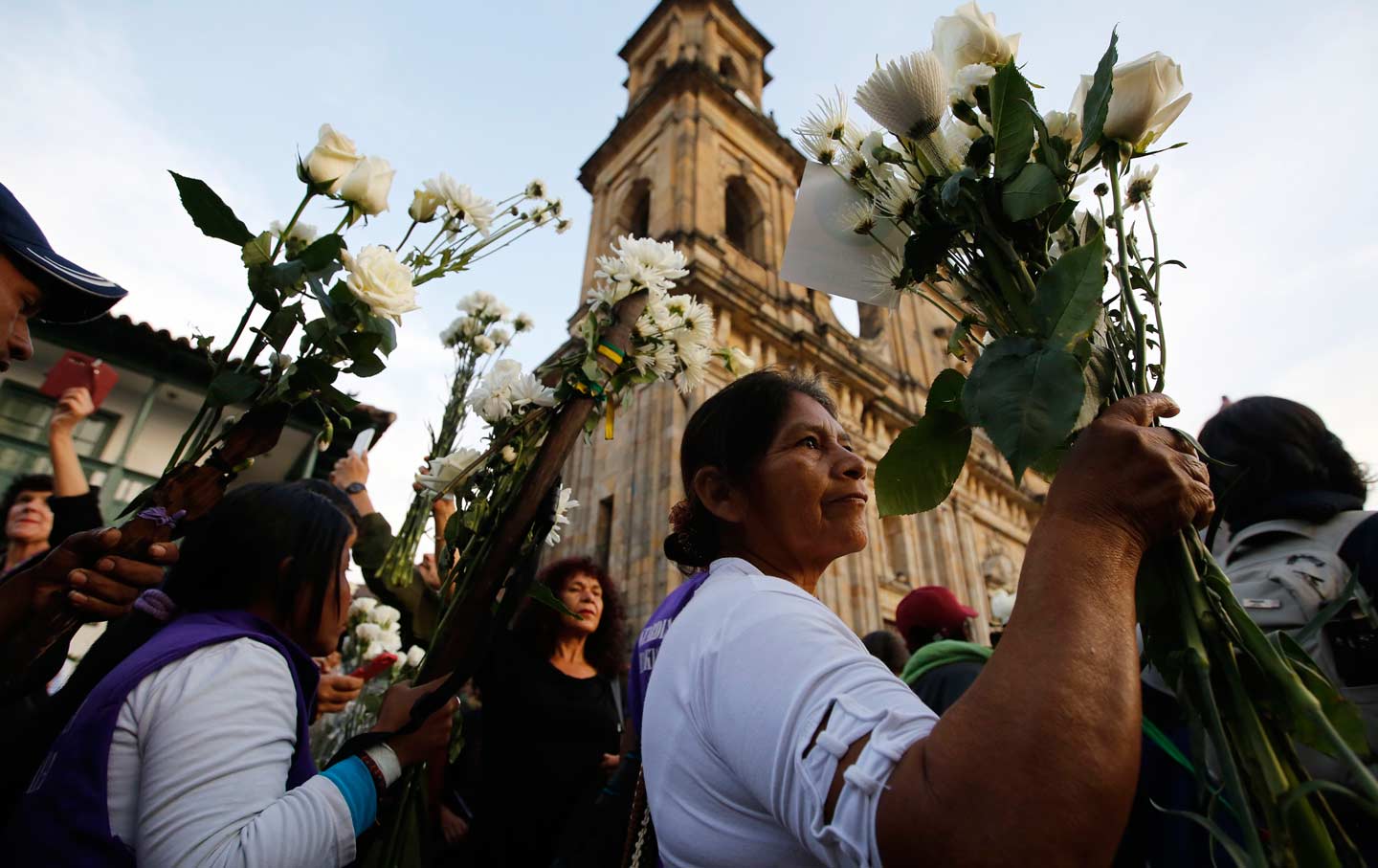 Some good news. Just a few weeks ago, in a national referendum, Colombians narrowly rejected, by an even smaller number of voters than those who gave Donald Trump the US presidency, a painstakingly negotiated peace settlement. That agreement, brokered over the course of years in Havana, Cuba, was meant to end Colombia’s more than five-decade war between the military and the Fuerzas Armadas Revolucionarias de Colombia (FARC). The referendum defeat was a shock to those Colombians who worked so hard over so many years to end the war.

But neither Colombian President Juan Manuel Santos (who shortly after the defeat of the first settlement won a Nobel Peace Prize) nor the FARC gave up, instead sending their negotiators back to Havana to work out a new deal, which was announced this weekend. Negotiators didn’t so much start from scratch but rather used the criticisms directed at the first settlement to tweak the terms. Former president Alvaro Uribe, who represents both the paramilitary and cultural right in Colombia, was able to mount an effective “no” campaign in the last referendum. Uribe and his allies, including in Human Rights Watch, tapped into worries that members of the FARC convicted of human-rights violations wouldn’t be sufficiently punished, and that vague calls to recognize gender equality and sexual identity would be constitutionally binding.

In other words, the original peace accord came to represent more than the possible end of fighting between the military and the FARC. It became a flashpoint in a wider global cultural and geopolitical clash, where proponents of “no” imagined themselves voting against an array of tangible and intangible threats: Venezuela, Cuba, and gay rights, as well as shifting norms weakening private property and patriarchal authority.

According to The Economist, the new accord addressed some but not all of the criticism directed at the original proposal. “Under the new agreement, the FARC have committed themselves to declaring and handing over all their assets”—including investments of profits made from drugs and illegal mining—“which will be used to pay reparations to victims of the conflict.” And rebels who confess to human-rights violations to a special transnational justice tribunal “will continue to avoid jail, but they will be subject to “restricted liberty” in “contained demobilization zones.”

The Economist also writes that implied in the new agreement is the promise that soldiers and police “would be treated more gently than the guerrillas.” Importantly, however, the FARC are still guaranteed five seats in the Senate and five seats in congress during a transitional period, as the insurgent group transforms into a political party.

According to La silla vacía, an excellent source of information, the revised settlement:

Reassures those who voted no convinced (but deluded) that the [first] agreement had a “gender ideology” and that, through constitutional reform, would redefine the concept of man and woman and family. References to gender were eliminated [in the new settlement] although it remains explicit that women who have suffered disproportionately in the conflict will be treated with priority…

Mention of the LGBT community, which concerned religious groups, is now found only in the chapter that prohibits discrimination against religion, race, and sexual orientation. At the same time, “freedom of religion” was upheld—the implication being, as with the Hobby Lobby case in the United States, that such freedom exempts one from recognizing sexual difference or reproductive rights.

Land reform and rural development remains one of the weakest provisions, especially when one considers the scope of the problem: Colombia is home to nearly 7 million internally displaced peoples. Tying the right’s “law and order” concerns and patriarchal anxieties together is the sacrosanct right of “private property.” That, says President Santos, “won’t be affected.”

President Santos didn’t have to put the previous settlement to a national vote, but he did, betting he’d win. He lost. And he isn’t required to put this one to a vote—he could have it ratified by Congress, where it is likely to move forward. Maybe we’ve had enough voting for a while.