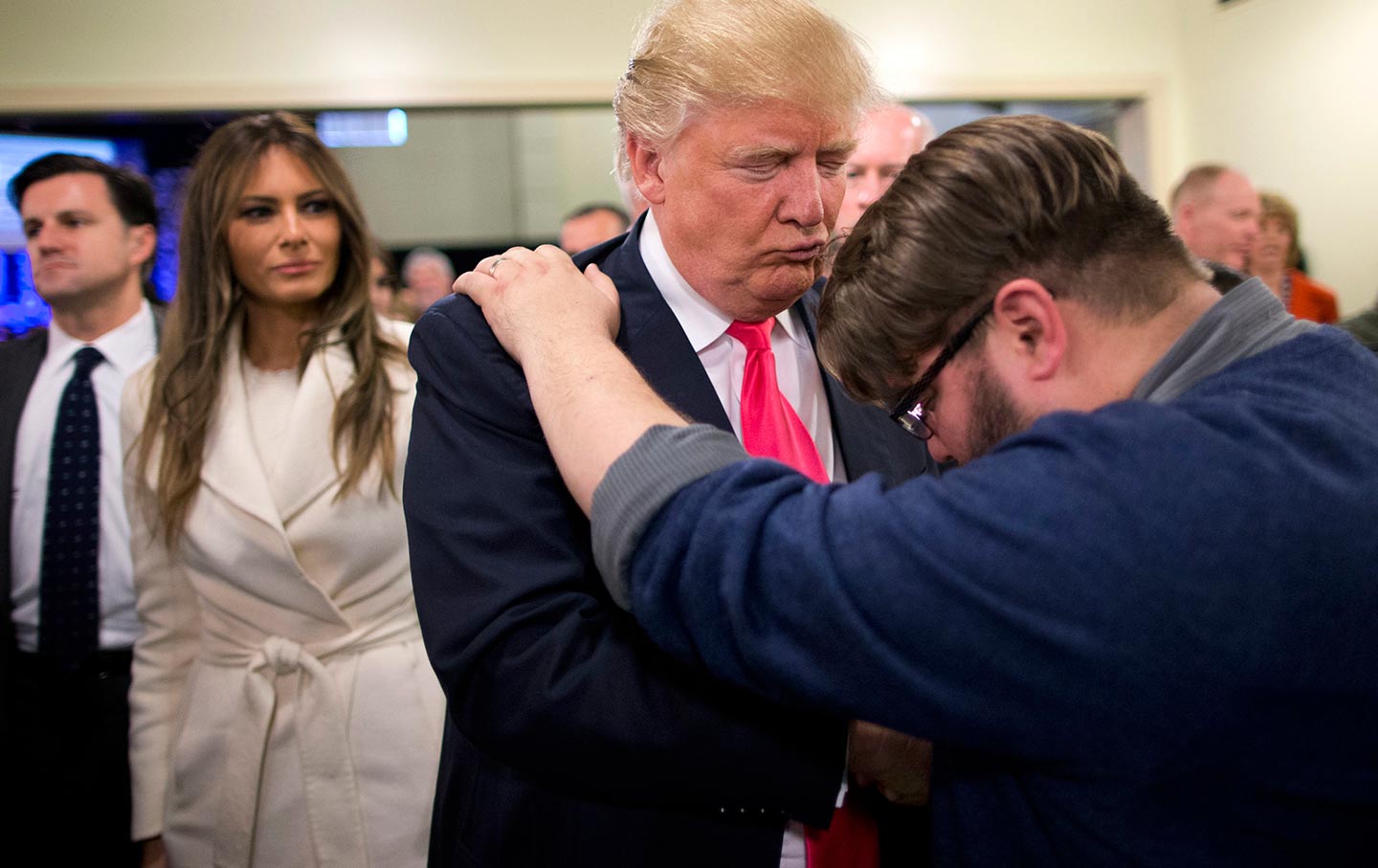 Frances Fitzgerald wrote the classic Fire in the Lake, which transformed our understanding of Vietnam. She won the Pulitzer Prize, the National Book Award, and the Bancroft Prize. She’s written many other books, and articles for The New Yorker, The New York Review of Books, and The Nation, and she’s a member of The Nation’s editorial board. Her new book is The Evangelicals: The Struggle to Shape America. This interview has been edited and condensed.

Listen to Frances Fitzgerald on the Start Making Sense podcast.

Jon Wiener: Some basic facts: How many people in the United States today call themselves Evangelical?

JW: And how many of the white evangelicals voted for Trump?

JW: Trump does not go to church. Do evangelicals care about that?

FF: Of course they care, but sometimes other things are more important to them: the Republican platform, and what Trump has promised them—as opposed to the Democrats, who have never been terribly sympathetic to their policy desires.

JW: Why do evangelicals even care about public policy in America? Why do they care about the Republican platform? Isn’t God’s kingdom the one that matters? Isn’t the task of evangelicals to get right with the Lord, and not with Donald Trump?

FF: Some evangelicals say that, and there’s been great criticism of Trump from some of the leading evangelicals. But like everyone else in this country, evangelicals are affected by government policies. Trump has already appointed something like five people, including his vice president, who are part of the Christian right.

JW: It seems like today’s evangelicals emerged in response to what you call the long 1960s, to what we might call the sins of the ’60s, especially feminism and gay liberation.

FF: That’s certainly fair to say. But in the background is their economic conservatism.

JW: Do they really care about tax cuts for the rich or cutting back government regulations on business? Is that something that Jesus has spoken about to them?

FF: Jerry Falwell said it was in the Book of Parables, but I don’t think that everyone thinks that way. There was a real split this time between the pastors and the laity. A poll done by an evangelical group called LifeWays found that the pastors tended to vote on religious issues: “religious freedom,” justices of the Supreme Court. Lay people voted on the economy and national security.

FF: They voted for him the first time, in 1976, as one of their own, which he certainly was, but not the second time, in 1980, because they felt that he had become a liberal. They were looking for somebody more sympathetic to their causes, and they found it in Reagan—who wound them around his little finger.

JW: In the recent Republican primary there were some candidates who really were evangelicals: Ted Cruz, for example. Why did the white evangelicals go for Trump rather than for Ted Cruz or one of the other people who was more closely identified with their religious views?

FF: That surprised a lot of people, particularly after the leaders of the religious right came together and decided to endorse Ted Cruz. But evangelicals voted for Trump anyway. They were not listening to the people who used to be able to tell them how to vote. As I said, they voted on economics and foreign policy.

JW: Young evangelicals today care only about one issue: abortion. But the Bible doesn’t really have anything much to say about abortion. How come abortion has emerged as the millennials’ big issue?

FF: It’s been growing ever since the beginning of the ’80s. In the past it was not much of a concern to evangelicals, most of whom were like liberal Protestants, supporting what they called therapeutic abortions—abortion in the case of rape or incest, but also harm to the mother. The harm included psychological harm, so that could mean almost anything. What they didn’t like was what they call abortion on demand, which is what Roe v. Wade protects.

Abortion had always been a Catholic issue, and evangelicals couldn’t stand the Catholics. It took years to convince them that abortion was murder, as the Catholics said. Then they became more Catholic than the Catholics on this issue, because it connected with what they saw as part of the destruction of the patriarchal family, which they have been supporting all these years.