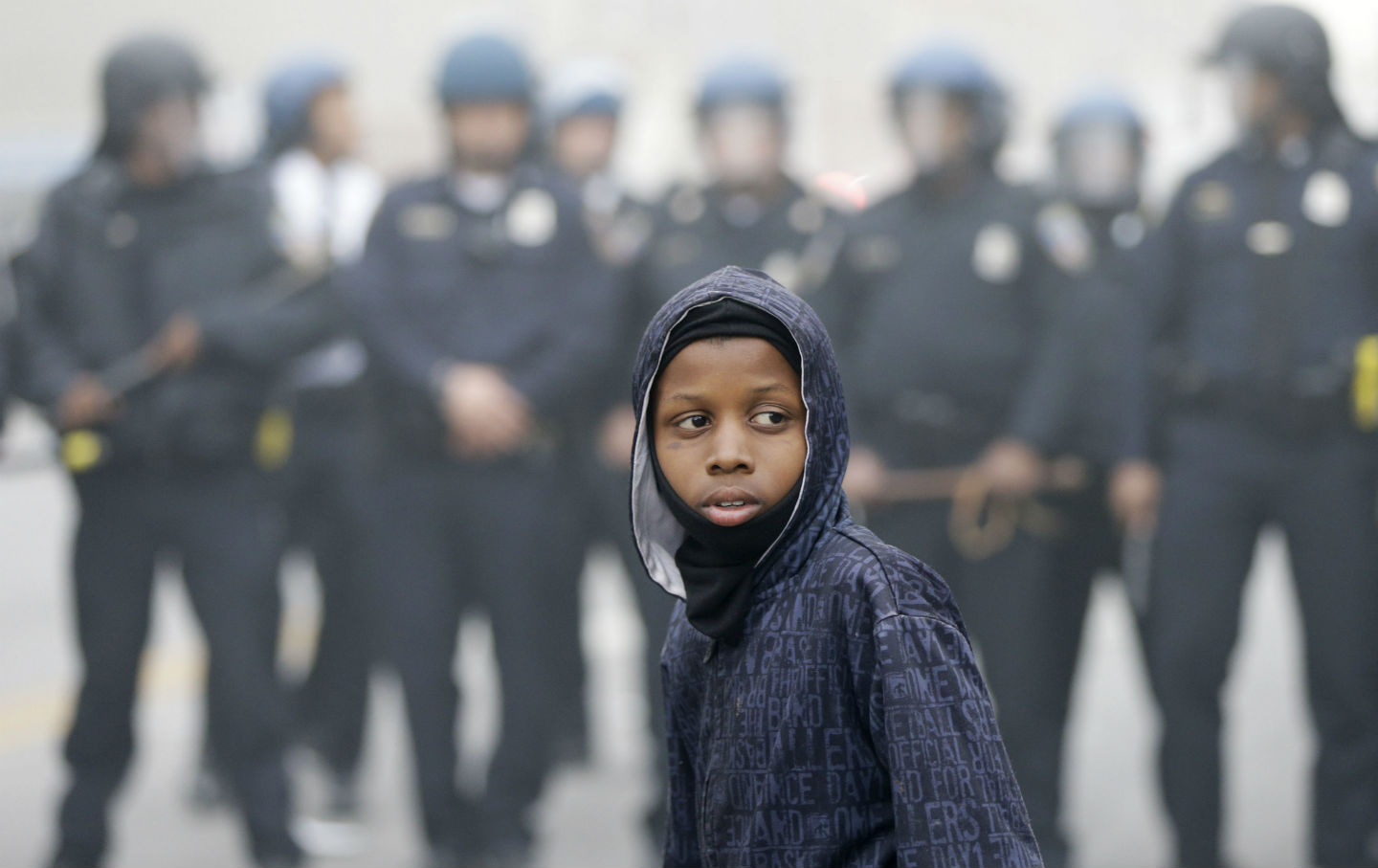 In July 1966, James Baldwin published “A Report from Occupied Territory,” a despairing essay in The Nation contemplating race relations in Harlem and other American cities. Describing the deep sense of alienation and despair in the black community, Baldwin wrote, “The children, having seen the spectacular defeat of their fathers—having seen what happens to any bad nigger and, still more, what happens to the good ones—cannot listen to their fathers and certainly will not listen to the society which is responsible for their orphaned condition.” Fifty years later, it’s heartbreaking and infuriating to read those words and realize how little has changed.

The riots that erupted in Baltimore following the death of Freddie Gray, who sustained fatal injuries in police custody last month, were as predictable as they were painful to watch. Across the country, Gray is the latest in a long line of black men killed, inexplicably, in brushes with the law; Baltimore is the latest city, but likely not the last, where blacks’ legitimate frustration has reached a boiling point and spilled into the streets. And yet the unrest in Baltimore and other cities is about more than a single death or even the single issue of police brutality. It’s about the structural racism, inequality and poverty that have pervaded our cities and plagued our society for too long.

Indeed, the profound divisions now on display mirror the findings of the Kerner Commission, which President Lyndon B. Johnson established to study the root causes of the 1967 race riots. “Our nation is moving toward two societies, one black, one white—separate and unequal,” the commission famously warned. “Segregation and poverty have created in the racial ghetto a destructive environment totally unknown to most white Americans,” it reported, adding that the media had “not communicated to the majority of their audience—which is white—a sense of the degradation, misery and hopelessness of life in the ghetto.” That criticism of the media resonates today, as sensational coverage of the destruction and looting too often has disregarded the systemic devastation of the communities in which they are taking place.