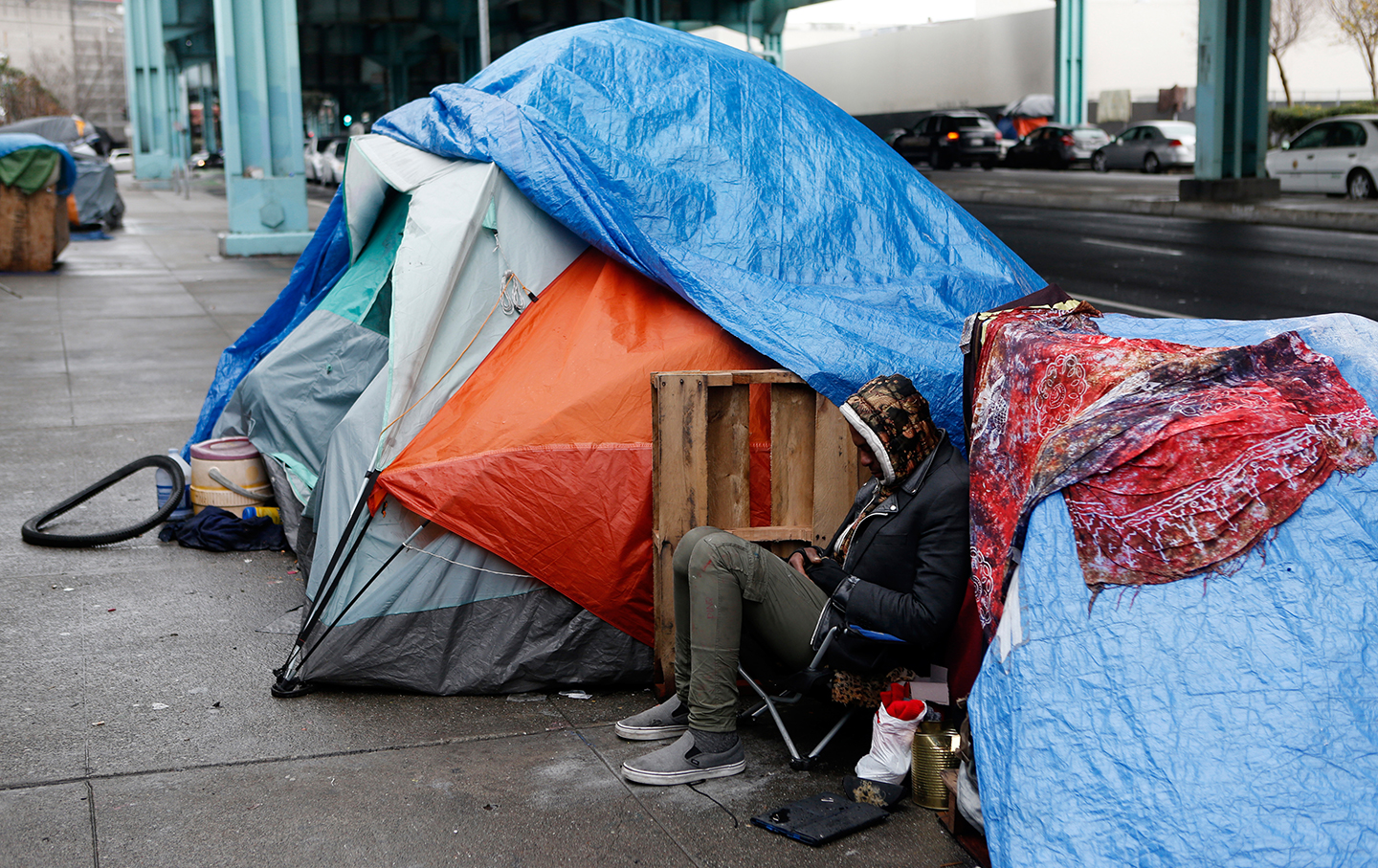 A homeless man takes shelter under a freeway during an El Niño–driven storm in San Francisco. (Reuters / Beck Diefenbach)

President Trump was so delighted by the May jobs report that he tipped off investors by tweeting while the information was still embargoed. The news—more than 220,000 new jobs, unemployment down to 3.8 percent, the lowest in 18 years—was undoubtedly strong. The Economic Policy Institute hailed “the economy’s steady march towards full employment,” noting that most of the drop in unemployment came from workers finding new jobs and only about one-third from workers leaving the workforce. Wages are finally beginning to budge, though the growth rates still don’t keep up with the rising cost of basics such as health care and education. The last time the US economy enjoyed across the board wage growth was in 2000, when the economy also neared full employment levels.

The cheery numbers, however, should not blind us to the harsh reality facing most Americans. The United States is one of the richest nations in the world, yet many of its citizens live in misery. Consider: “About 40 million live in poverty, 18.5 million in extreme poverty, and 5.3 million live in Third World conditions of absolute poverty. It has the highest youth poverty rate in the [industrialized world] and the highest infant mortality rates.… Its citizens live shorter and sicker lives compared to those living in all other rich democracies…and it has the world’s highest incarceration rate, one of the lowest levels of voter registrations among [Organization for Economic Cooperation and Development] countries and the highest obesity levels in the developed world. The United States has the highest rate of income inequality among Western countries.”

The quotes come from the official “Report of the Special Rapporteur on extreme poverty and human rights on his mission to the United States of America,” on behalf of the UN Human Rights Council. Special Rapporteur Philip Alston notes that for the poorest Americans the situation is getting worse. “For almost five decades the overall policy response has been neglectful at best, but the policies pursued over the past year seem deliberately designed to remove basic protections from the poorest, punish those who are not in employment and make even basic health care into a privilege to be earned rather than a right of citizenship.” [emphasis added]