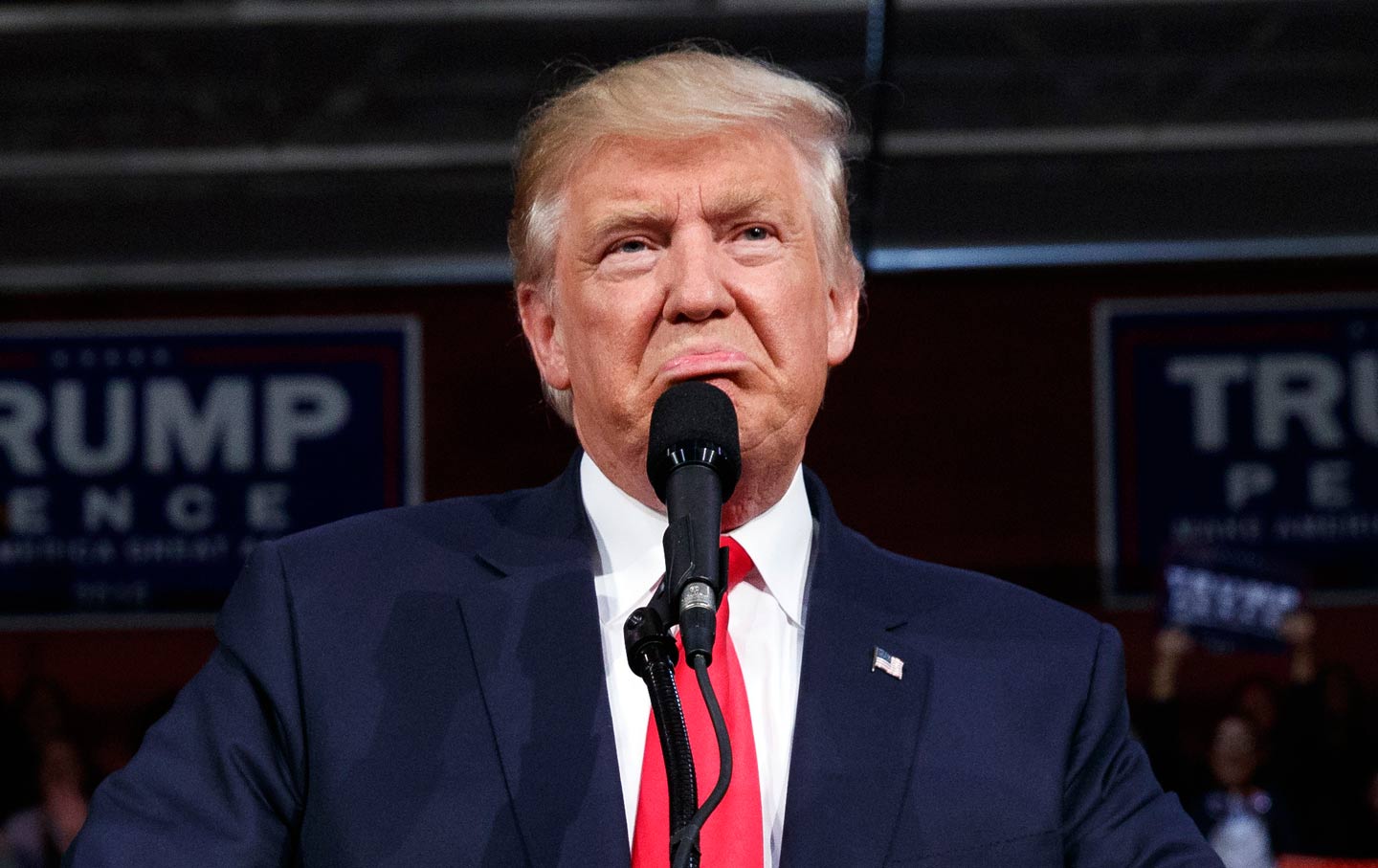 It’s quite possible that a decade from now, we’ll look back on Donald Trump’s norms-transgressing, concession-refusing shtick as the straw that broke the back of a fragile American democracy. But I doubt it, inertia being the powerful force in human affairs that it is. I think we may find that we owe him a huge thank you—for shearing the façade off of our corrupt body politic and laying bare the festering racism, misogyny and homophobia beneath.

The term “gaslighting” has come back into vogue of late as a means of describing a particularly perverse form of psychological abuse, one wherein an abuser prompts the abused to doubt whether the abuse even happened, thereby undermining their most basic source of agency —narrative agency. The America I grew up in in the ’70s, ’80s and ’90s gaslighted women, people of color, LGBTQI folks, and the left in general. When my alma mater, Antioch College, adopted the first form of what has lately come to be known as an affirmative-consent policy, it was roundly derided—by editorial pages, by Saturday Night Live, by a whole cottage industry of campus-rape deniers casting the students of a tiny college in rural southwestern Ohio as an unholy coven of castrating bluestocking scolds. When young black men were gunned down by police and there were no smartphones or dashcams to record it, the media gatekeepers of the day, who were fewer and far more powerful and even whiter and more male than today, shrugged indifferently, mumbled something about the crime rate, and returned to the really important functions of a free press, such as providing flood-the-zone coverage of Bill Clinton’s (creeptastic but consensual) affair with a White House intern and penning fanboy mash notes to the right-wing Torquemadas and new-media hornswogglers of the attendant publicity circus.

In the days after the “Grab ’em by the pussy” tape dropped, women I know posted searing personal stories of sexual harassment and assault on their Facebook walls, normally repositories of cute-kid pics and anodyne validation-seeking. One friend recounted how an adult man first grabbed her by the pussy when she was 12. Another recalled the first time she was groped on the subway.

Women in public life, too, began telling their stories. The political journalist Ana Marie Cox, famed for the tough-as-nails, profane-as-all-hell snark machine persona with which she launched Wonkette, visibly choked up on Larry O’Donnell’s Last Word show talking about the tape. “You brought me back,” she said, after an awkward pause. Deep breath. “I’m very concerned for a lot of women out there, because I was brought back by that statement to something that happened to me when I was a young woman.”

Trump has sheared the façade off of our corrupt body politic and laid bare the racism, misogyny, and homophobia beneath.

In the wake of the Trump revelations, The New York Times reported, “couples say they are talking to each other about the degradation of women in new ways and revealing assaults that had been buried for years.” The article opened with the story of a woman who had finally told her husband of 30 years about how she’d been molested in eighth grade.

I think that for many men, such stories offer a glimpse into an invisible world, a parallel universe that they’ve only heard whispers of — a kind of X-chromosomal Upside Down in which, unbeknownst to them, people they know live under constant threat of physical and sexual violence. Of course, we knew about that one time a sister, lover, or spouse was groped or harassed or raped, but n=1 or 2, and our view into this world has been comfortingly narrow, because even in the more progressive precincts of our society, women don’t tend to advertise the fact that they’ve been sexually assaulted. And by and large, men haven’t especially wanted to know, haven’t bothered to put the pieces, laid neatly before us, together. Far better to believe that rape culture is a kind of liberal mass hysteria, a PC campus analogue to the killer-clown scare — or else just something that happens to sorority pledges foolish enough to attend that kegger, or ambitious on-air personalities foolish enough to work at Fox.

But it seems to be an absolutely universal part of the female experience. I find myself wondering: How many times was my mom sexually harassed? Was she sexually assaulted? Were my grandmothers? What about my boss? My female friends and acquaintances? What does that experience do to a person?

The women in my Facebook feed that have daughters share their stories and end these posts—just as friends with black sons do every time another young black man is shot by the police—wondering whether, when or how it will maul their children. Hard swallow. Most, if not all, of their daughters will be scarred by rape culture one way or another. Very soon. Some have probably been groped or catcalled already.

Many of these are my kid’s schoolmates, kids I’ve known since preschool. I’ve watched them grow up, but at 10, they are still children. They are on the cusp of puberty, and if the changes their bodies are undergoing aren’t enough, they’ll have to worry about this shit. Some will shake it off and move on. Others won’t. All will put on layers of psychic armor as they run a gauntlet of harassment and worse. It will weigh on them, and on their relationships.

Their mothers, sharing these stories on Facebook or Twitter, are not dewy-eyed n00bs, confronting life’s outrages for the first time. These are tough women, middle-aged women who have borne babies, worked many jobs, seen friends and lovers and loved ones come and go, been through hard breakups and divorces and lost parents and lost jobs and hustled hard to keep afloat. The scales fell from their eyes decades ago. You can’t gaslight these women. They know who they are. And they’re determined that their daughters will not have to live in the world they grew up in, prey to a culture that deters them from even reporting sexual assault, because nobody in authority would believe them and if they did it would be their fault anyways.

Donald Trump has changed all that. Donald Trump, together with a proliferation of voices, of women and people of color and others carried by digital media, has forced us to acknowledge this invisible world. Donald Trump has ensured that the Republican Party will never again be able to dog-whistle to white racists by talking about “crime,” or “states’ rights,” or “the inner city,” or “welfare” and “entitlements.” He took that whole code, the one their programmers have been writing and rewriting and iterating on since Nixon, and he open sourced it, put it right out there for everyone to see.

He may have reenergized a dangerous element of the extreme right long relegated to the shadows of the outer fringe. He may have re-mainstreamed a long-dormant anti-Semitism in this country. He may have made a lot of woman-haters and abusers and rapists stand a little taller for a few months. But in doing so, he’s also exposed them for what they are. He’s blown their cover, shabby as it was.

So no more gaslighting of America, at least. Now we all know where we stand, and a woman will sit at the big desk in the Oval Office and call the shots for at least a little while, and our daughters will not doubt their own stories or their own power quite as much as they did before.