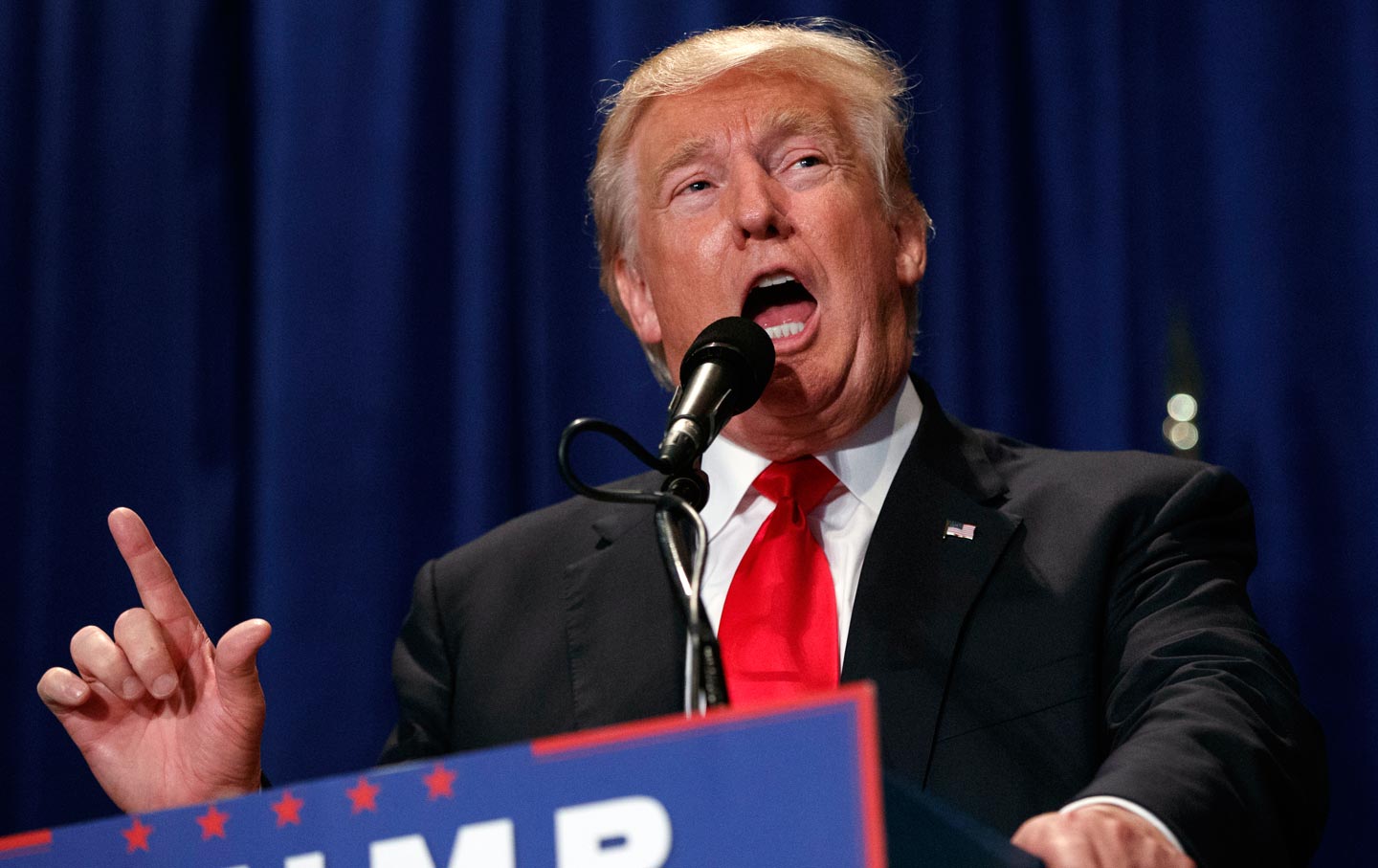 Donald Trump, the billionaire candidate who has argued that “having a low minimum wage is not a bad thing for this country” and complained in a 2015 GOP debate that wages are “too high,” is running for president this fall on the most virulently anti-worker and anti-union platform in the history of his Republican Party.

Trump and the anti-labor partisans who nominated him for the presidency have rejected the legacy of a Grand Old Party that once cheered when Abraham Lincoln declared: “Labor is prior to and independent of capital. Capital is only the fruit of labor, and could never have existed if labor had not first existed. Labor is the superior of capital, and deserves much the higher consideration.”

For more than a century, Republicans made a serious effort to compete with Democrats for the votes of workers. And they did so not just by uttering a few kind words on Labor Day but by supporting and embracing pro-worker and pro-labor policies.

“I think having a low minimum wage is not a bad thing for this country.” —Donald Trump, August 2015

Back in the 1950s, when Republicans such as Dwight Eisenhower actually fought for a robust and fair economy, the party promised to “clarify and strengthen the eight-hour laws for the benefit of workers who are subject to federal wage standards on Federal and Federally-assisted construction, and maintain and continue the vigorous administration of the Federal prevailing minimum wage law for public supply contracts” and to “extend the protection of the Federal minimum wage laws to as many more workers as is possible and practicable.” The 1956 Republican platform pledged “to protect more effectively the rights of labor unions” and announced that “The protection of the right of workers to organize into unions and to bargain collectively is the firm and permanent policy of the Eisenhower Administration.”

This year’s Republican platform is dismissive of the federal minimum wage, declaring (in a stance similar to the one Trump appears to have evolved toward) that decisions about base hourly wages “should be handled at the state and local level.” It endorses the anti-union “right-to-work” laws enacted by Republican governors such as Wisconsin’s Scott Walker, and calls for taking the anti-union crusade national with a proposal “for a national law” along “right-to-work” lines. The 2016 GOP platform also attacks the use of the Fair Labor Standard Act to protect workers; rips the use of Project Labor Agreements to raise wages and improve working conditions; and proposes to gut the 85-year-old Davis-Bacon Act, which guarantees “prevailing wage” pay for workers on federal projects.

At campaign stops in swing states such as Ohio, Trump tries to portray himself as a champion of workers. Yet he sends conflicting and frequently wrongheaded signals on issues ranging from wages (going so far as to claim that he didn’t say wages are “too high”—despite the videos of him griping to a GOP debate audience, “Taxes too high, wages too high, we’re not going to be able to compete against the world”) to trade policy (while the Republican nominee says he would negotiate better deals, he still does not seem to recognize that it is the “race-to-the-bottom” mentality of free-trade advocates that harms workers and communities). Trump’s decision to make fiercely anti-union Indiana Governor Mike Pence his running mate should be read as another signal that the Republican presidential nominee is prepared to steer federal policy making toward the disastrous approaches of dogmatic governors such as Pence and Wisconsin’s Walker.

“Only a handful of unreconstructed reactionaries harbor the ugly thought of breaking unions." —Dwight Eisenhower

Dwight Eisenhower warned, as a Republican president, about politicians “who hold some foolish dream of spinning the clock back to days when unorganized labor was a huddled, almost helpless mass.”

“Only a handful of unreconstructed reactionaries harbor the ugly thought of breaking unions,” Eisenhower argued in the prosperous 1950s. “Only a fool would try to deprive working men and women of the right to join the union of their choice.”

Unfortunately, this year’s Republican Party ticket is composed of a pair of unreconstructed reactionaries—and the Republican Party’s platform is a litany of foolish dreams and ugly thoughts regarding the rights or workers and the trade union movement that defend those rights.