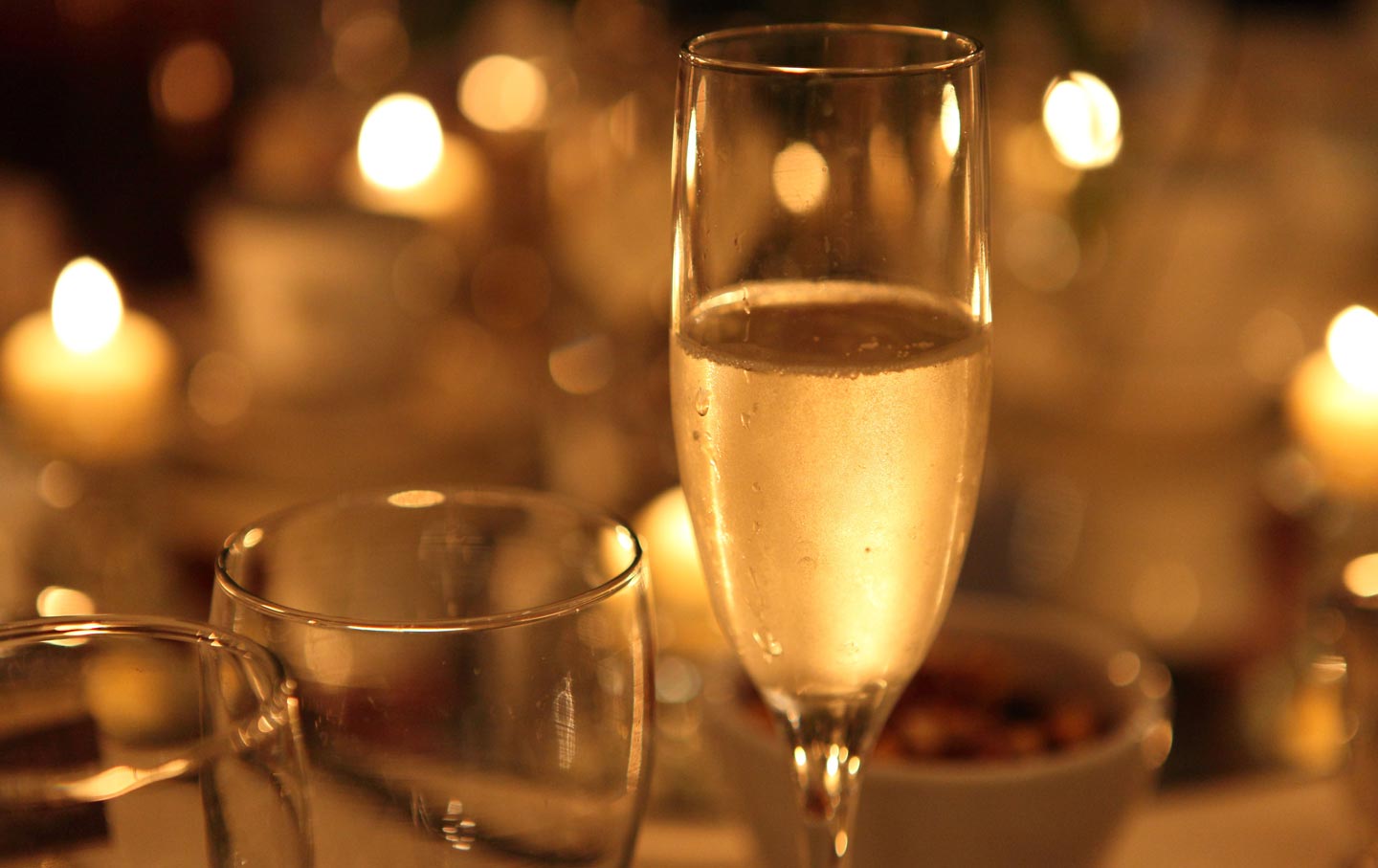 Hedge funder Brett Barna threw a wild “Wolf of Wall Street”-style Hamptons party—awash with Champagne, scores of bikini-clad women and costumed gun-toting midgets—and allegedly trashed a $20 million mansion. The owner, who asked to not be named, told us, “Brett came to me dropping Louis Bacon’s name and saying he was a big deal with the Robin Hood Foundation. He said there would be 50 people at the event and it was for animal rescue. But the only animals there were the people, a thousand of them. They drowned themselves in Champagne, they had midgets they threw in the pool, they broke into the house, trashed the furniture, art was stolen, we found used condoms. So many people were there that the concrete around the pool crumbled and fell into the water. It was like ‘Jersey Shore’ meets a frat party. We are preparing a massive lawsuit.… We’re waiting to serve him. Brett was last seen on Sunday chugging Champagne with two midgets.” Wild social media posts show partygoers dousing themselves in booze and dancing wildly.
—Emily Smith, “Page Six,” New York Post

“CEO pay has grown far faster than the pay of typical workers, college graduates, or even the top 0.1 percent,” said Schieder. “Skyrocketing CEO pay isn’t about the market for talent—it’s about what executives can get away with.”

From 1978 to 2015, inflation-adjusted compensation of top CEOs increased 940.9 percent, a rise 75 percent greater than stock market growth and substantially greater than the painfully slow 10.3 percent growth in a typical worker’s annual compensation over the same period.
—Economic Policy Institute, July 2016

As supply has overtaken demand, prices of luxury properties have fallen. Last month, after more than three years on the market, the crystal-bedecked penthouse at the Baccarat Hotel & Residences on West 53rd Street in Manhattan sold for $42.55 million—29 percent less than the original $60 million asking price. Some sellers are even showing a willingness to take a loss. At One57, on West 57th Street, the Midtown tower credited with starting the boom in skyscrapers aimed at the extremely wealthy, four apartments up for resale are priced at less than the seller paid, including a three-bedroom listed for $27.95 million that sold for $31.67 million in 2014, according to Streeteasy.com.
—New York Times 7/12/16

At Petrossian, the caviar spot in one of the city’s prettiest buildings, chief Richard Farnabe is dishing up what might just be the city’s priciest dessert. The off-menu special is a decadent combination of two-and-a-half ounces of Royal Ossetra caviar, encased in a soufflé, sprinkled with gold leaf, doused in a shot of 200-year-old Hennessy Richard cognac and set ablaze. The dish, called the Secret soufflé, costs an impressive $2,500.
—Luxury Listings

Louise Blouin, the art-magazine publisher dubbed “the Great Gatsby of the art world’ and reportedly one of the wealthiest women in Canada, is renting out her impressive Southhampton spread known as “La Dune.” The home is available for the month of August, right up until Labor Day, for almost $28,000 per day [$1,000,000/MO]. Along with an inexplicable number of white sofas and chairs, the beachfront pad comes with two pools, a sunken tennis court, an elevator and a theater.
—Luxury Listings

What I Saw When I Crashed a Wall Street Secret Society

After cocktail hour, the new inductees—all of whom were required to dress in leotards and gold-sequined skirts, with costume wigs—began their variety-show acts. Among the night’s lowlights: Bill Mulrow, a top executive at the Blackstone Group (who was later appointed chairman of the New York State Housing Finance Agency), and Emil Henry, a hedge fund manager with Tiger Infrastructure Partners and former assistant secretary of the Treasury, performed a bizarre two-man comedy skit. Mulrow was dressed in raggedy, tie-dye clothes to play the part of a liberal radical, and Henry was playing the part of a wealthy baron. They exchanged lines as if staging a debate between the 99 percent and the 1 percent. (“Bill, look at you! You’re pathetic, you liberal! You need a bath!” Henry shouted. “My God, you callow, insensitive Republican! Don’t you know what we need to do? We need to create jobs,” Mulrow shot back.)
—Kevin Roose, New York magazine “Intelligencer” (adapted from Kevin Roose, Young Money, Grand Central Publishing)