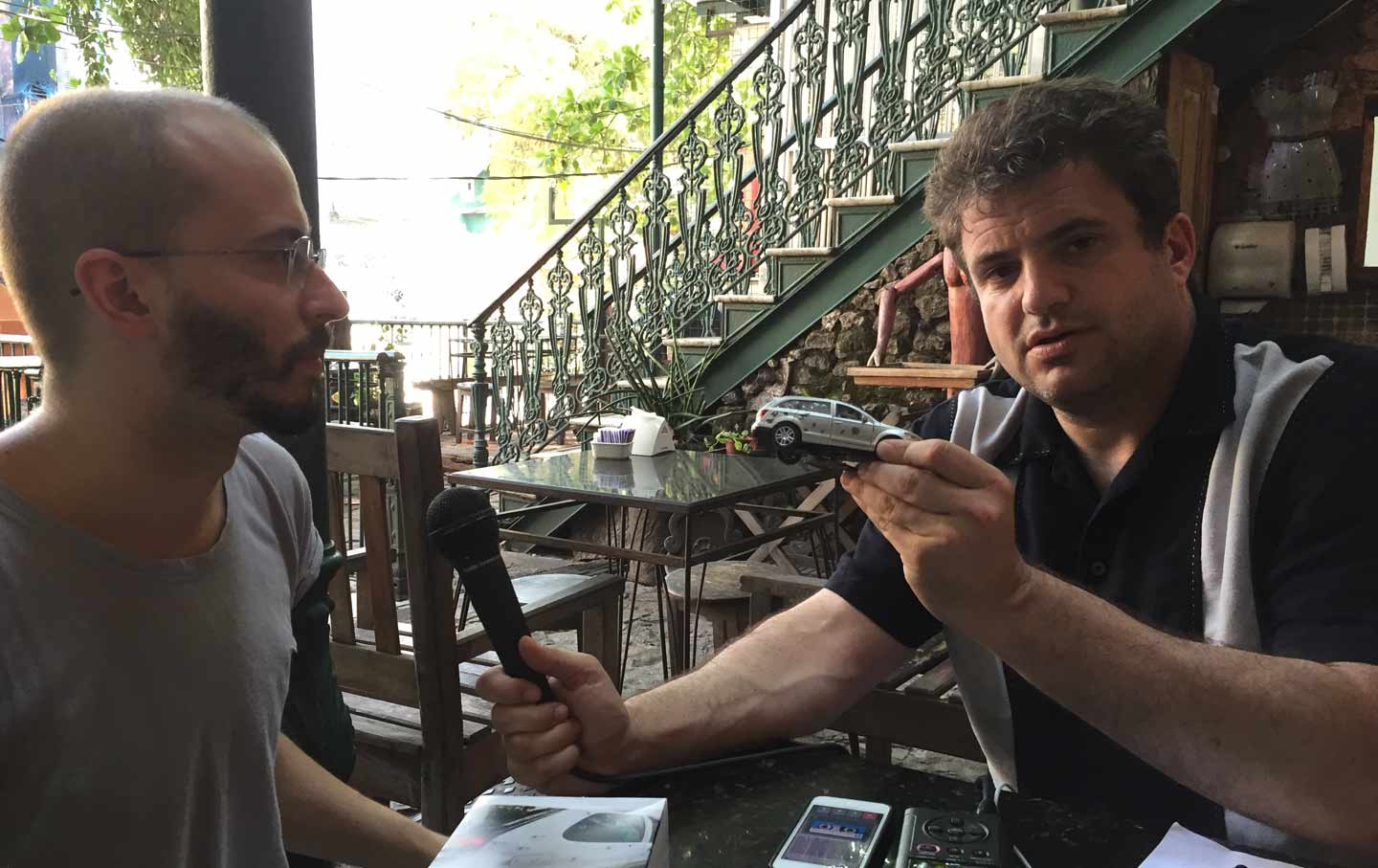 Dave Zirin speaks with Rafael “Rafucko” Puetter in Rio de Janeiro before the start of the 2016 Olympic Games. (Dave Zirin)

Rafael “Rafucko” Puetter is a Rio-based artist and activist who put together an actual “Olympic anti-souvenir shop” to highlight the injustices that arrive with the summer games. His exhibits had a biting wit that could make you laugh and cringe simultaneously. They also drew debate and controversy from activists in what in Brazil is called the Black Movement who felt that he crossed the line between satire and appropriating people’s pain. Here we discuss his art, the controversy, and the coming games.

Dave: How did you come up with the idea to do the Olympic anti-souvenir project?

Rafucko: I realized that the tourists that are coming to Rio won’t take home the real memories of what’s really going on here, behind the Olympic Games. So I wanted to make these souvenirs as a memory of the story that’s not being told.

And what are the stories that are not being told, in your mind?

It’s mostly police violence and forced evictions, mainly state violence against the population in order to make the Games possible.

And what kind of art did you produce to express these kinds of politics and ideas?

This is the caveirão. In Portuguese it’s “big skull.” It’s the armored car from the police that goes inside the favela. And this second mascot is the [crane] that makes the evictions.

I made also a jigsaw puzzle with the image of a car that has been shot 111 times by the military police with five innocent guys inside. This puzzle has 111 pieces, one for each shot.

And that is something that actually happened?

This actually happened, yes, at the end of last year.

And so you reproduced the car?

This is the actual photo of the car with the marks with the shots. So there’s 111 pieces so the person can recreate the scene. I also have this toy car that has also been shot 111 times.

I also made plates with some stamps of the special police in the [armored] uniforms that they use for demonstrations. They’re like Robocop.

And it’s a way to dress to frighten people.

Yes, exactly. And they all wear masks and no ID tag so if the police make some brutality you have nowhere to go to.

These images of the police, they have no badges or ID. Is that illegal?

And yet they do?

Yes, it happens all the time, and in the favelas it happens way more than at the demonstrations…. And this is the last one, this is a postcard with an original piece of a house from Vila Autodromo [a community bulldozed for the Olympics]. This is a brilliant demonstration of protest art, but is it true that the exhibit is shutting down?

Yes. People from the black movement and people who work with families that lost their loved ones to the police, they said it was insensitive in making art out of suffering, and in respect to the victims, I shut it down. Because I was trying to speak about their suffering, but if I make them more suffering, then it doesn’t make sense to me.

I mean, some of them didn’t like, some of them liked it. It’s a bit controversial. Many people liked it, many people said, “You represent me, I’m glad that you have done this.” Some people from Vila Autodromo really liked the postcards and even took them to distribute themselves. But of course there’s no unanimity, so I cannot guarantee all of the people will like, but since some of the people who are directly affected by it, wrote me that I made more suffering to them, then I think it stopped making sense to me [to keep the exhibit up].

What do you think the role is of art in struggle?

Do you think the Olympics have left Rio better off in any way or is it overwhelmingly negative legacy?

I think there is some infrastructure that will be left as legacy, but since there was a lot of corruption involved in the construction of this infrastructure, I’m not sure if this is a good legacy.

Also the human rights that were violated to make this infrastructure, it’s not worth it.