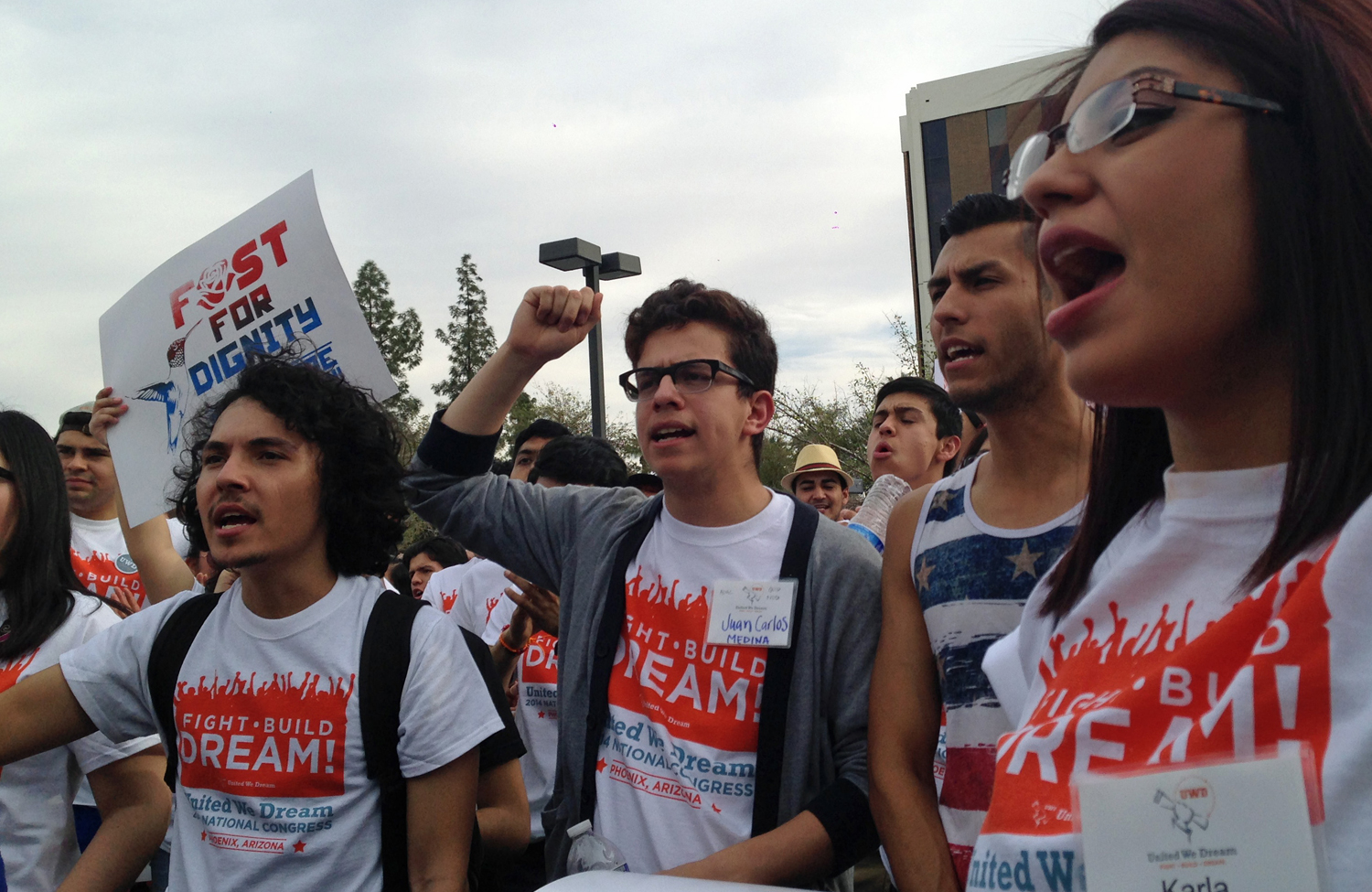 Youth from United We Dream call for an end to deportations. (AP Photo/Valerie Fernandez)

Each day, an estimated 1,100 undocumented immigrants are deported, leaving spouses, siblings and even children behind. The policy has devastating effects on families; between 2010 and 2012, 200,000 parents of US-born children were deported. As a result, at least 5,000 children are in foster care. Although President Obama has claimed to focus deportation efforts on serious criminals, a New York Times study released this April found that two-thirds of the 3.2 million people deported over ten years had committed only minor infractions, such as a traffic violation.

Now, activists are fighting back. Immigrants’ rights advocates have staged a hunger strike outside the White House and have been calling attention to the individual stories of the families who have been separated.

While Congress drags its feet, President Obama could make a real difference in the lives of millions of immigrants and their families. Sign our open letter with Daily Kos calling on the president to listen to immigrants’ rights activists and use executive actions to end mass deportations.

As The Nation’s editors point out, executive action by the president could spur reform by galvanizing electoral support from immigrant communities and by driving a wedge between mainstream Republicans supportive of reform and anti-immigrant hardliners.

Activists from the Not1More Deportation campaign organized by the National Day Laborers Organizing Network explain why they decided to join the White House hunger strike: “Mr. President, we have come to your front door because your agents have come to ours.”