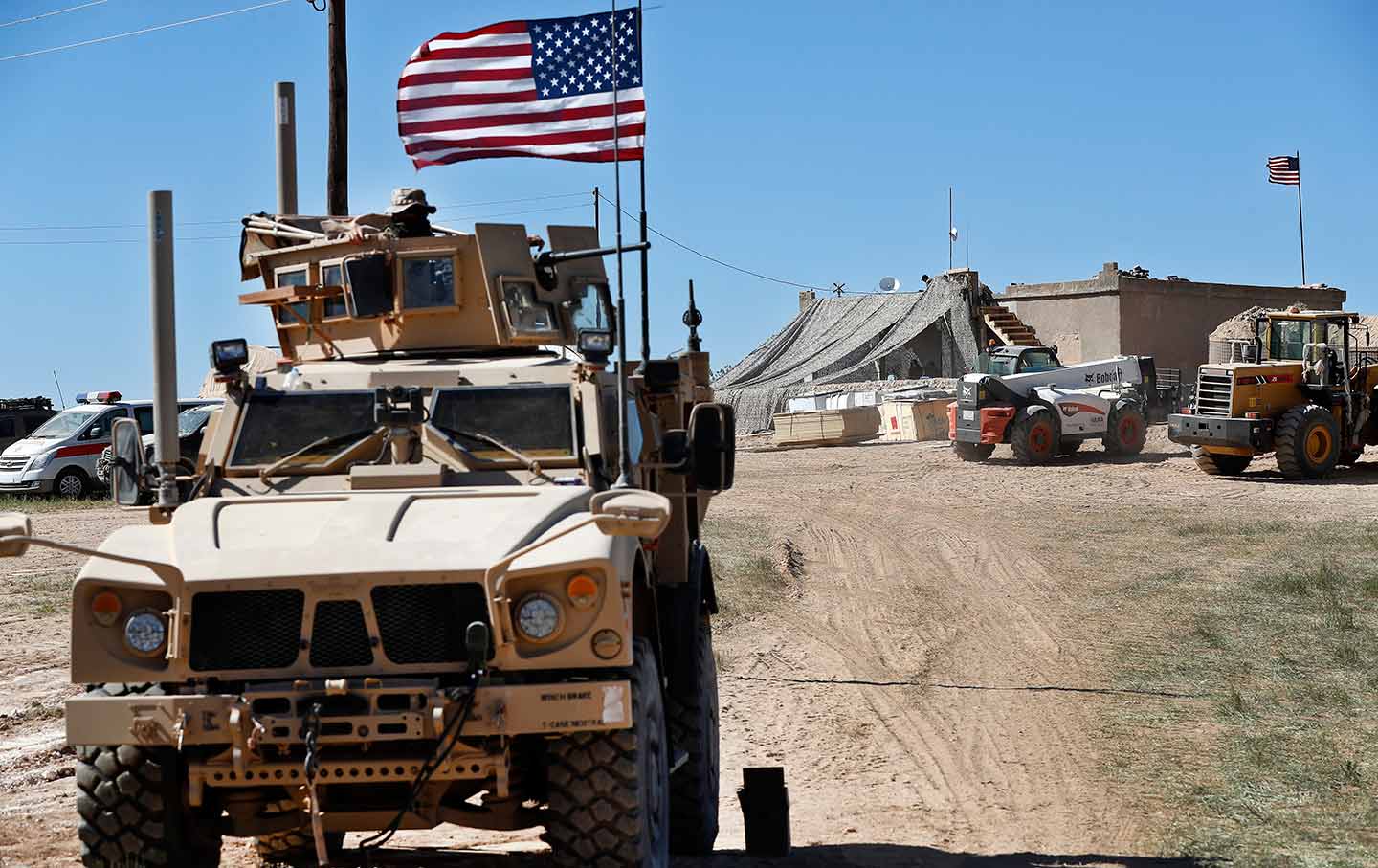 Will President Trump’s Syrian fiasco transform Democrats into the party of war? Former vice president Joe Biden and South Bend, Indiana, Mayor Pete Buttigieg are taking shots at Senator Elizabeth Warren’s continued support for getting US troops out of the Middle East. And ever-martial Hillary Clinton is slandering Representative Tulsi Gabbard, the most forceful opponent to US intervention in the race for the Democratic nomination, as a Russian asset. In other words, Trump’s Middle East follies are having perverse effects at home.

Not surprisingly, Democrats have rushed to condemn the president’s sudden withdrawal of US forces from Syria. Opening the door to a Turkish invasion, abandoning our Kurdish allies, emboldening Syria, Russia, and Iran, and standing aside while casualties and refugees mount—it is hard to imagine a more calamitous spur-of-the-moment decision.

The danger is that the opportunity to trash Trump will revive an interventionist temper among Democrats. After Clinton’s vote for the Iraq War cost her dearly against both Barack Obama and Donald Trump, even establishment Democrats began to realize that the public was tired of endless wars. Before Trump’s Syrian debacle, virtually all Democratic presidential candidates—led by Sen. Bernie Sanders (I-VT), Warren (MA) and Gabbard (HI)—expressed strong opposition to the wars in the Middle East. During the September Houston presidential debate, even Biden said, “We don’t need those troops there. I would bring them home.” Buttigieg, a veteran of the conflict in Afghanistan, said that even if US commanders cautioned against withdrawal, “we have got to put an end to endless war.”