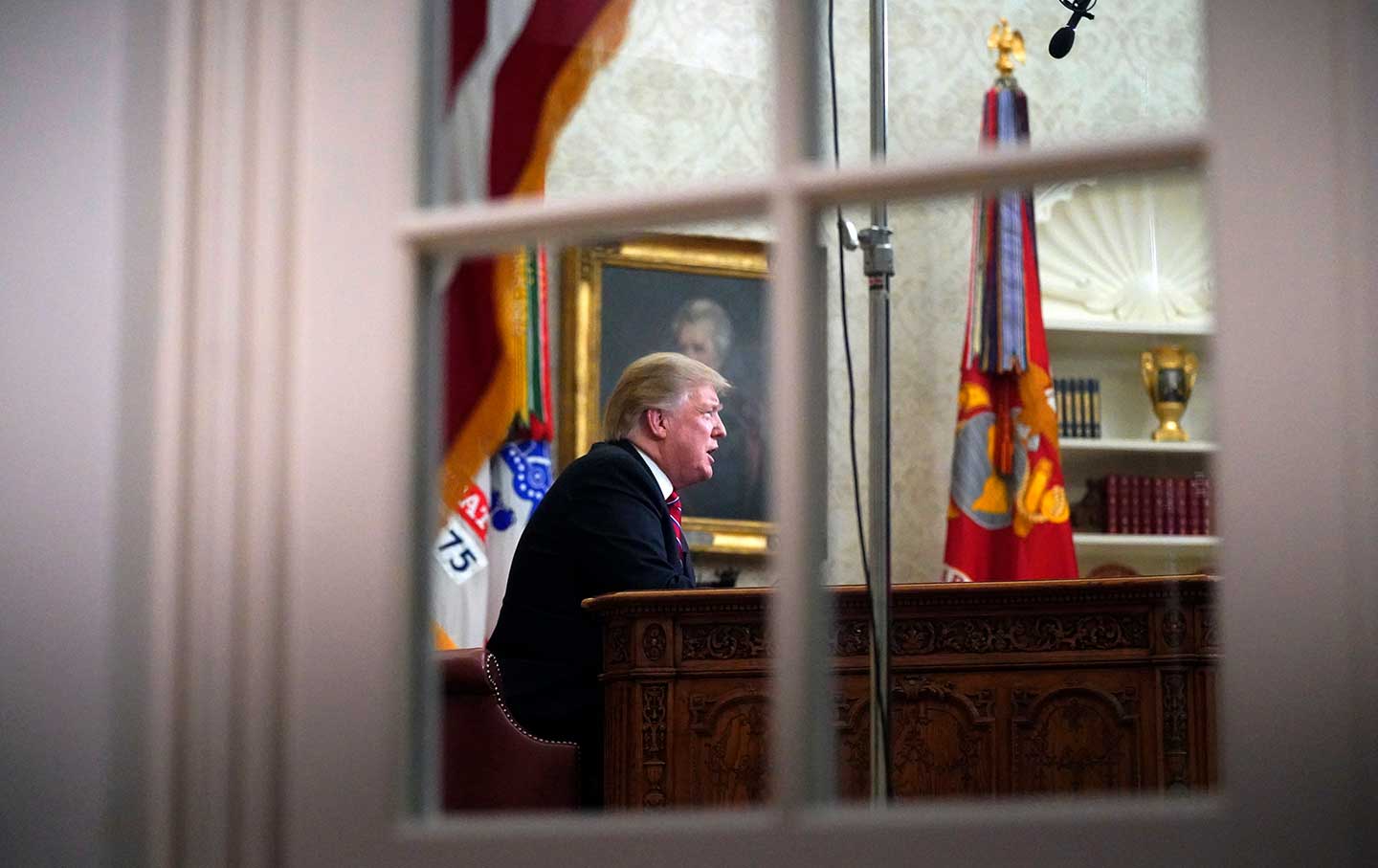 Far from the “complete and total exoneration” claimed by President Trump, special counsel Robert S. Mueller III’s 448-page report paints a scathing portrait of a lawless president. The report finds “substantial evidence” that the president obstructed the investigation and invites Congress to consider how to hold him accountable to the law. The question now is how Congress should respond.

The report details much of what we already knew. The Russians did interfere in the 2016 election. But, contrary to many liberals’ expectations, the investigation did not find that the Trump campaign conspired or coordinated with the Russian government. When investigation into Russian interference began, the president sought to discredit, impede, and obstruct it. In the words of the report, the president launched “public attacks on the investigation, nonpublic efforts to control it, and efforts in both public and private to encourage witnesses not to cooperate with the investigation.” His efforts were limited only by his incompetence and the common sense of aides who refused to follow orders to trample the laws, choosing instead to ignore his “crazy s—-,” as then–White House counsel Donald McGahn phrased it.

The report confirms that Trump is a congenital liar, ignorant or scornful of the laws, who has turned the White House into what columnist Maureen Dowd accurately characterized as a “dystopian outpost of his id.” Far from an exoneration, the Mueller report is being viewed as essentially an impeachment referral. Some of the best and brightest progressive leaders in Congress have called for initiating impeachment hearings. Senator Elizabeth Warren (D-MA) was the first of the presidential contenders to do so. Insurgent progressive freshmen congressional stars such as Representative Rashida Tlaib (D-MI) and Representative Alexandria Ocasio-Cortez (D-NY) are pushing Tlaib’s impeachment resolution. Grassroots groups such as Indivisible and powerful donors such as billionaire Tom Steyer are demanding impeachment hearings.

But House Speaker Nancy Pelosi (D-Calif.) and the Democratic leadership are more cautious. Pelosi argues, correctly in my view, that impeachment should only proceed if the misdeeds are “compelling and overwhelming.” She also notes that Republican support would be essential for any impeachment to succeed.

Yes, Democrats face political risks if they don’t impeach. Failing to impeach Trump might well demoralize the very Democratic activists and base voters needed to turn out in large numbers in 2020. But impeachment on the basis of unsuccessful efforts to obstruct an investigation into a conspiracy that didn’t happen will bitterly polarize an already polarized country. Some suggest that Pelosi and others fear impeachment will create a backlash that will hurt Democrats in the 2020 election. As Republicans pushed toward impeaching Bill Clinton in 1998, they lost seats in the midterms, leading to Newt Gingrich’s resignation as House speaker.

Democrats clearly have a responsibility to accept Mueller’s invitation to investigate, particularly given the disgraceful performance of Attorney General William P. Barr, whose efforts to cover for Trump may win him applause in the White House but surely disrepute in the history books. The Judiciary Committee is right to demand access to the full report and underlying evidence, and to hear testimony directly from Mueller on the conclusions his investigation reached.

Yet given what we know, Democrats would be wiser to move on from what is now called Russiagate. For more than two years, too many liberal voices and too many Democratic politicians have been focused almost monomaniacally on the last election and Russia’s involvement. Pumped up by the media, many Democrats ludicrously inflated Russiagate into an attack on our country akin to 9/11 or Pearl Harbor. This focus often overshadowed the reality of Trump’s misrule: that he has hosted a predator’s ball in Washington, turning government over to entrenched interests who are rigging the rules even more against working people, while Trump hawks racial and nativist fears to distract from the plunder going on.

The question is whether Trump’s various crimes— is failed obstruction efforts, his conspiracy to violate campaign finance laws with the payoffs to Stormy Daniels and Karen McDougal, his grifter’s use of the White House for personal profit—meet the level of high crimes and misdemeanors required by the extreme constitutional remedy of impeachment. Impeachment is, by definition and design, a wrenching process, an indictment for crimes voted on by a majority of the House of Representatives.

Yes, Trump should be accountable to the laws. The House should review the complete Mueller record. But Pelosi’s conclusion about impeachment—that “he’s just not worth it”—makes sense in this context. Given what is already public, Congress should censure Trump for actions that violate the laws and offend the basic duties and dignity of his office. And then Democrats would be wise to move on, focus on how Trump is betraying the very voters who put him in office, and bring his misrule to an end by sweeping him out of office in the 2020 election.