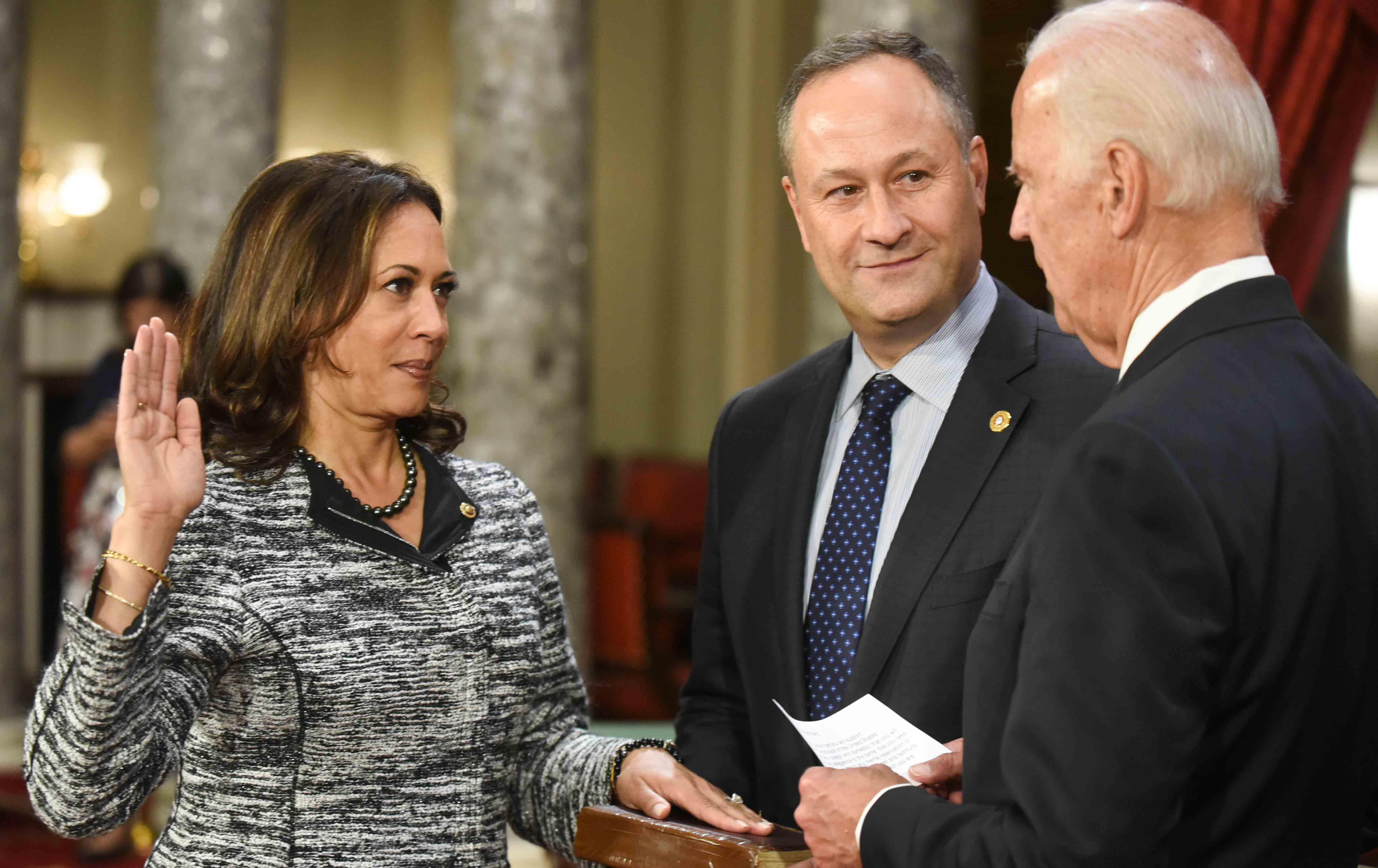 Feminist Democrats expected a big Washington jamboree in January 2017, the party of a lifetime—or lifetimes. Their much anticipated jubilee got canceled when Hillary Clinton lost the presidency to Donald Trump. But EMILY’s List threw a little celebration this week anyway, to remind progressive women that we still had a lot to be happy about: the swearing-in Tuesday morning of four new female senators and eight female members of the House of Representatives, all Democrats, including eight women of color, all of whom were supported from the start by EMILY’s List. It turned out to be the perfect place to take the temperature of progressive Washington in the age of Trump.

Folks are still sad, still mad, but they’re getting fired up. Trump’s horrifying cabinet—one as ideological as any certified right-winger might pick—plus the GOP’s slapstick moves and sudden infighting over the Affordable Care Act have strengthened the spine of Democrats, including the sometimes Slinky-spined Senate Minority Leader Chuck Schumer, who is actually impressing progressives with his early moves. I came away from three days in Washington, DC, reassured that while progressives more than have their hands full, and Trump will likely damage the country, there’s a more organized and focused opposition than I’d known about.

Despite the best efforts of EMILY’s List leaders and staff, party attendees mostly spent their time commiserating, catching up, and doing some not-quite-undercover grieving over the lost possibility of our first female president. EMILY’s List President Stephanie Schriock kept the official program short, reassuring the crowd that the bar would stay open, and that the audience would have plenty of time to visit with one another once short speeches were over (and she kept her promise). She shouted out greetings to EMILY’s List “partners,” including AFSCME, the American Federation of Teachers, MoveOn, Planned Parenthood, Democracy for America, and several others (I know I’m missing a few, but my audio is rough; please blame me, not Schriock). There were people in the room I had seen in virtually every state I’d visited, during the primaries and the general election, campaigning hard for Clinton. They still looked tired, but ready to fight back.

Schriock reminisced about her first big election night as an activist, in college in 1992, when she didn’t have social media to tell her the night’s biggest news (for feminists, anyway): the election not of President Bill Clinton but of four new female Democratic senators in the wake of the Anita Hill hearings. Twenty-four years later, tragically, a different Clinton was defeated, but again, Schriock said, “We just added four great new Democratic women senators, and of those four, three are women of color [Tammy Duckworth, Kamala Harris, and Catherine Cortez Masto]. Eight new women to the House. Yes, we have a lot of work to do but we made a big step today, and we’re going to continue that work.”

Newly elected New Hampshire Senator Maggie Hassan, whose first big endorsement came from EMILY’s List, made brief remarks thanking the group, as did House minority leader Nancy Pelosi. But the spirit was in the crowd. Veteran congresswomen supported by EMILY’s list, like Senators Amy Klobuchar of Minnesota and Tammy Baldwin of Wisconsin (both face reelection in 2018) plus EMILY’s List loyalist Representative Gwen Moore of Milwaukee and the stalwart Maxine Waters of Los Angeles chatted with new colleagues and with supporters. Cards were exchanged. Plans were made. I ran into so many Beltway progressive leaders I’d met in all kinds of far-flung places, from Oshkosh, Wisconsin, to Greensboro, North Carolina, to Las Vegas, Nevada, to Latham, Maryland, to the Bronx, New York. There were a respectable number of men, but Senator Al Franken was the only male senator I spotted. I asked why he’d shown up. “Because Schriock is the boss. I do what she asks,” he deadpanned; the EMILY’s List president helped get the former Air America host and comedian elected to the Senate in 2008, and they are still close.

All around Washington this week people were texting me from meetings to fight one or another of Trump’s awful picks, especially Alabama Senator Jeff Sessions, the nominee for attorney general. I learned Wednesday night that Senate Republican leaders will allow only two days, and four Democratic witnesses, to scrutinize Sessions’s checkered record on civil rights. But folks weren’t defeated: There’s a movement to figure out how to oppose some of these nominees, especially Sessions, on the Senate floor. I’ve never had to learn arcane Senate rules, but if Democrats use the floor to oppose some Trump appointees, I’m going to have to learn. People were also inspired by the success in getting House Republicans to reverse their vote to get rid of the Office of Congressional Ethics. An overwhelming public backlash stopped them in their tracks. There was news for activists in that unexpected win.

But back to EMILY’s List. I’ve seen Schriock in victory, and in loss. I stood with her the night Representative Chris Van Hollen defeated EMILY’s List candidate Representative Donna Edwards for the Maryland Democratic Senate nomination. The celebration this week had a little of both. She threw a party this week for progressive feminists, male and female, because she knew we needed one. But Schriock has already moved on to 2018—talking about how to support not just Democratic senators and House members but governors and state representatives. She’s back to work, and so are all the activists I respect. A couple of days later the group announced it’s co-sponsoring the January 21 Women’s March, and will offer candidate training to 500 women who RSVP by January 22 (several progressive groups, including the Latino Victory Fund, Higher Heights for America, and Emerge America will co-sponsor the training)

It was good to leave my New York media bubble. I came away inspired that our Washington progressive groups are ready to fight, that they have strategies to do so—and also realizing that they’re overwhelmed with the work ahead. So if you’re hand-wringing on the sidelines about how Democrats or progressives aren’t doing enough to fight Trump, a complaint I hear a lot, pick a group or an issue or a cabinet nominee and get off the sidelines. There’s a lot of work to do.