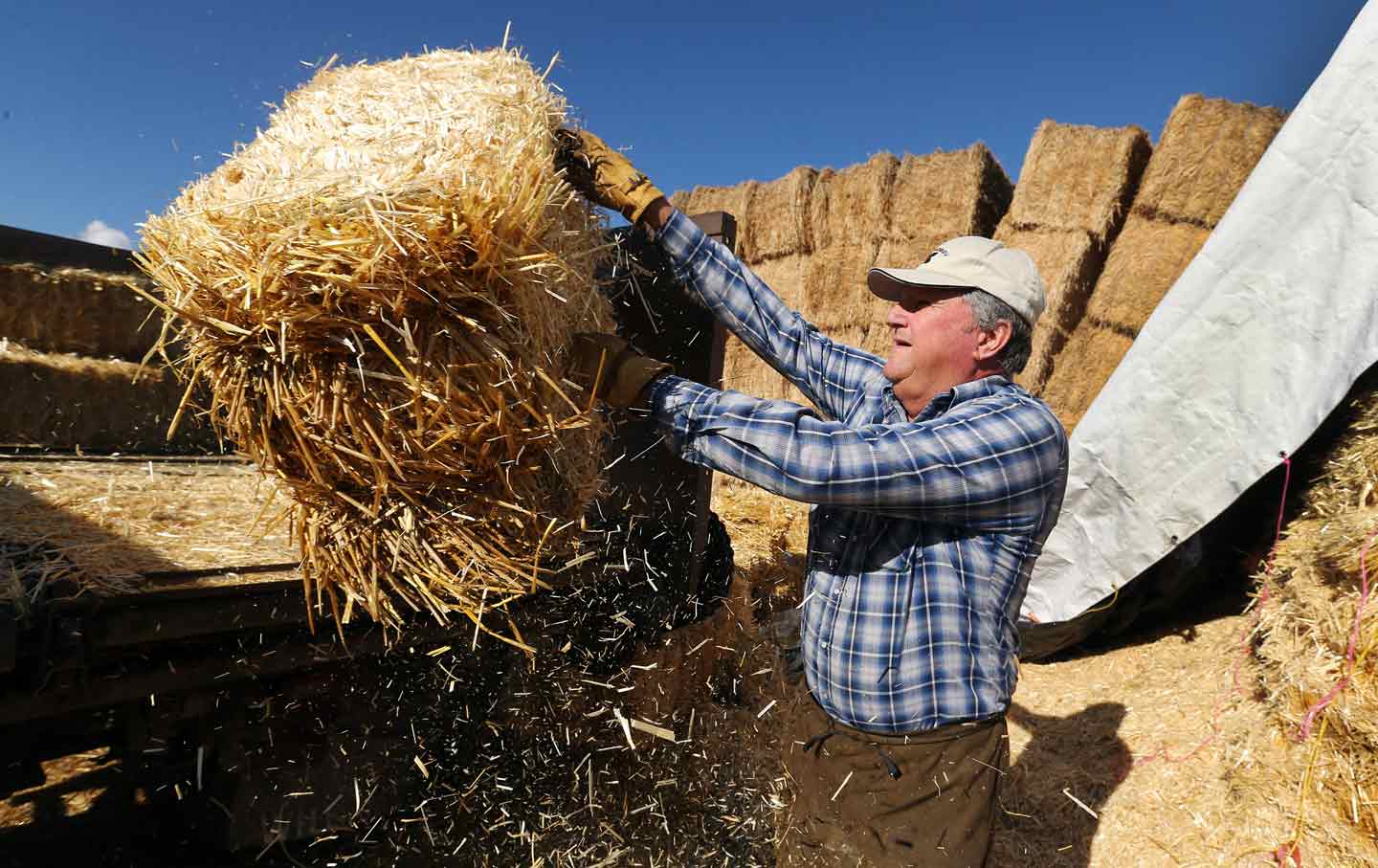 The Democratic Party needs rural votes to secure a decisive victory in the race for the presidency, and to win back the Senate and make real progress in the fight for the House of Representatives. That’s a powerful lesson from recent election cycles. When President Obama won a decisive victory eight years ago, Democrats made major inroads in rural America: Two hundred and thirteen rural counties and 49 exurban counties flipped from the Republican column in 2004 to the Democratic column in 2008. But in 2010 and again in 2014, Republicans swept rural regions. With an assist from gerrymandering, Republicans won dozens of congressional seats and hundreds of state legislative seats in rural areas that were once safely Democratic. As The Washington Post noted just before the 2014 election, “There really are two Americas. An urban one and a rural one.”

In 2016, Democrats need to combine expected strength in urban areas with renewed outreach to rural regions, where a multiracial, multiethnic base of voters could play a pivotal role in races up and down the ballot.

Democrats can compete for rural votes. Hillary Clinton knows how to speak to the specific concerns of farmers and small-town voters: As the senator from New York, she was deeply involved with dairy-policy and rural-development issues (and she won the vast majority of rural counties when she sought reelection in 2006). Clinton’s 2016 campaign has taken some strong stands on rural issues and, in a serious debate about rural issues, every indication is that she could trump Donald Trump.

The signal that this document is sending to rural Americans is an uninspired one.

Trump’s only chance—and, by extension, the Republican Party’s best chance to keep the Senate and House—is if Democrats fail to make a bold bid for rural votes. Unfortunately, the party’s draft platform speaks softly when it should be shouting.

Rural issues, which once commanded vast sections of party platforms, get scant attention this year. Only one small portion of the draft document—titled “Agricultural Communities” and tucked away in the great big “Bring Americans Together and Remove Barriers to Create Ladders of Opportunity” section—speaks specifically to rural America. It’s nice enough, but very short:

We will work to build a stronger rural and agricultural economy. Democrats will spur investment to power the rural economy and increase funding to support the next generation of farmers and ranchers. We will expand local food markets and regional food systems and provide a focused safety net to assist family operations that need support during challenging times. And we will promote clean energy leadership and collaborative stewardship of our natural resources, while expanding opportunities in rural communities across America.

The word count on that section is 80—less than half the word count in the 2008 party’s “Real Leadership for Rural America” commitment, and dramatically less than in earlier platforms. Eighty years ago, FDR’s Democratic platform devoted more than 300 words to specific farm proposals and another 50 to rural electrification; additionally, the document was peppered with references to aiding “those who have been visited by widespread drought and floods,” to addressing the dislocation caused by dust storms, to adopting trade policies that “give adequate protection to our farmers.” Forty years ago, Jimmy Carter’s Democratic platform devoted almost 1,100 words to farm policy and rural development.

The 2016 platform’s “agricultural communities” proposal does not mention specific initiatives (universal broadband, applying anti-trust laws to agribusiness monopolies, Country-of-Origin Labeling for imported products, programs to address historic discrimination against African-American farmers) that matter to rural voters. The draft platform language does not even embrace the impressive work the Obama’s administration’s Department of Agriculture has done. To be sure, other sections of the platform mention issues of deep concern to rural America: education, health care, and maintaining the US Postal Service. But they don’t make the specific connections that speak to the social, economic, and political circumstances of rural America.

In other words: The draft document is insufficient.

This is certainly not the only objection that has been raised regarding the draft. When platform-committee members meet this weekend, the National Nurses United union will encourage them to embrace single-payer “Medicare for All” health-care reform. And labor and environmental groups want an explicit rejection of the Trans-Pacific Partnership deal added before the final document is considered by delegates in Philadelphia.

But Democrats really do need to recognize that they can and must speak in a clearer voice to rural voters.

Vapid national media outlets presume that Democratic doldrums in rural areas can be traced to social issues. Yet, a few years back, when South Dakota voted on a proposal to ban all abortions except for those performed because of rape, incest, or concern for the health of the woman, the measure lost 55-45.

In Wisconsin, Tammy Baldwin ran for the US Senate in 2012 as the nation’s most prominent lesbian elected official, and as an outspoken supporter of abortion rights. She carried the majority of the state’s counties—sweeping rural western Wisconsin and winning more than a half-dozen counties across the far north. Baldwin did this in part because she was running in a high-turnout presidential election year and in part because she traveled to rural counties (a lot) and talked about rural issues (a lot).

While social issues can still be a factor in some races, they do not provide a sufficient explanation for why Democrats struggle to get traction in rural areas.

The real problem is the neglect by too many Democratic candidates—and by the party leadership—of the distinct economic, public service, and infrastructure concerns of rural Americans. At a time when austerity-minded Republicans are constantly proposing cuts, Democrats have a genuine opening to make appeals based on these concerns. But they do not always get around to making those appeals.

As a result, Democrats are not sufficiently identified in the minds of rural voters as a party that is focused on their needs. This disconnect has influenced election results in recent years. And it could influence them again in 2016.

Democrats need to be more aggressive in their advocacy for rural regions.

Sustaining family farms is part of the equation. So, too, is the defense of rural schools, which are threatened by the funding cuts and privatization schemes proposed by conservative Republicans.

Specific connections should also be made between arguments for the defense of the US Postal Service—which are well outlined in this platform—and the defense of rural communities that rely on post offices.

Rural post offices are more than just places where people pick up mail. They serve as informal community centers. They give small towns definition. They keep rural businesses connected to markets. The more that Democrats do to identify their party and its candidates as absolute and unequivocal defenders of rural post offices, the more the party will benefit. That’s simple, practical politics.

Democratic presidential candidate Bernie Sanders knows this. It’s one of the reasons he ran so well in rural states, and in rural regions of states such as Wisconsin, Michigan, Kentucky, and New York. Sanders says that “it makes no sense to downsize the Postal Service by tens of thousands of workers, slow mail delivery service, and devastate rural communities by closing their post offices.”

Democrats should make that message part of the party’s 2016 appeal to rural voters. But that’s just a starting point.

Democrats should do much more to address rural issues, in their platform and in their politics. In choosing a running mate, Clinton should consider contenders with track records of working on rural issues, such as Ohio Senator Sherrod Brown, Montana Senator Jon Tester, New Mexico Congressman Ben Ray Luján, or Maine Congresswoman Chellie Pingree. (Both Tester and Pingree come from farming backgrounds.) And Clinton and her running mate should lead the party in reaching out to rural voters whom Democrats neglect at their political peril.