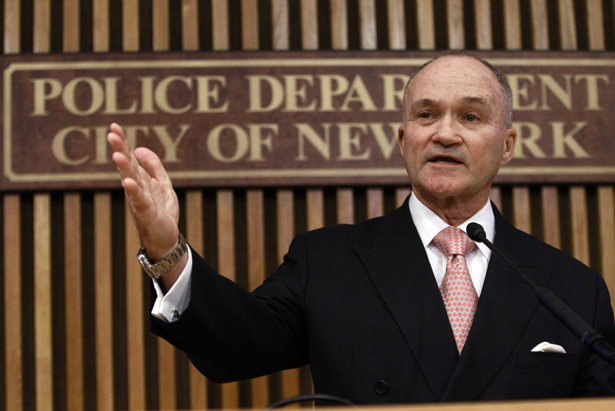 This column was originally published by The Brown Daily Herald.

A few weeks ago, Zach Ingber ’15 wrote a column lamenting the prevalence of “intolerance for certain political perspectives” (“Free speech at Brown?” Oct. 20). Ironically, much of the student body received his plea for free inquiry with the exact type of intolerance that he described. And just last week, New York Police Commissioner Ray Kelly was shouted down by protesters as he attempted to give a lecture presumably regarding his support for the controversial stop-and-frisk policy.

It’s a common but apt refrain: “We don’t have free speech so that we can talk about the weather.” While this isn’t a discussion about the right to free speech per se, it’s still instructive to look at why this right plays a central role in a functioning society.

Historically, the disregard and suppression of ideas has been used to perpetrate atrocities on a grand scale. Rights are designed to protect individuals from force and coercion. Successful societies protect and promote free inquiry and discourse because they recognize the unreliability of the mob. I don’t think I need to list the innumerable cases of suppression of speech in which those resorting to force believed morality to be on their side. And it’s circular to assert that this time the action actually is justified since the assumed justification is under contention.

It’s logically unconvincing to say that stop-and-frisk is immoral, and we therefore shouldn’t talk about it, because plenty of people disagree with the initial premise that stop-and-frisk is inherently immoral. As a university, we need not actively support and represent each and every voice, but we should not disregard them, and we certainly should not suppress them.

Free inquiry is about being humble—it’s about recognizing personal intellectual imperfection while striving for unattainable perfection. To me, this unwillingness to consider, or even allow, opposing perspectives demonstrates a real dearth of the humility necessary for free inquiry. We arrogantly idolize ourselves as models of perfection and disrespectfully belittle our peers—offhandedly dismissing the views of equally rational, intelligent and well-informed individuals—because they disagree with our conclusions.

And this pretension extends beyond arguments, affecting dissenters at an individual level. Often—and I’ve experienced this personally—such convictions of infallibility are used to justify comments regarding the “bad character” of defenders of these views. Beyond relying upon the aforementioned circularity, this point is particularly annoying to me as someone who holds free inquiry at a premium. It’s a tragic state of closed-mindedness when all attempts to provide reasoning that could exonerate one’s character will only ever be interpreted as further evidence of culpability. It’s analogous to calling someone argumentative, and then taking their disagreement as further evidence of that point. This isn’t substantive “evidence,” because there would be disagreement irrespective of the truth of the initial claim.

By walking away from the debate and insisting upon the soundness of our conclusions, we afford ourselves an intellectually privileged position of self-ascribed infallibility. It’s darkly ironic to me that this is the ubiquitous fallback position taken up by the same individuals who fallaciously cite “privilege” as grounds to dismiss the arguments of others.

Ideas should be evaluated on the basis of their content, not their origin. The validity of an argument exists independently of those who espouse it. This specious logical connection between arguer and argument through privilege is a disturbingly pervasive instance of an ad hominem fallacy. At best, the “evidence” to which individuals of privilege might not have equivalent access is purely anecdotal in nature and does not establish a legitimate basis for policy.

Many condemned President Christina Paxson’s response—as well as the responses of students who agreed with her—through an irrational appeal to this unrestricted umbrella of privilege. For those in our community who were offended by Paxson’s response, perhaps the identical advice former President Ruth Simmons offered to incoming students in her 2001 convocation address will be more convincing.

“When I was your age, I was like many of such an age—confident of my opinions…One day in the middle of a classroom discussion about apartheid…a lone young white South African woman spoke up in class and defended her way of life…. I have never forgotten these simple words spoken in opposition to my own…. And I have regretted for thirty years that I did not engage this woman’s assertions instead of dismissing her as racist…. Those moments will come to you in this place. You can look away…or you can engage them and not look back thirty years later wishing that you had the opportunity to do it.”

Learning at Brown is a process in which disagreement plays an integral part. As Simmons concluded, “Welcome to this quarrelsome enterprise that we call a university. Enjoy.”