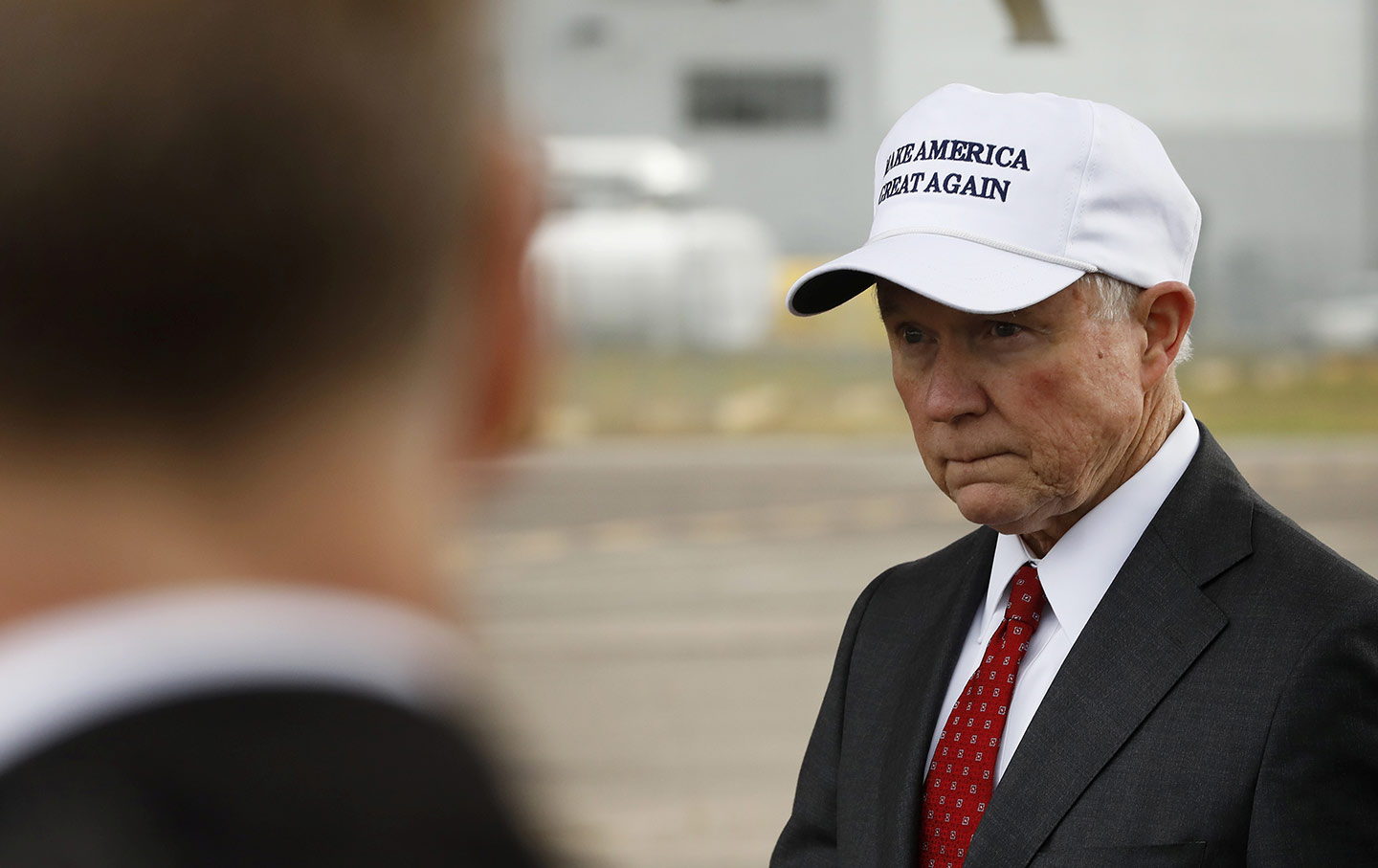 In light of the challenges facing our nation at the onset of a new presidential administration, all people of conscience must stand up for our deepest moral values of love, justice, and mercy. We must also defend ourselves and our neighbors against attacks on our constitutional principles of equal protection under law. Because of our love of neighbor and country, we join together in moral resistance to Donald J. Trump’s nomination of Senator Jeff Sessions as attorney general of the United States. Not only in the distant past but also in the present day, Senator Sessions’s record reveals his consistent support for ideological extremism, racist and classist policies, and the writing of discrimination into law.

The prophet Jeremiah’s question is fitting when considering this nominee: “Can a leopard change his spots?” (Jeremiah 13:23) Let us consider the record:

Senator Sessions has attacked voting rights. He opposed the restoration and updating of section 4 of the Voting Rights Act after the Shelby County v. Holder Supreme Court decision. He sat idly by as the US Supreme Court and unscrupulous politicians undermined voting rights. As a US Attorney in Alabama, he unjustly prosecuted voting-rights advocates who had worked closely with Martin Luther King Jr. This baseless, politically motivated case ended in unanimous acquittals of these defenders of civil rights. In 1986, the US Senate rejected Sessions’s nomination for a federal judgeship because of his history of racist remarks and actions.

Senator Sessions has alienated and persecuted our immigrant neighbors and their families. He has been one of Congress’s most stalwart opponents of common-sense, compassionate reform of our unjust immigration laws. He opposed the bipartisan immigration reform that passed the Senate in 2013 and the DREAM Act, which sought to provide legal status to undocumented people who came to the United States as young children.

Senator Sessions has promoted xenophobia and religious bigotry. He endorsed Donald Trump’s campaign pledge to ban Muslims from entering the United States and defended religious tests in immigration policy that could be used to exclude all Muslims.

Senator Sessions voted against crucial protections for the LGBTQ community. He opposes the Matthew Shepard and James Byrd Jr. Hate Crime Prevention Act, which expands protections for victims of crimes motivated by perceived gender, sexual orientation, gender identity or disability. He also voted against the Employment Nondiscrimination Act, which would have protected workers from dismissal because of their sexual orientation or gender identity.

Senator Sessions has voted against the equality and protection of women. He fought against the Lilly Ledbetter Fair Pay Act of 2009, which amended the Civil Rights Act of 1964 to protect the rights of women to effectively challenge unequal pay based on gender discrimination.   He also voted against the 2013 reauthorization of the Violence Against Women Act.

We believe that all people are created in God’s image and have potential to do good. But a consistent record of doing and supporting evil cannot be ignored. Matthew’s admonition against the Pharisees seems to speak to the record of Senator Sessions: “You have neglected the more important matters of the law—justice, mercy, and faithfulness” (Matthew 23:23).

The Quran also instructs, “O you who have believed, be persistently standing firm for Allah, witnesses in justice, and do not let the hatred of a people prevent you from being just” (Sura 5). And yet Senator Sessions has rooted his career in unfairness to minorities, the poor, and immigrants.

The positions and policies Senator Sessions has supported do not uplift our shared values of love, justice and mercy, despite his trappings of respectability and declarations of faith. He has neither repented of his wrongdoing nor committed to change. So we reject his nomination and the nomination of any candidate for attorney general who poses a threat to equal justice and the freedoms we hold dear. When those who wield the power of the state deprive the people of these freedoms, citizens in general and the US Department of Justice in particular must resist their injustice and hold them accountable. Senator Sessions is clearly unfit for this role.

The Scriptures tell us that God makes the rain to fall on the just and the unjust alike. Who are we, then, to decide which group or class of people deserves the greater part of justice? The heir of America’s faith-rooted freedom struggle must defend the sacred principle of equal protection under the law.

As people of faith, we are called to do justice, love mercy, and walk humbly. The One who will judge the nations exhorts us to welcome the stranger among us. The voice of God calls us to love our neighbors as ourselves. We affirm the freedoms and dignity of all people who call our nation home.

We pledge today to resist by all nonviolent means those who threaten our neighbors and undermine our moral and constitutional principles of liberty and justice for all. We will show up. We will sit in. We will cry out. We will not stand down.