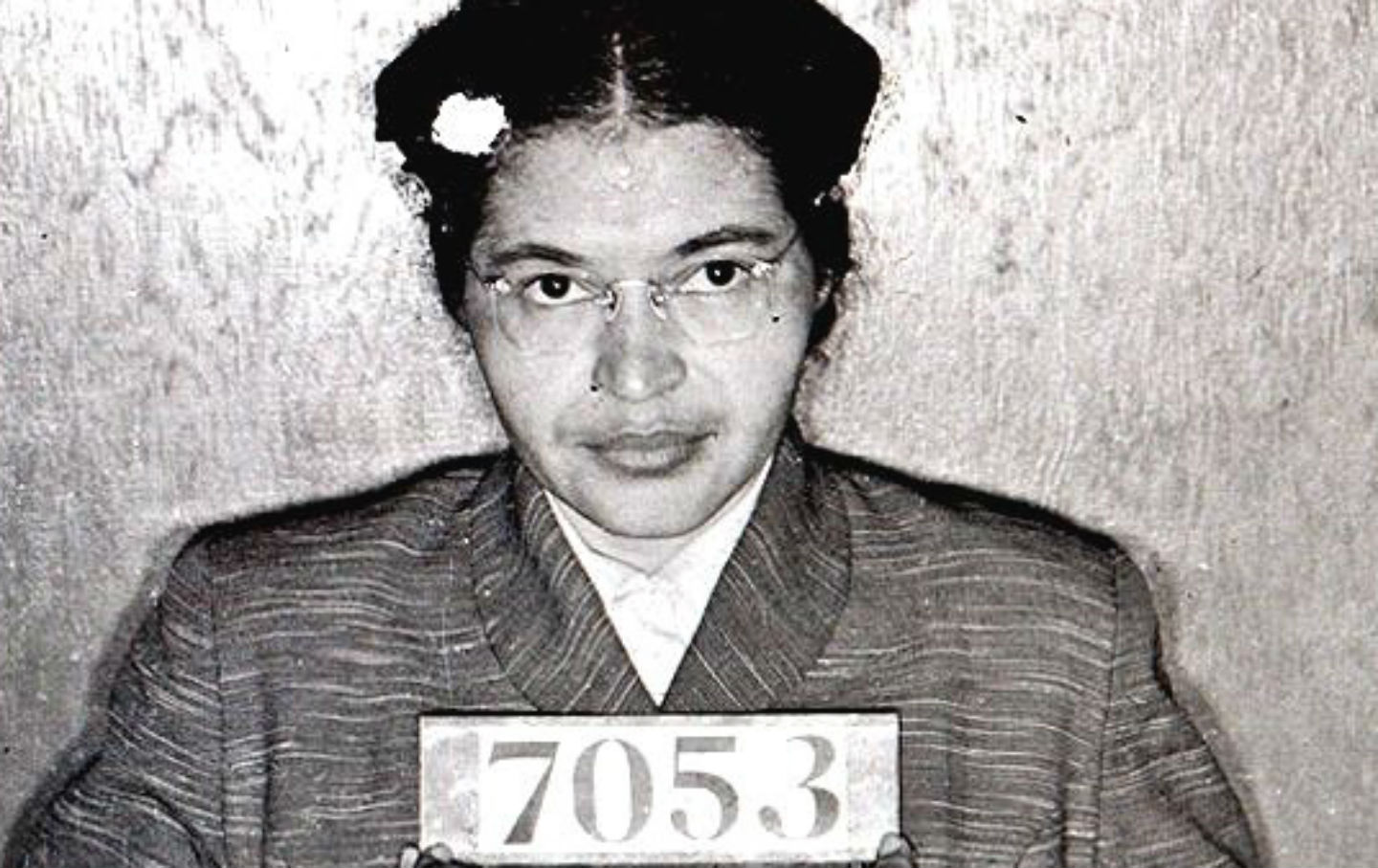 Rosa Parks was far from the first black person to put themselves at risk by refusing to give up a seat on a bus to a white person. But when she refused, on this day 60 years ago, to move to the back of a Montgomery, Alabama, city bus, the leaders of the civil-rights movement knew they had a photogenic, conventionally respectable face for a campaign to end discrimination on the buses once and for all. Following the incident, as the Montgomery bus boycott was well underway, The Nation commented on the exciting developments in Alabama, in a December 24, 1955, editorial titled “The Two-Way Squeeze,” which showed that the idea of using economic pressure for political purposes was a tactic the civil-rights movement borrowed from, of all sources, the white supremacists.

The “economic pressure” that is the stock in trade of the White Citizens Councils can be a two-way squeeze—especially in those sectors of the South where Negroes, by their labor and by their spending, provide so much of the economy’s life-blood. However menial their jobs, however small their individual purchasing power, if all the Negroes of a Deep South town or county were to stay home for even one day, that area would be paralyzed. In Montgomery, Alabama, recently an impressive demonstration of this latent strength occurred when the Negro community—some 40,000 strong—declared a boycott against the city bus lines. The incident provoking the ban was the arrest of a seamstress who refused to give up her seat at the order of a driver.…

On the first day of the boycott, December 5, motorcycle police escorted buses on their routes and patrolmen were stationed at major stops. But the buses rolled along, as empty as husks, while long lines of Negro workers trudged with quiet purposefulness to their jobs. Parents formed car pools to get their children to school. The Negro taxicab companies offered a special rate of a dime a person to any place in the city. Bus-line officials admitted that the boycott was 95 per cent effective. That same day, the arrested woman was convicted and fined $14. Her attorneys announced their intention to appeal the verdict with a clear view toward getting a federal ruling on the constitutionality of segregation in interstate transportation. That night 5,000 Negroes overflowed the auditorium and lawn of a church and voted to continue the boycott until the bus line agreed to halt the “intimidation, embarrassment and coercion” of Negro patrons. This dramatic display of unity may well inspire the Negro residents of other Southern cities to similar action. But whether it does or not, most observers agree that it has severely discouraged the White Citizens Council’s recruiting drive in Montgomery.