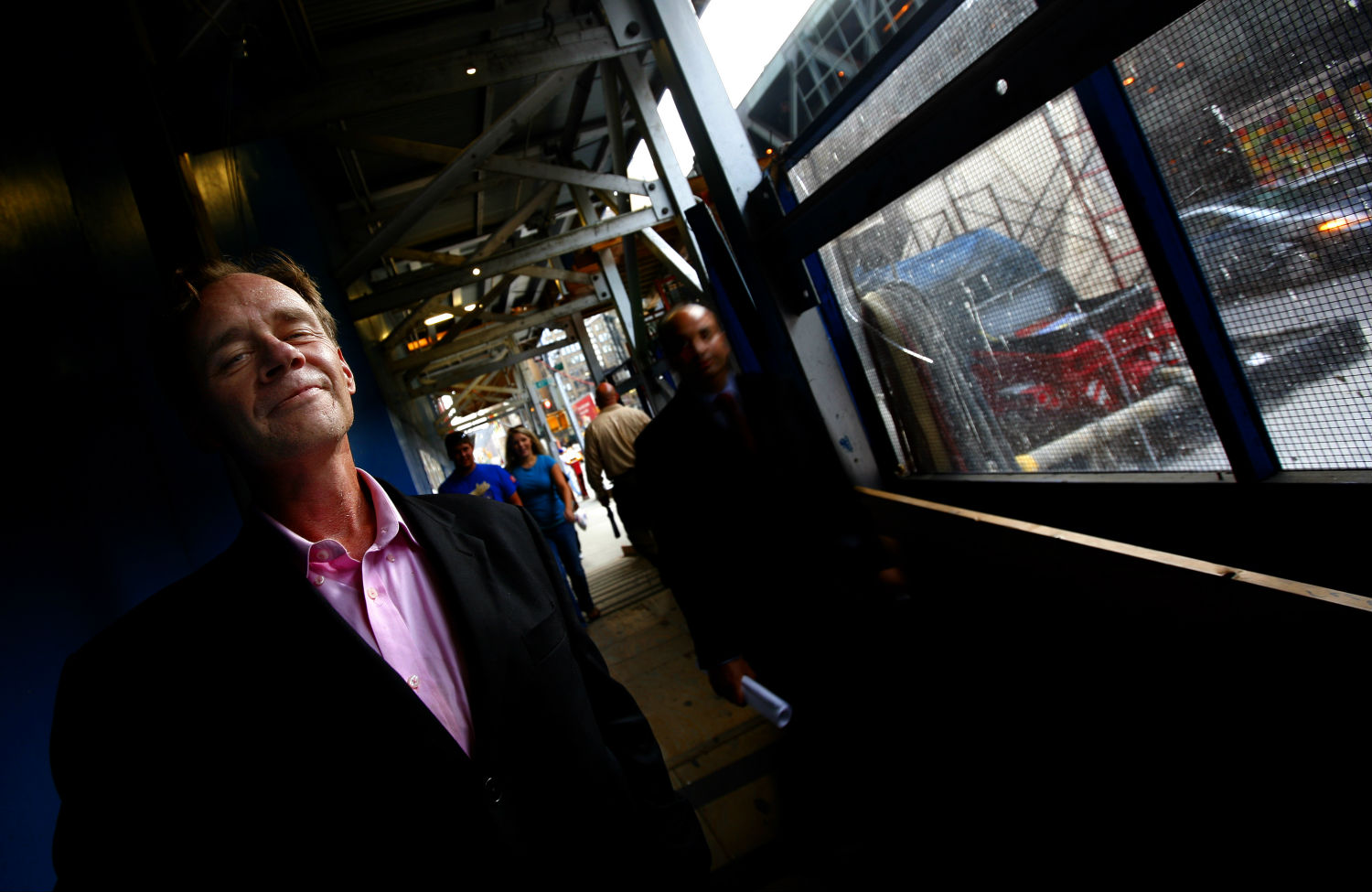 We could not afford to lose David Carr.

And yet, we have.

After a particularly unsettling week for the jumble of journalism, entertainment, folly and possibility that we have come to call “media,” we are suddenly without the one ink-stained—or is it now “digit-damaged”—wretch who was better than any of the rest of us at making sense of it all.

The New York Times columnist on all things media, who died Thursday night at the absurdly young age of 58, waded into the greatest debates of our time with a warmth, humor and humility that belied his amazing ability to get to the heart of the matter—as he did in his final interview, just hours before his death, with Glenn Greenwald, Laura Poitras and Edward Snowden.

What made Carr the necessary guide through an ever-expanding maze of conflicts and contradictions was not that he always knew the way. In an age of stupid certainty, and the cruel choices that extend from it, he reminded us to cling to our humanity as we explored the unknown together.

Jaron Lanier, the great examiner of our still-forming digital age, titled his book about these times: You Are Not a Gadget. David Carr, who sought to examine the whole of our media moment, understood the premise that we needed to master our new technologies—as opposed to being mastered by them. But he extended the notion to suggest a second premise: You Are Not a Troll.

Carr was as sharp-witted as they came. And he had an eye that recognized every fumble by media moguls, elite anchormen, neo-Luddites and digital utopians. Yet, instead of calling them out for the sake of calling them out, he sought to understand and, ultimately, to explain the economic and technological and human demands that have thrown journalism and media into a new paradigm that is not evolving but, rather, coming at us at speeds now measured in gigabits.

As one who had stumbled himself, and chronicled his fall and rise in a harrowing book on his own drug addiction, he was not so interested in passing judgment. He was interested in figuring it all out. But, even more than that, he was interested in reminding us that we are human beings and citizens—not gadgets and consumers—who must figure at least a few things out before we become so atomized and antagonistic that we will all stop making sense.

When we discussed these issues, Carr and I could come down on different sides. He was more optimistic than I about the prospect that media corporations and plucky entrepreneurs will sort out the matter of how to pay for a journalism that is not just entertaining but that is sufficient to the demands of democracy. And he was more patient with our unsettled moment. Robert McChesney and I appeared with him a few years back (along with Pamela Newkirk and Laura Flanders at a lovely Nation event at the New York Society for Ethical Culture) to discuss the decline of speak-truth-to-power reporting. Carr was well aware of our sense of urgency—and of our advocacy for alternatives to broken corporate-ownership models. He acknowledged the prospect of a “dead-bang ugly” future for journalism. But he argued, “You don’t flip the switch on the future and walk into a bright future. You guys in your book say we can’t afford a ten- or twenty-year lapse in accountability journalism. Well there is going to be a sort, I think, a period of time when there’s going to be some frictional changes.”

Carr was not comfortable with the decline of watchdog journalism and the rise of relentless spin. He was searching, as hard as anyone in these times, for the wise and decent and honorable alternatives to that “dead-bang ugly” future. But he knew that someone had to chart those frictional changes, and that in trying to make sense of them we might yet renew a journalism that is more inclined to comfort the afflicted than to perform stenography for the comfortable.

It was a radical humanity that allowed Carr to keep untying the Gordian knot of a new-media age. This was so very evident this week, as he urged us to look beyond the personalities and the politics of the Brian Williams interlude to recognize the structural realities that have made anchormen into pop stars.

“We want our anchors to be both good at reading the news and also pretending to be in the middle of it,” he wrote. “That’s why, when the forces of man or Mother Nature whip up chaos, both broadcast and cable news outlets are compelled to ship the whole heaving apparatus to far-flung parts of the globe, with an anchor as the flag bearer. We want our anchors to be everywhere, to be impossibly famous, globe-trotting, hilarious, down-to-earth, and above all, trustworthy. It’s a job description that no one can match.”

Much of what he wrote there could apply to the task of sorting out the media equation. Yet, steadily, thoughtfully, amazingly, wonderfully, David Carr matched the job description.