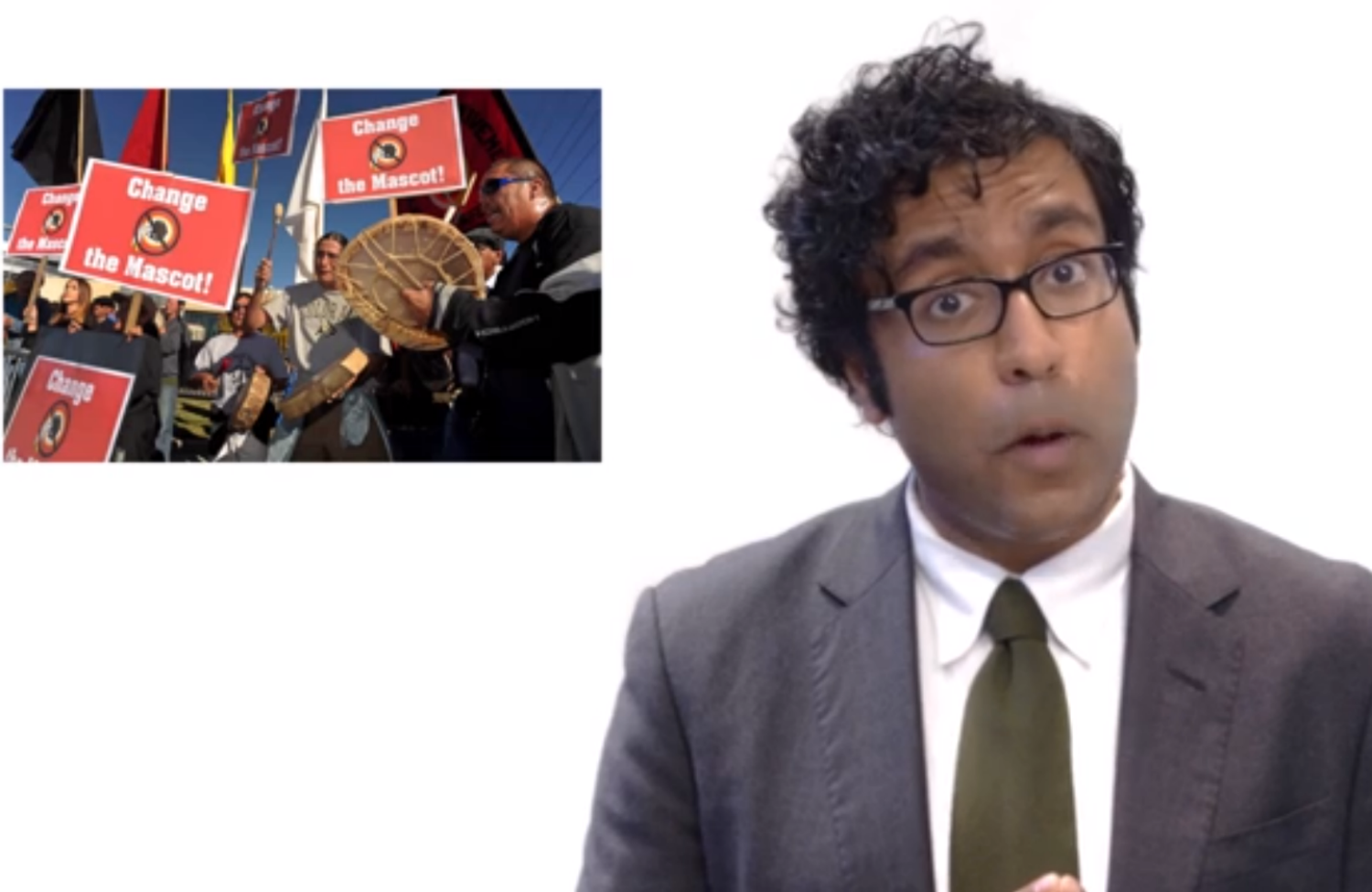 Hari Kondabolu is one of the most rib-tickling comics working today. He also unabashedly draws much of his humor from political targets, and there are few targets juicier than the Washington football team. On Thursday, Kondabolu dropped a video about the team with the painfully anachronistic and utterly racist name and his unique solution for how team owner Dan Snyder can keep the name. The five minute clip really needs to be seen to be believed, so check it out.

I was able to catch up with Hari and ask him why he took this on.

He said, “I wanted to create a sketch that could attack the controversy from a new comedic angle while involving other people in the fun through social media. Since logic and human decency have not led to a name change, perhaps it’s best we attempt to destroy their brand through public mockery.”

If mockery alone could do it, this video would be the #changethename equivalent Gettysburg. Watch and enjoy!