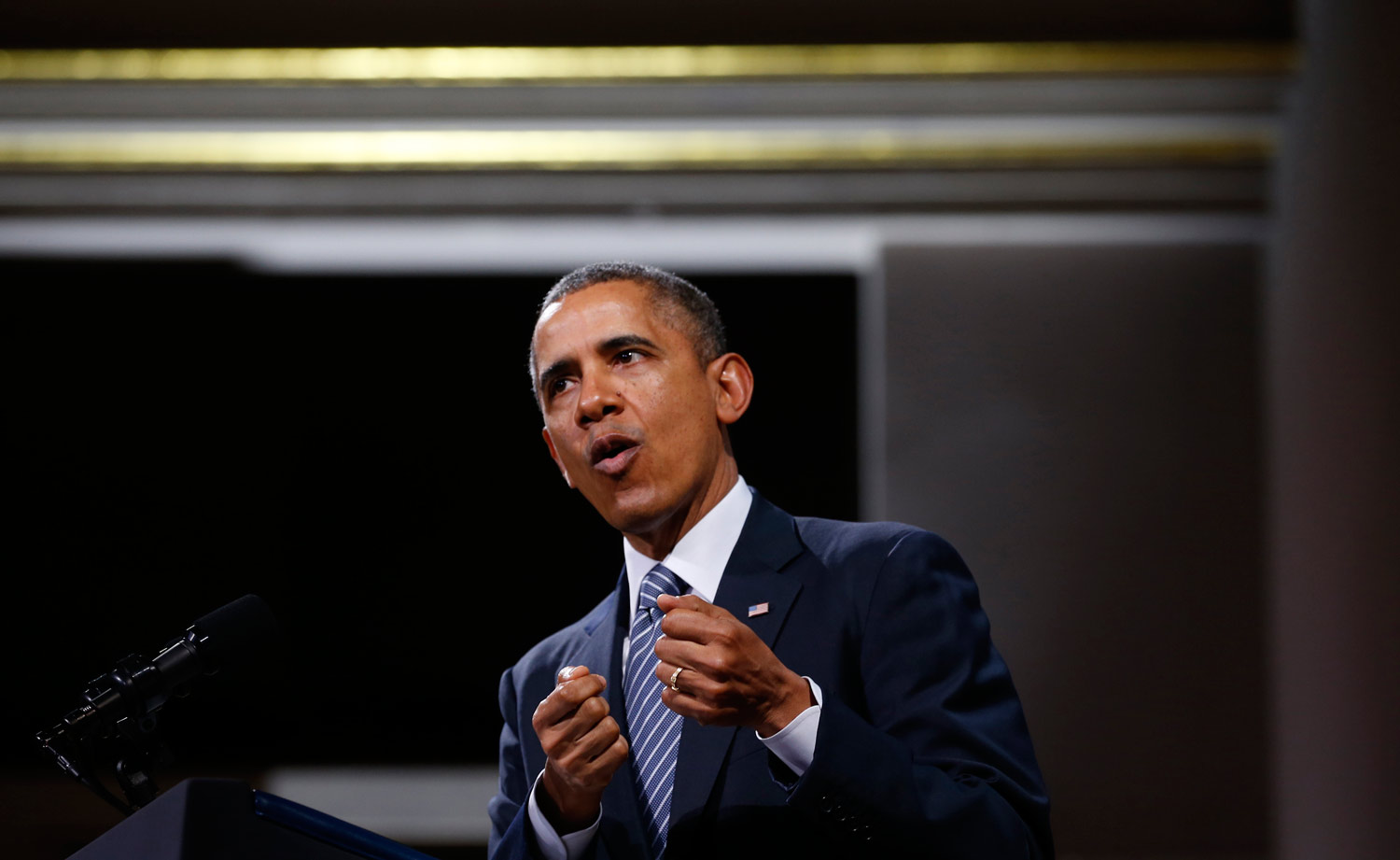 Future historians will note that in April 2014, nearly a quarter-century after the end of the Soviet Union, the White House declared a new Cold War on Russia—and that, in a grave failure of representative democracy, there was scarcely a public word of debate, much less opposition, from the American political or media establishment.

The Obama administration announced its Cold War indirectly, in a front-page New York Times story by Peter Baker on April 20. According to the report, President Obama has resolved, because of the Ukraine crisis, that he can “never have a constructive relationship” with Russian President Vladimir Putin and will instead “ignore the master of the Kremlin” and focus on “isolating…Russia by cutting off its economic and political ties to the outside world…effectively making it a pariah state.” In short, Baker reports, the White House has adopted “an updated version of the Cold War strategy of containment.” He might have added, a very extreme version. The report has been neither denied nor qualified by the White House.

No modern precedent exists for the shameful complicity of the American political-media elite at this fateful turning point. Considerable congressional and mainstream media debate, even protest, were voiced, for example, during the run-up to the US wars in Vietnam and Iraq and, more recently, proposed wars against Iran and Syria. This Cold War—its epicenter on Russia’s borders; undertaken amid inflammatory American, Russian and Ukrainian media misinformation; and unfolding without the stabilizing practices that prevented disasters during the preceding Cold War—may be even more perilous. It will almost certainly result in a new nuclear arms race, a prospect made worse by Obama’s provocative public assertion that “our conventional forces are significantly superior to the Russians’,” and possibly an actual war with Russia triggered by Ukraine’s looming civil war. (NATO and Russian forces are already mobilizing on the country’s western and eastern borders, while the US-backed Kiev government is warning of a “third world war.”)

And yet, all this has come with the virtually unanimous, bipartisan support, or indifference, of the US political establishment, from left to right, Democrats and Republicans, progressives (whose domestic programs will be gravely endangered) and conservatives. It has also been supported by mainstream media that shape and reflect policy-making opinion, from the Times and The Washington Post to The Wall Street Journal, from The New Republic to The Weekly Standard, from MSNBC to Fox News, from NPR to commercial radio news. (There are notable exceptions, including this magazine, but none close enough to the mainstream to be “authoritative” inside the Beltway.)

To be more specific, not one of the 535 members of Congress has publicly expressed doubts about the White House’s new “Cold War strategy of containment.” Nor have any of the former US presidents or presidential candidates who once advocated partnership with post-Soviet Russia. Before the Ukraine crisis deepened, a handful of unofficial dissenters did appear on mainstream television, radio and op-ed pages, but so few and fleetingly they seemed to be heretics awaiting banishment. Their voices have since been muted by legions of cold warriors.

Both sides in the confrontation, the West and Russia, have legitimate grievances. Does this mean, however, that the American establishment’s account of recent events should not be questioned? That it was imposed on the West by Putin’s “aggression,” and this because of his desire “to re-create as much of the old Soviet empire as he can” or merely to “maintain Putin’s domestic rating.” Does it mean there is nothing credible enough to discuss in Moscow’s side of the story? That twenty years of NATO’s eastward expansion has caused Russia to feel cornered. That the Ukraine crisis was instigated by the West’s attempt, last November, to smuggle the former Soviet republic into NATO. That the West’s jettisoning in February of its own agreement with then-President Viktor Yanukovych brought to power in Kiev an unelected regime so anti-Russian and so uncritically embraced by Washington that the Kremlin felt an urgent need to annex predominantly Russian Crimea, the home of its most cherished naval base. And, most recently, that Kiev’s sending of military units to suppress protests in pro-Russian eastern Ukraine is itself a violation of the April 17 agreement to de-escalate the crisis.

Future historians will certainly find some merit in Moscow’s arguments, and wonder why they are being widely debated in, for example, Germany, but not in America. It may already be too late for the democratic debate the US elite owes our nation. If so, the costs to American democracy are already clear.