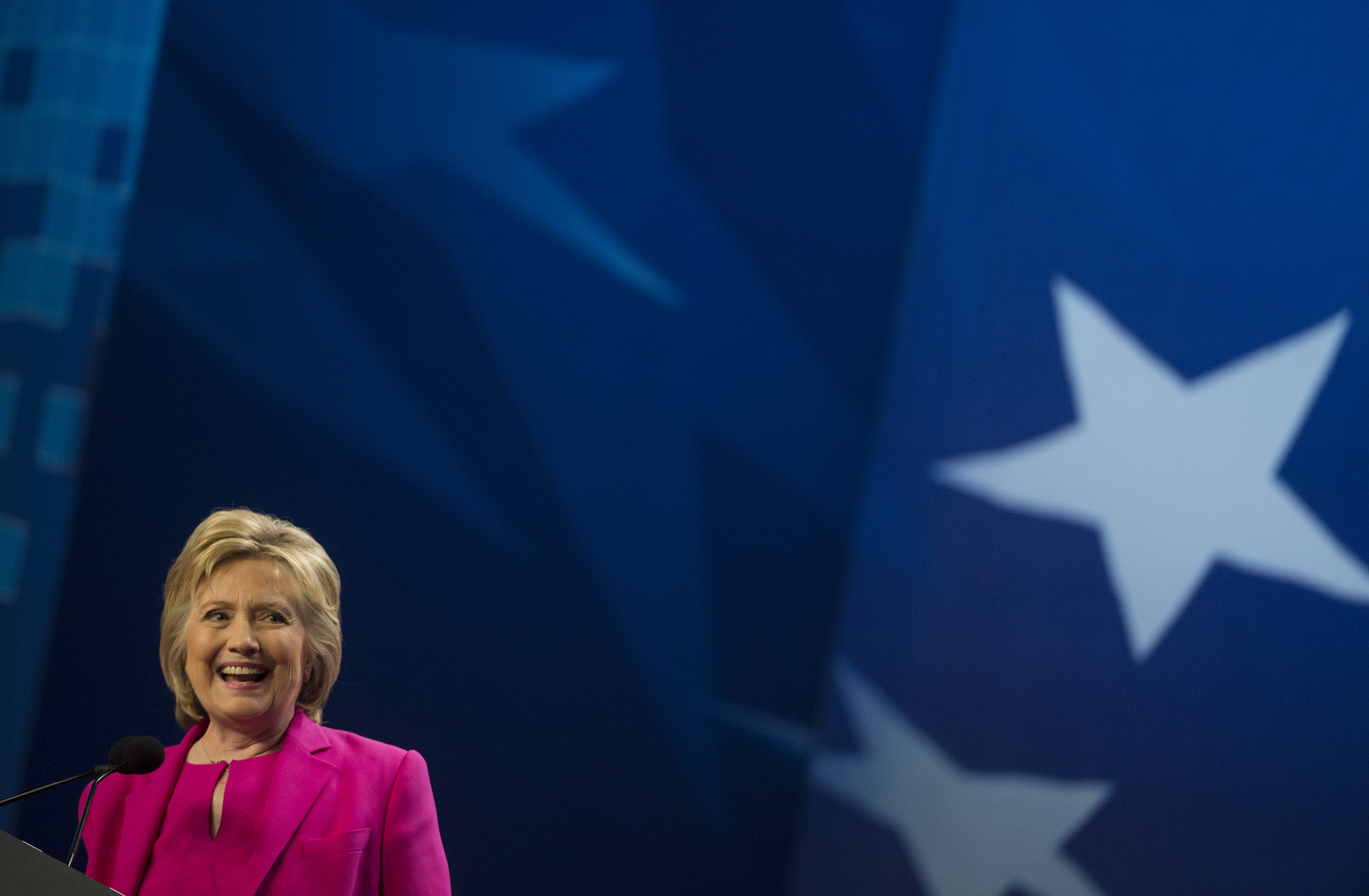 FBI Director James Comey’s extraordinary press statement Tuesday, announcing that he won’t recommend charges against Hillary Clinton despite what he called her “careless” handling of classified e-mail, contained a little something for everyone.

Clinton’s enemies, including but not limited to Republicans, will seize on Comey’s use of the words “extremely careless” to describe her State Department’s e-mail practices. They will also hype his finding that, despite her claims otherwise, Clinton sent and received on her private server at least a few pieces of e-mail that “bore markings indicating the presence of classified information,” Clinton’s allies, including most Democrats, will tout the big headline: Despite the most fervid claims of Clinton-haters on the right and left, neither the presumptive Democratic nominee nor any of her State Department colleagues will face charges for their e-mail practices.

There are plenty of ways for Clinton to wave away Comey’s criticism and hype his exoneration—but she shouldn’t. In her defense: It’s true that the federal government’s classification practices are excessive and byzantine, and while Comey did find that a few e-mails Clinton sent were actually marked classified, the vast majority of supposedly “classified” e-mails under scrutiny were not. Clinton’s State Department, along with that of her predecessors, has already been criticized for imprudent e-mail practices in earlier investigations of Clinton’s use of a private server. Although cable news shows right now are breathlessly hyping Comey’s sharp Clinton critique, the FBI investigation’s outcome is unlikely to change anyone’s mind—especially given the fact that Clinton faces the most genuinely careless, in fact reckless, GOP nominee in modern history, Donald Trump.

Clinton may be tempted to just move on—she campaigns with President Obama this afternoon, which may well help shift the news cycle to her benefit. But she should face Comey’s criticism head on. Acknowledging it could be the first step toward dealing with her climbing disapproval ratings and the disturbing seven in 10 voters who say they have questions about her “trustworthiness.” She should make clear to voters that she’s heard Comey’s reproach and taken it to heart—and commit herself to transforming the culture at the State Department and throughout the federal government as president.

The term “Clinton rules” have, over time, come to have two meanings. The one familiar to Clinton supporters is this: Both the former president as well as the presumptive nominee have spent their adulthoods on the political firing line, attacked by two generations of right-wing operatives, and they have faced a media culture in which they are guilty until proven innocent. But that’s led to another perception of “Clinton rules”: whether out of entitlement, or disgust at the media’s double standards, the former first couple sometimes acts as though rules of propriety don’t apply to them. From Clinton’s ill-advised Goldman Sachs speeches to her use of a private server in the first place, she seems to be unable to perceive the (at minimum) appearance of sleaze such decisions will communicate. If she has advisers who try to help her see such conflicts, it often seems that she doesn’t listen to them.

There is genuine good news for Clinton in Comey’s Tuesday report. It’s not so much that she won’t be indicted—no one except half-wit conspiracy theorists on the left and right expected such an outcome, since it would have required a finding that she knowingly and intentionally shared classified information without concern about harming national security. Only crackpot Clinton haters could possibly believe that of the former secretary of state.

The real relief is that the slow and steady drip of real or imagined damaging information—revelations from anonymous FBI or House GOP “sources,” of newly released e-mail, of new testimony and new interviews—is now over. The investigation is closed. And even Comey’s uncommonly critical remarks are unlikely to change any minds about Clinton—especially given that she faces Trump. The news that she was interviewed by the FBI over this holiday weekend was overshadowed by Trump’s tweeting an anti-Semitic image from his personal Twitter account. If it’s better to be lucky than good, Clinton has been luckier than any Democrat in recent memory—save, perhaps, Missouri Senator Claire McCaskill—in drawing Trump as her opponent.

Still, she ought to reckon with Comey’s words before moving on. She will not be charged, which proves that Clinton is not below the law, subject to unending critical scrutiny or character assassination, despite the quarter-century of work by a genuinely vast right-wing enemies network. Now it’s time to prove that she knows she’s not above the law either.