I went to see Claire Denis’s first English-language film, High Life, all alone—though there were others in the theater. I had read a lot about the film since it was announced and seen a trailer, but months later, I still had no idea what to expect. In the screening room, I heard another attendee compare the film, which the person previously saw at a festival, to Denis’s more disturbing Bastards (2013) and Trouble Every Day (2001). The knowing commentary set me up for anxious viewing. I spent most of the film anticipating trauma, particularly mine. (I’m sensitive.) But my fellow critic turned out to be wrong. High Life is, in fact, of the Let the Sunshine In (2017), 35 Shots of Rum (2008) canon. It dares to infuse light where it seems that only darkness can—or ought to—occur. 1

Yet trauma still abounds for the film’s cast of characters: death row inmates who are essentially slaves, with the option to perish on Earth or beyond it. They spend their days idling away on a doomed space mission to discover a habitable planet. The men jerk off into cups for the spacecraft’s witchy doctor, Dibs (Juliette Binoche), who hopes to inseminate one of the women, thereby creating life in purgatory. And their trauma does not only originate on Earth: A shocking rape scene is sleepily foreshadowed and then brutally concluded when a helpless bystander, a female passenger, stabs the rapist in the eye after he is beaten to the floor. Dibs later rapes a different passenger as he sleeps, cooing her lust into his ear with unyielding desperation. 2

So indeed, we see the violations, transgressions, and casual brutality of Denis’s previous contributions to what film critic James Quandt called the “New French Extremity”—the transgressive, fleshy, gory films of French auteurs like Gaspar Noé and Bruno Dumont. But we also see the effervescence and warmth of Denis’s sweeter cinema. It is precisely this assemblage of the extreme and the restive—and the refusal to package them individually—that allows High Life to enter another realm. It’s a film that offers an uncertain hope alongside a certain demise. 3

But what is hope to a group of prisoners shuttled into space? This tragic, escapist mission recalls the words of (bear with me) philosopher Hannah Arendt, who begins her 1958 book, The Human Condition, describing the Sputnik satellite launch: “This event, second in importance to no other, not even to the splitting of the atom, would have been greeted with unmitigated joy if it had not been for the uncomfortable military and political circumstances attending it…. The immediate reaction, expressed on the spur of the moment, was relief about the first ‘step toward escape from men’s imprisonment to the earth.’” “Such feelings,” she goes on, “have been commonplace for some time.” High Life is premised on this shared existential unease and on the notion that viewers might not only sympathize with the inmate-passengers but also feel, in a cosmic sense, a similar desire to be free not only of our circumstances but also our very condition.4 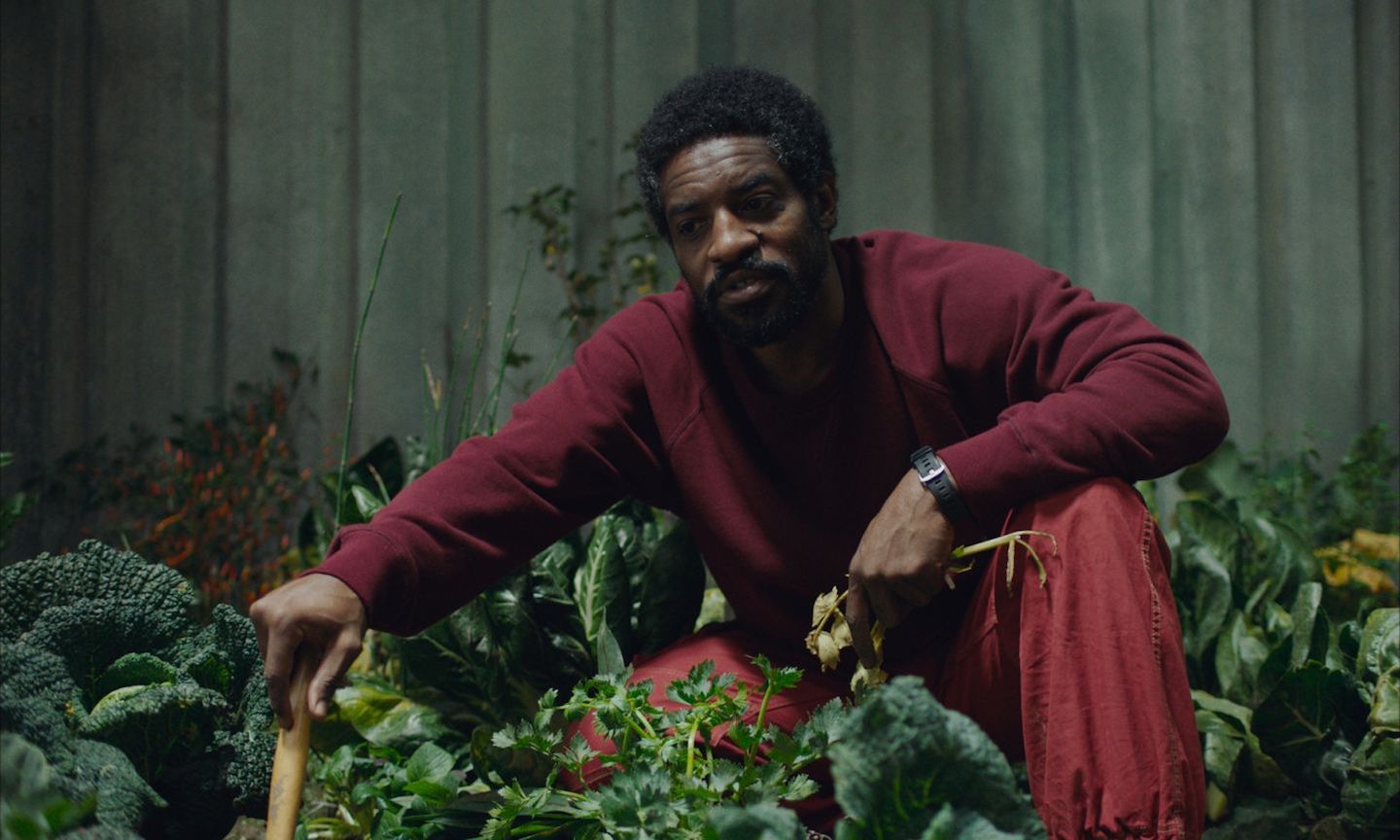 The film takes place long after the government has realized that it can, in an effort to do away any physical evidence of failure, send our prisons away from our earthly one. In one scene, a young woman interviews a scientist on Earth. He expresses deep regret over the mission, saying that people on Earth can no longer answer messages the prisoners send, messages that were sent years and years ago. The scientist and interviewer are riding a train, a sturdy vessel headed toward an unmistakable destination. The spacecraft, meanwhile, spins unhurriedly to nowhere. As its inhabitants’ days stretch on and on, their lives on Earth expire. 5

The film begins with Monte (Robert Pattinson) and his daughter, alone in space, long after all the other members of the mission have died, many lying pristinely in cryogenic body bags. He is raising a daughter without a world. Or at least without the one that shaped him, his ideas, and his boundaries. But there are videos—tapes of human rituals, like prayer, which seem to have come loaded on the spacecraft—that interest the girl. As she bows her head down in imitation, he stares at her, puzzled. 6

Much of the film is a flashback to when the other passengers were still alive on the ship. Dibs pleasures herself in a black-and-red chamber called the “fuck box,” another kind of prison and one that Monte recuses himself from in a vow of chastity. The slippery black room seems to be empty except for a red saddle with a dildo attached; you imagine that the saddle changes accessories for different sets of desires, but it’s only Dibs’s that we see. In the alternately sleek and bureaucratic-looking maze of the spacecraft, there’s also a garden, lush with well-spritzed vegetables. The incarcerated astronauts seem to love working the transplanted land, but they’re not supposed to muss themselves with the soil. Despite the garden, the rest of the spacecraft and its inhabitants are meant to stay sterile. Another passenger, the rebellious Boyse (Mia Goth), dirties herself anyway. When Monte confronts her, she sings a lullaby about loneliness in a way that is somehow both tender and unsettling. 7

The best performance in the film comes from musician Andre 3000 playing Tcherny, whose slow softness underscores deep shame. When Elektra, another passenger, dies after giving birth to a baby who also dies, from radiation, Tcherny wonders aloud—as Boyse weeps over her with a handful of soil—why the first one to go always has to be black. A sentimental American, he hopes the mission will be his redemption. His death is a willful fade into the dirt. With High Life, Denis doesn’t seek to transcend; it’s not her style. Instead, she clings to the flesh. We—floating in a universe we try but fail to grasp—are the limits.